Jennifer Copping was born and raised on the Sunshine Coast in Sechelt, B.C. She moved to Vancouver in her teenage years and got an agent to pursue her dreams: singing, dancing and acting on stage and screen.

Since then her 25-year career has taken her to many exciting cities and countries. Highlights include touring to Alaska with Les Miserables, touring and living in Chicago with Joseph and the Amazing Technicolor Dreamcoat with Donny Osmond, and most recently playing Mary Delgado in the Canadian premier of Jersey Boys.

On television she can be seen in current shows such as “Chaos”, “Fairly Legal” The Pastor’s Wife” and “The Haunting Hour”.

Recently Jennifer starred in Becoming Redwood (filmed in the lower mainland), which has been embraced by audiences at film festivals worldwide, winning awards for Best Canadian Feature at the Edmonton Film Festival and Most Popular Canadian Film at the Vancouver film festival. 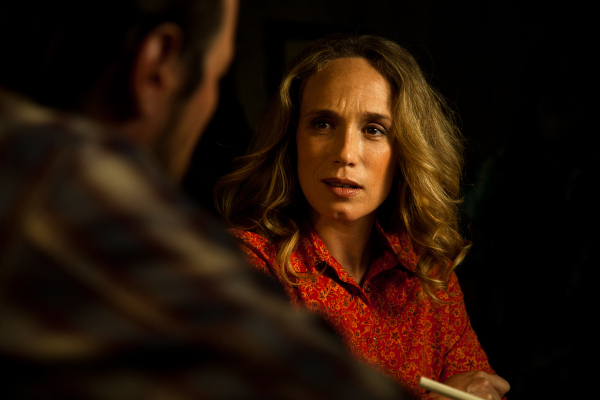 I had the pleasure of speaking with the talented actress; we talk more about her latest film Becoming Redwood, her time with Les Miserables, Save BC film and more.

Felix: You recently starred in the new film Becoming Redwood, tell us more about this project.

Jennifer: This film was something that my husband Jesse James Miller and I dreamed of doing together when he started writing it many years ago. We were living in Los Angeles at the time.

Felix: Which aspect of the film got you really excited about being part of the cast?

Jennifer: Once we had our first son Cian, the role took on a whole new meaning for me. The story of the movie really stems from Jade’s unthinkable choice she has to make in regards to her children and how that ultimately affects their paths.

Felix: Tell us about your character Jade; how does she compare to past roles you have done?

Jennifer: I have been lucky to be involved with many Canadian Independent Features through the years, playing a social worker in Bruce Spangler’s Protection, a therapist in Pete McCormack’s See Grace Fly and a bar gal in Mark Lewis’s Ill Fated. Jade was by far the deepest most conflicted character I have ever faced. 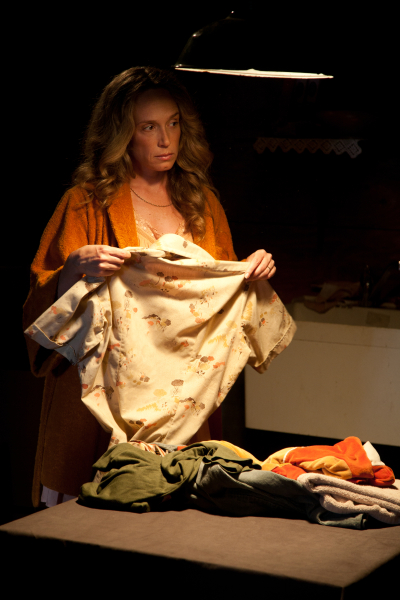 Felix: Any challenges or surprises from your experiences on set?

Jennifer: Mostly no… But I have never been this close to a film and after all the years of imagining the sets and costumes and characters, to see them come to life when you would arrive on set each day was thrilling!

Felix: The last time I met you was at the VIFF: Lighthouse Pictures & Jetset Crew Red Carpet Film Party. You were very much pregnant. I hear since then you gave birth to your son, Keen Indigo, congratulations. My questions is — how did you come up with the name Keen Indigo?

Jennifer: I sure was!! And that was my third night out promoting the film in a row. I was taking one for the team! Our first born son is named Cian Blue and we always loved the name Keen as well. We thought by giving him the middle name Indigo it would make them of the same tribe. Cian means ancient and keen means Fighter. Both sentiments felt right to us in our journey as parents bringing them into this crazy world!

Felix: You are in the upcoming film Words & Pictures alongside fellow B.C. actress, Keegan Connor Tracy, and Hollywood star – Clive Owen. Tell us more about Words & Pictures. What was it like working with Clive Owen?

Jennifer: I will be shooting that project when we return from the Sonoma International Film Festival where Redwood is playing next week. I imagine it will be brilliant!

Felix: You’ve acted in motion pictures, television and have even done voice acting. Which do you prefer to do and why?

Jennifer: I also work in the theatre and direct theatre. I can honestly say I love it all. I would never stop doing any of it but I do hope to try my hand at directing film one day.

Felix: Let’s talk about Les Miserables, one of my favorite plays. You once toured to Alaska with Les Miserables – how awesome was that? What did you think of the new Hollywood adaptation?

Jennifer: Oh man…I stayed away from this conversation on FB because I didn’t want to be negative about something so incredible. The sheer fact that they got that musical on screen and sang live and managed all of the period sets and costumes and extras!! While there were some gorgeous performances…I just wasn’t moved the same way I was when I first saw it live at 18.

You can’t do better than Susan Gilmour singing I Dreamed a Dream. She made me weep and want to be on that stage so badly…luckily the phone rang a few weeks later that I would be joining the tour understudying Eponine. It was, to this day, the other highlight of my career along with working with my husband on this film.

Felix: If you could work with anyone in your next project, who would it be and why?

Jennifer: Sean Penn because he’s incredible or join the cast of House of Cards for the second Season playing Robin Wright’s sister, I love the quiet intensity she brings to her work and I definitely tried to find that when I played Jade. How’s that for an answer!

Felix: As a long-standing, working, B.C. actress, is there anything you wish to say or address about the current Save BC Film campaign?

Jennifer: From this experience, seeing firsthand how difficult it is to make a film but ultimately how rewarding it is, I think this downturn while terrible financially has been a strong force in bringing together like-minded people who want to tell their stories.

Everyone is getting creative with how they do that…but the ideas keep coming. Some examples in the pipe are Jacquie Gould’s Pretty Life. Patrick Sabongui and Sage Brocklebank’s Scam – The Movie, the team behind DADS directed by Peter DeLuise and Profile Films slate of projects that you can check out at www.profilefilms.ca