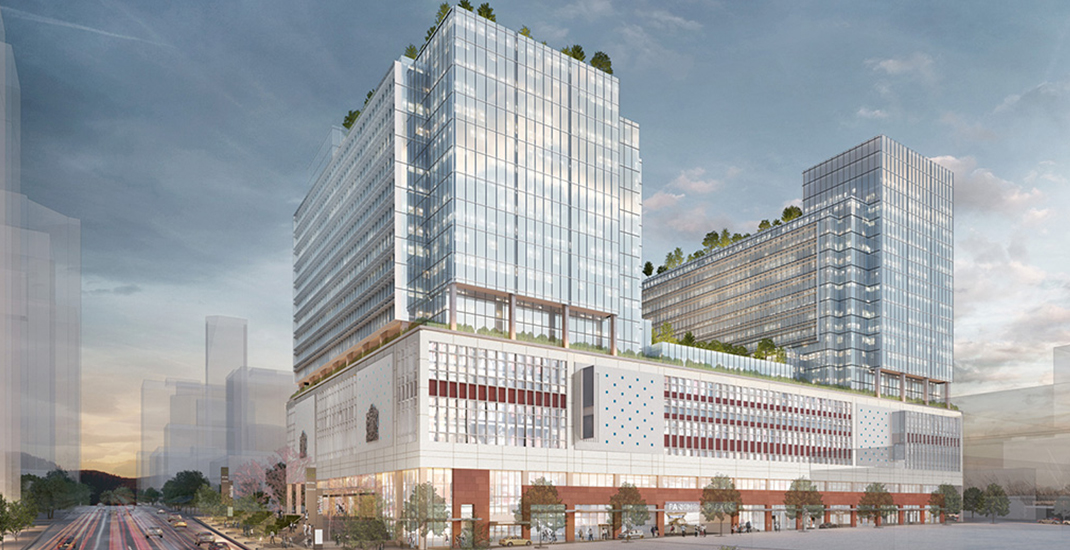 Amazon will soon have an even bigger presence in Vancouver.

The multinational company will be taking over the redevelopment project of the old Canada Post building in downtown for use as another office building to house its growing workforce in the city.

This morning, the company announced, alongside Prime Minister Justin Trudeau, that their redevelopment will create some 3,000 new jobs in downtown Vancouver, which would take their total number of staff locally to 5,000.

“Amazon is excited to create 3,000 more highly-skilled jobs in Vancouver,” said Alexandre Gagnon, Vice President of Amazon Canada and Mexico. “Vancouver is home to an incredibly talented and diverse workforce, and these thousands of new employees will invent on behalf of our customers worldwide.”

“Today’s announcement is a testament to Canada’s highly-skilled, diverse workforce and tremendous potential as an innovation and tech hub,” said Trudeau.

“Tech talent and investment are coming to our country in record numbers, and companies like Amazon are bringing even more energy, vision – and thousands of good jobs – to Canada,” he added. “We are proud to champion these companies, who invest in our talent and the future of our economy, and create new opportunities for Canadians to succeed.”

AT 416,000-sq-ft, this will be Amazon’s third and largest permanent office in the city after its 91,000-sq-ft TELUS Garden office and its new nine storey, 150,000 sq. ft. office building currently being built at 402 Dunsmuir Street.

The project, which is scheduled to be completed in 2022, will “preserve the building’s architectural heritage, while re-imagining it as a sustainable, developed, mixed-use project,” said Jesse Dougherty, Amazon’s general manager of web services.

The new jobs created and housed in the new building will be corporate positions, with most being specialized, high-tech roles, like software development engineers, he added.

The property’s owner is BC Investment Management Corporation, developer Bentall Kennedy, and architectural firm Musson Cattell Mackey Partnership. Previous plans to convert and expand the complex into a mixed-use building with retail, office, and residential have been cancelled. Instead, the new plan will have a mixture of commercial-only retail and office space.

In addition to Amazon’s space, there will be approximately 200,000 square feet for retail, which will include restaurants, a grocery store, entertainment, fashion, and convenience stores. 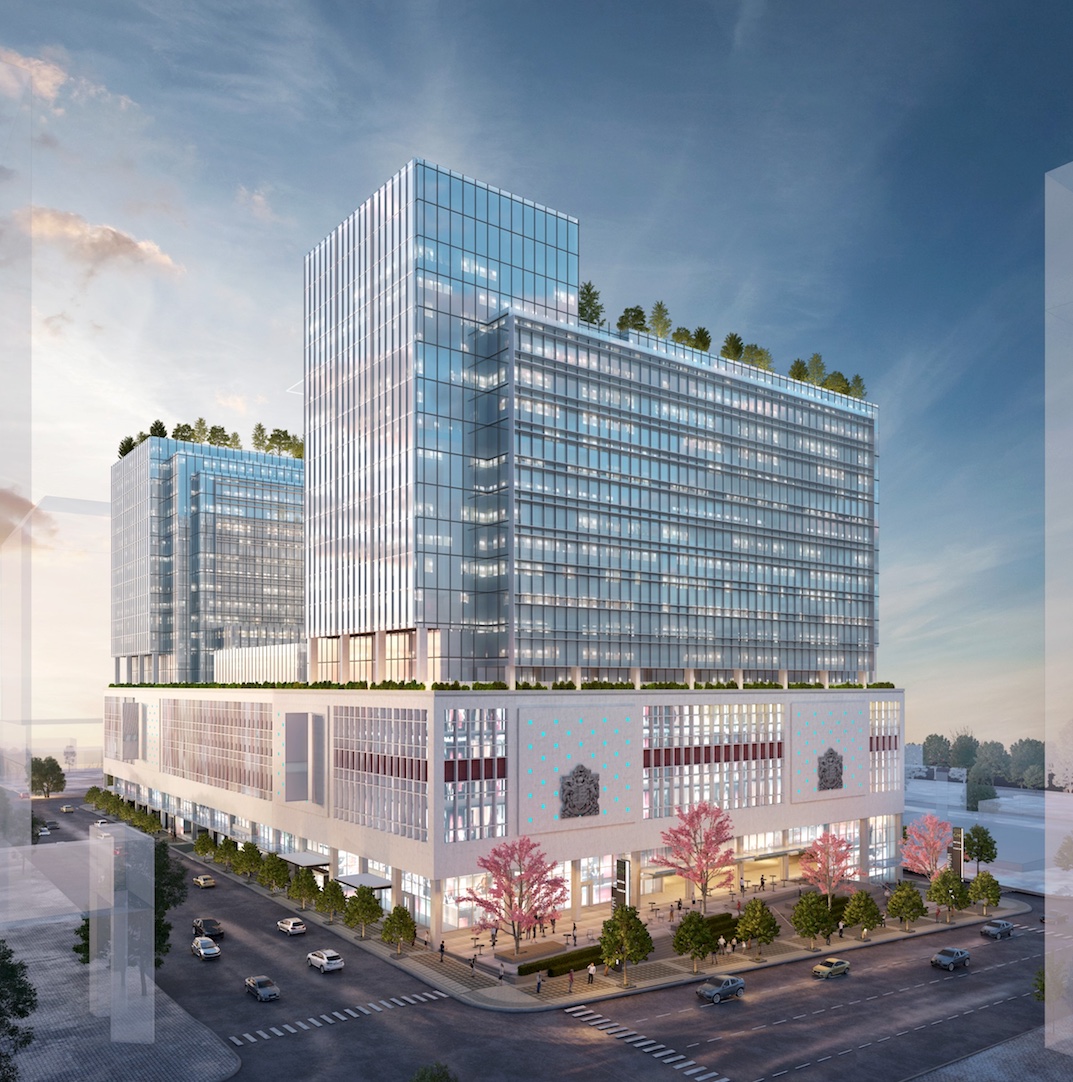 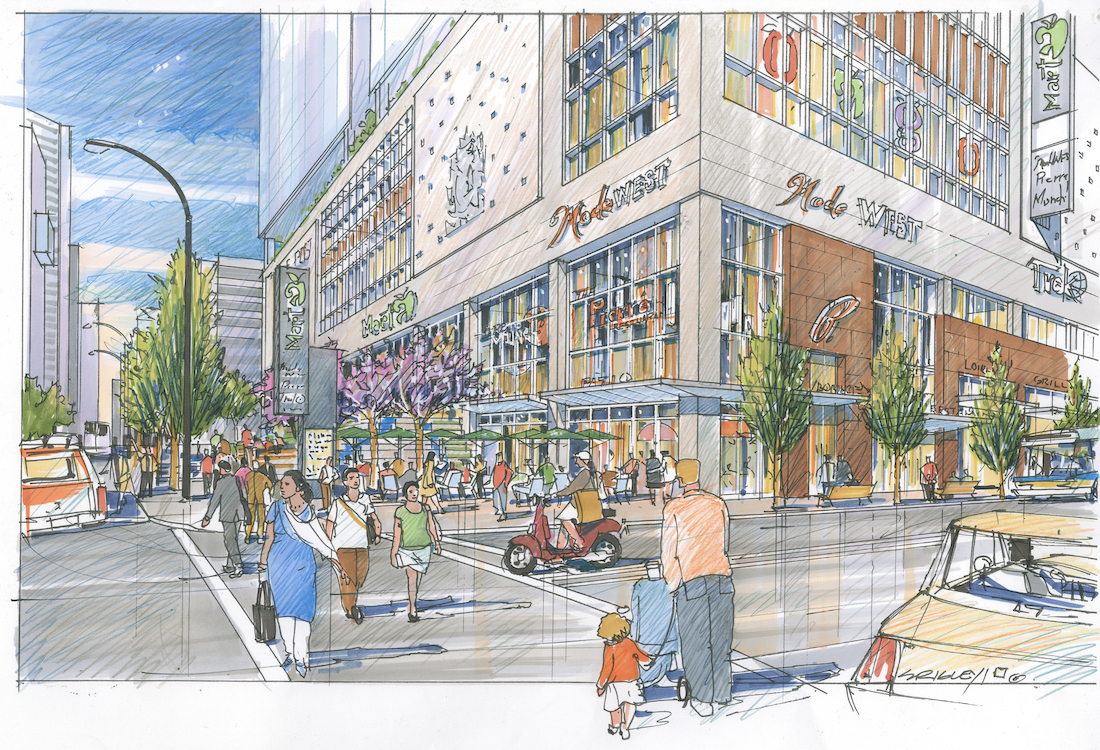 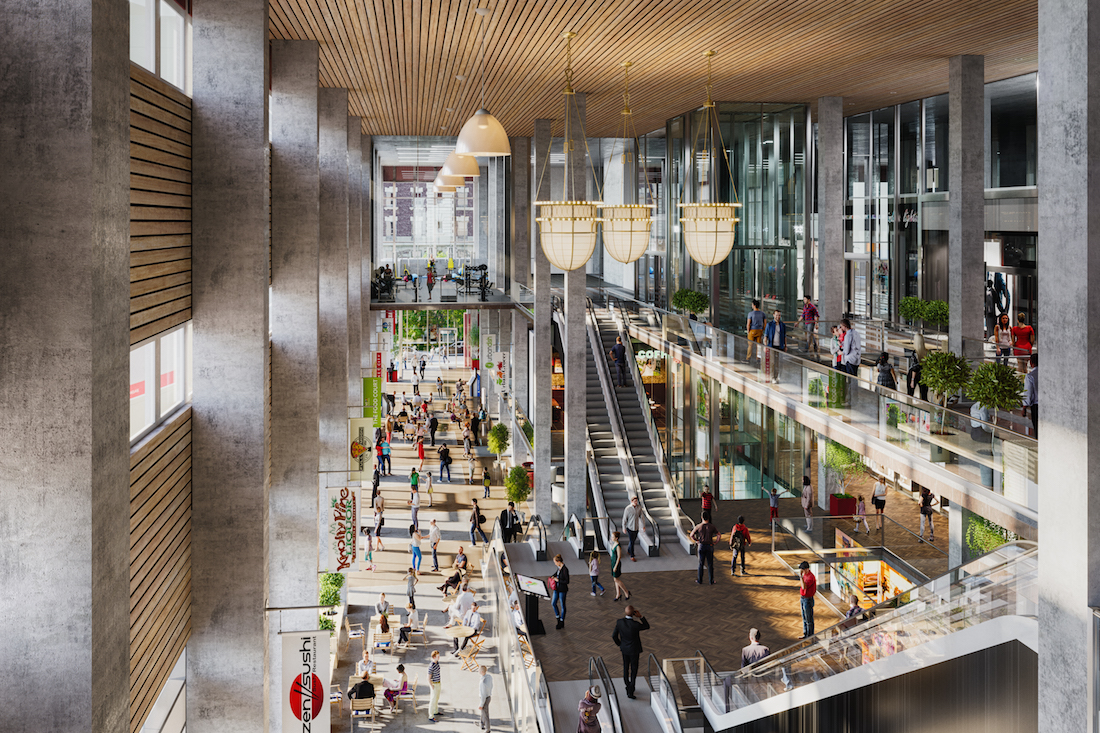