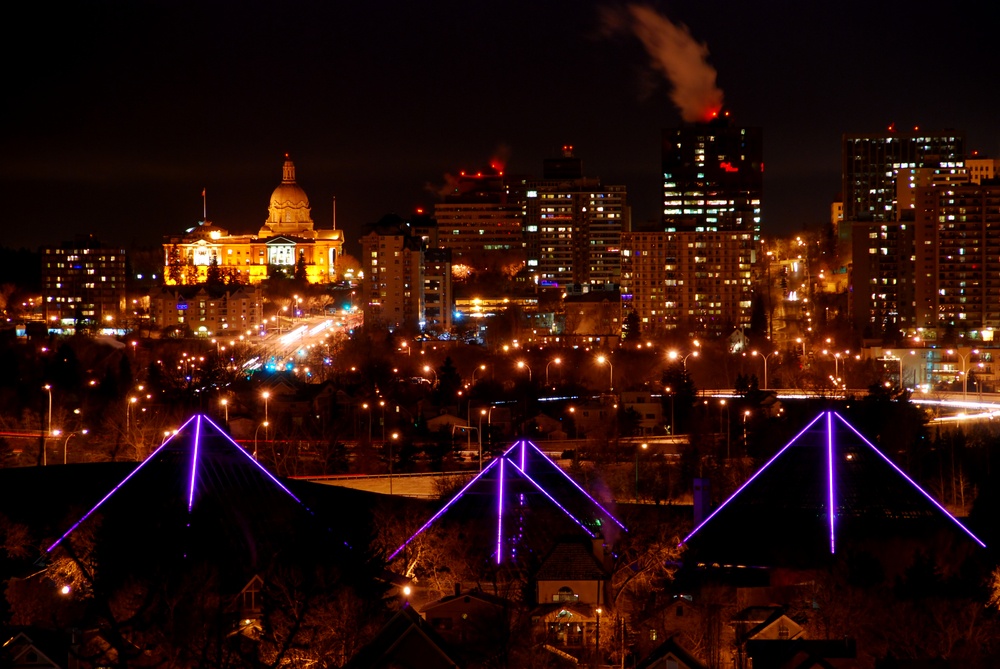 On the hit ABC television program “Once Upon a Time,” which just got renewed for a third season, the Evil Queen banishes every fairy tale character we’ve ever known, from Snow White to Jiminy Cricket, to the sleepy town of Storybrooke, Maine. While the show’s scenery certainly evokes a small coastal Maine town, it is actually filmed on location almost half a world away, in and around Vancouver, B.C. From pubs within Gastown to the main street of Steveston in Richmond, it’s not hard for any fan of the show to find the locations where Pinocchio became a real boy (again), Prince Charming captured the Evil Queen and the favourite stories of our childhoods come to life once again.

In Storybrooke, among the towering pines and along the quaint main street, the forces of good and evil clash as the town’s residents discover their true identities and settle old scores. 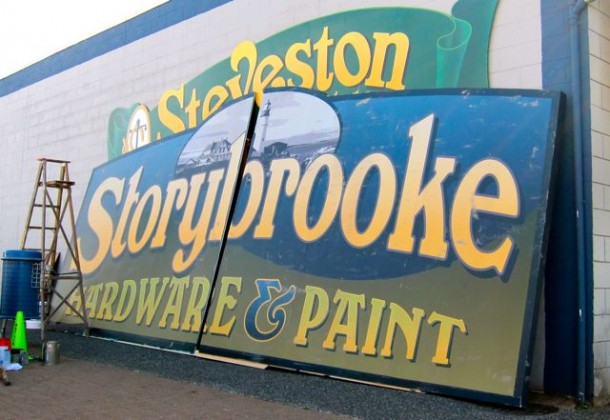 Any Once Upon a Time fans who stumble upon the small village of Steveston within the larger Metro Vancouver city of Richmond will find the town looks quite familiar. That’s because Moncton Street serves as the heart of Storybrooke in most exterior shots. Here you’ll find the Cannery Café, which stands in for Granny’s, as well as Dr. Archibald Hopper’s psychiatry offices in the Hepworth building. The Storybrooke Library (which fans know hides the entrance to the caves hiding Maleficent) is actually Nikka, a fishing and marine supply shop. And the Buck and Ear Pub in downtown Steveston became The Rabbit Hole, a rough-and-tumble dive bar that’s a favourite of Belle’s alter ego, Lacey. 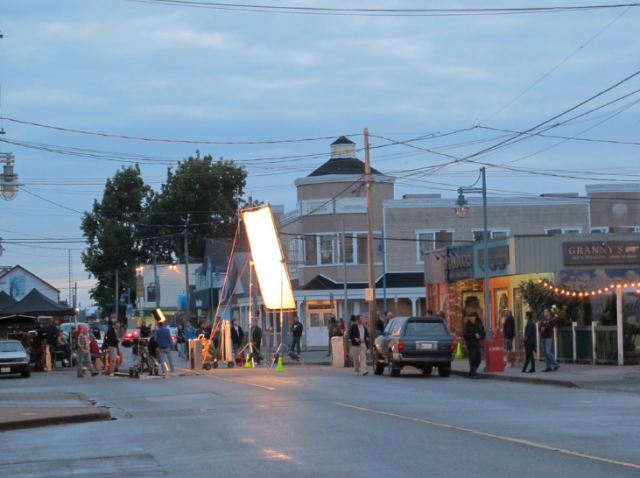 Of course, not all of Moncton Street’s establishments had their identities changed for the show. Eagle-eyed viewers have spotted such landmarks George’s, Dave’s and Kisamos in the background of pivotal scenes on the show. And Fisherman’s Park has made more than a few appearances on screen; the park is near Steveston Harbour, which stands in for Storybrooke’s waterfront (and the mooring site for Captain Hook’s ship The Jolly Roger). 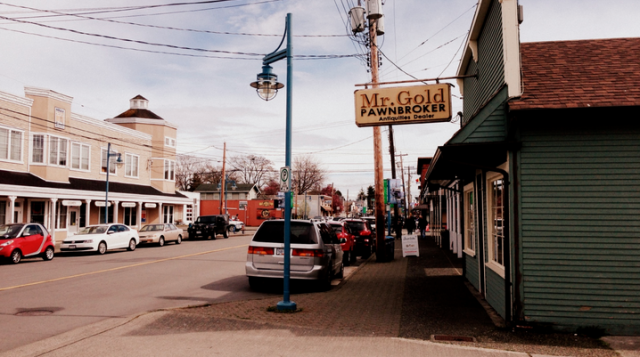 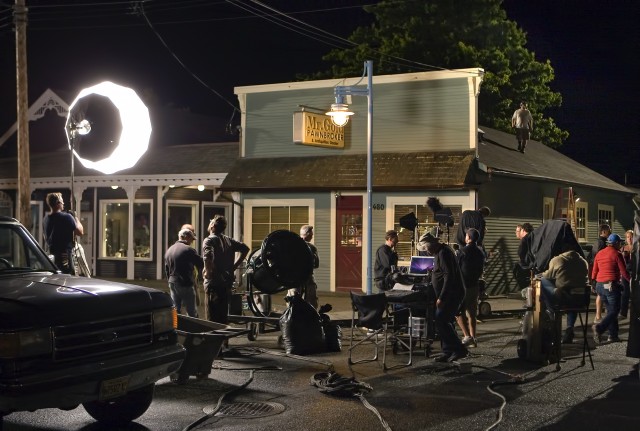 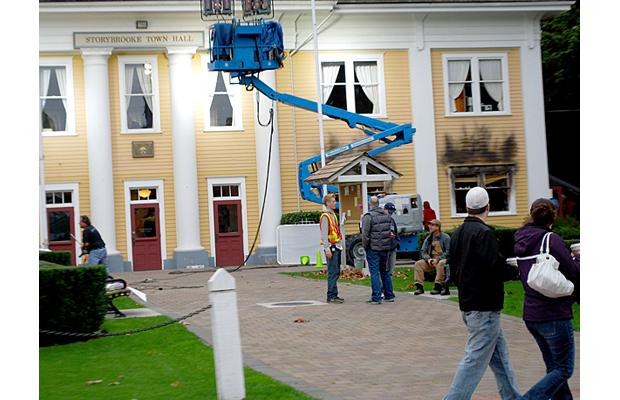 When the fairy tale characters are transported to Storybrooke by the Evil Queen’s curse, the Evil Queen herself joins them in the form of Regina Mills, the mayor of the town. Her office — lavishly decorated in black and white — is located in the Storybrooke Town Hall, a striking yellow building that is likely to be familiar to many television and movie audiences. The Storybrooke Town Hall is actually the Fort Langley Community Hall, a building that has appeared on multiple television shows (including Fringe) and movies (Spooky Buddies and Hope Springs most recently).

Downtown Fort Langley has also been the site of several scenes on the show. Much like in Steveston, local businesses along Glover Street have been transformed into Storybrooke landmarks. Businesses stretching from the community hall all the way to Gasoline Alley have appeared in various episodes. 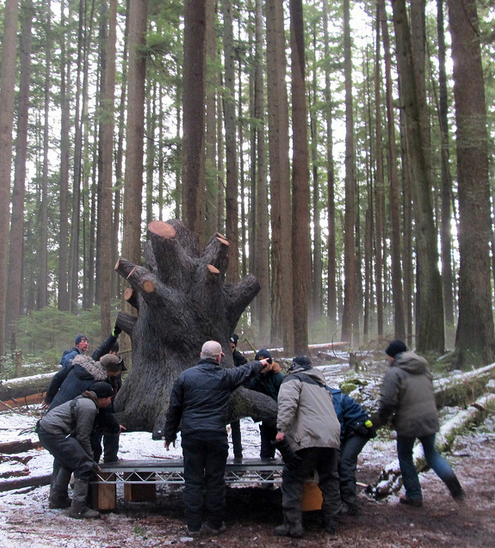 Another key setting for Once Upon a Time is Sheriff Emma Swan’s office. The daughter of Snow White and Prince Charming, Emma Swan is responsible for breaking the curse that kept all of the fairy tale characters trapped in Storybrooke and unaware of their true identities. She’s also responsible for keeping order in the town, which generally means thwarting whatever scheme Regina Mills comes up with to regain the power she had in Fairyland.

The exterior of the old Lynn Valley library stands in for Emma’s office, while inside you’ll find sets for the sheriff’s office and town jail cell, as well as the insane asylum where the queen held Belle prisoner for 28 years, a hospital room, classroom, a bed and breakfast room. The interior sets are closed to the public, but given that so many pivotal scenes are filmed at this location, it’s easy for fans to catch a glimpse of filming taking place on a fairly regular basis. 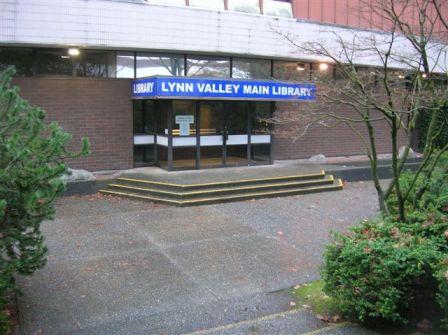 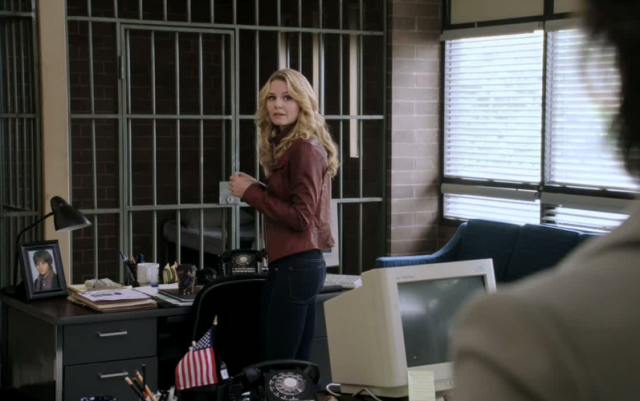 Of course, “Once Upon a Time” is not the only television show filming in and around Vancouver. On any given day you’re likely to find anything from a major feature film to a popular television show or new commercial being shot somewhere in the city. Once you’ve planned your summer stay-cation or helped friends/family search for cheap flights to Vancouver, rent a car so you can explore the city and the surrounding towns — you never know who you might run into.

Guest blogger Diane Ferrick has been a fan of “Once Upon a Time” from the very first episode and has made several trips to Steveston to watch scenes from her favourite show unfold. She writes about television and movies for a popular entertainment blog.