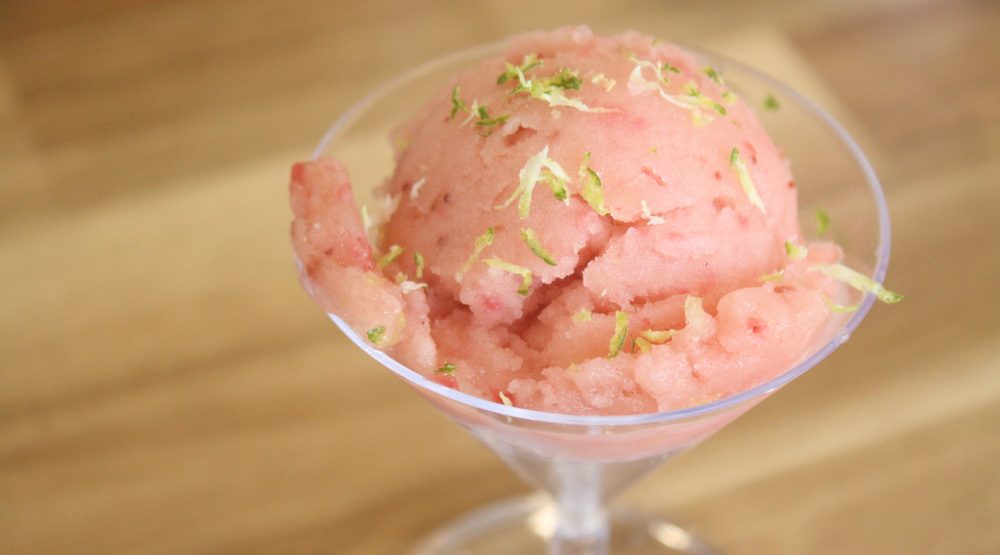 There’s a new kid on the block when it comes to dessert, and it’s not just basic ice-cream-in-a-cup they’re serving up, it’s a specialty liquid nitrogen cafe called 77k Freeze.

Named after the Kelvin Temperature Scale that enables liquid nitrogen to be made, 77k or -273°C, this spot is open at 2240 Commercial Drive, just a few blocks’ walk from the Commercial-Broadway SkyTrain station.

While there are other liquid nitrogen cafes like MagiCream on West 41st, Mister on Mainland Street, there’s nothing quite like 77k Freeze in East Van. 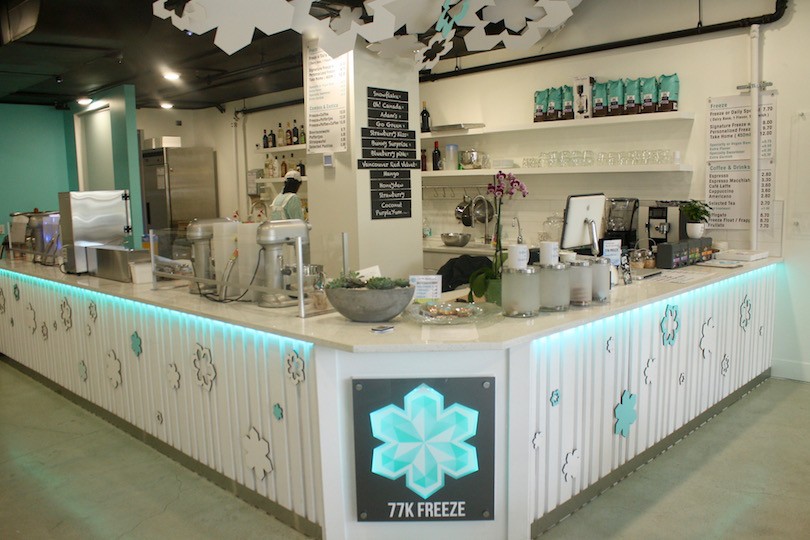 Liquid nitrogen desserts have slowly been gaining popularity over the last little while, but people are still just discovering the treat and all the flavour possibilities that come with it, and 77k’s goal is to help you created something unique that you can’t get enough of. 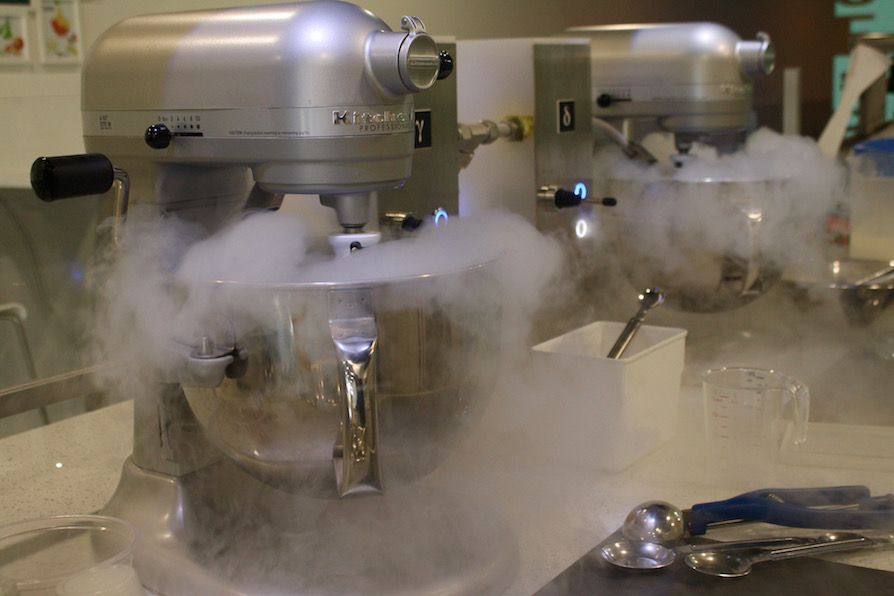 The next step is picking your flavour and 77k allows patrons to get pretty creative here, whether you’d like a classic chocolate or vanilla, or something more daring like carrot or even spinach – you can pick from any of the ingredients they have to offer.

The varieties you can create are limitless, and it is all made to order right in front of you. 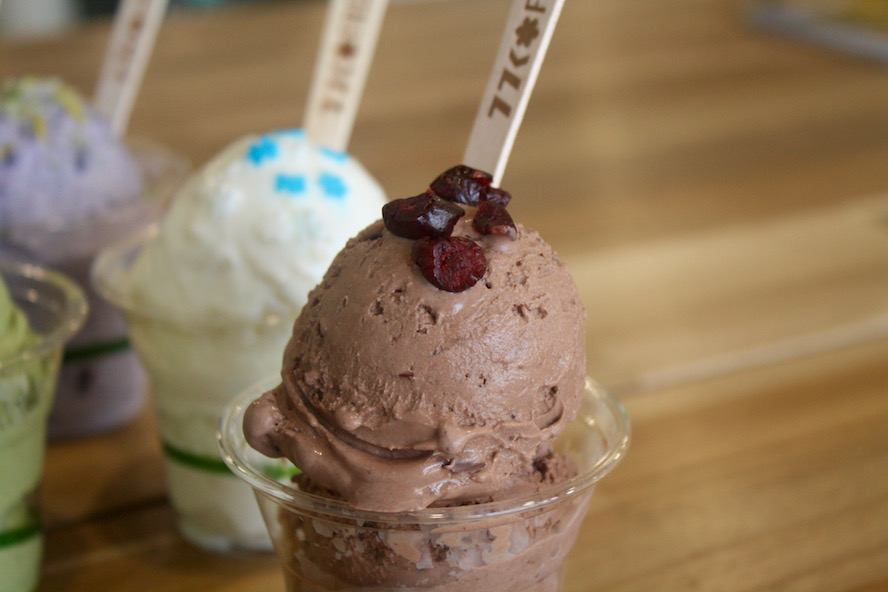 And while customization seems fun, if you’d rather go with something already created from the menu, there are 13 kinds to choose from at the minute. 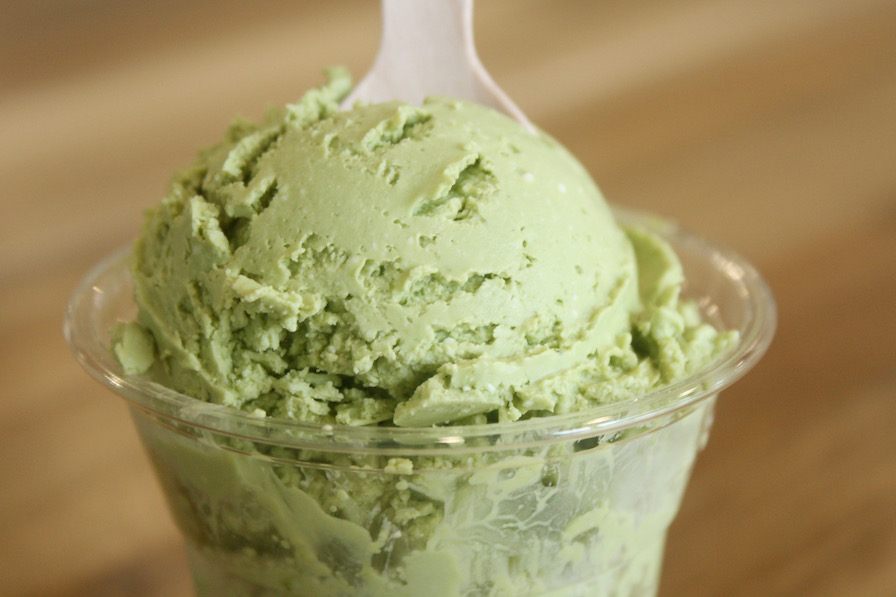 More adventures folks can try Snowflake, a lychee and water chestnut combination – and they can also switch up any base in all of these creations, which means all flavours can be made into 100% vegan desserts. 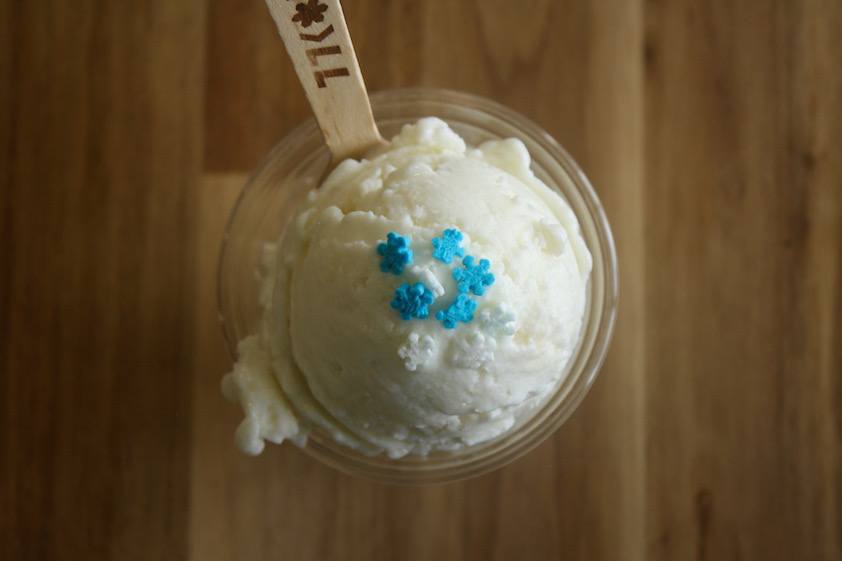 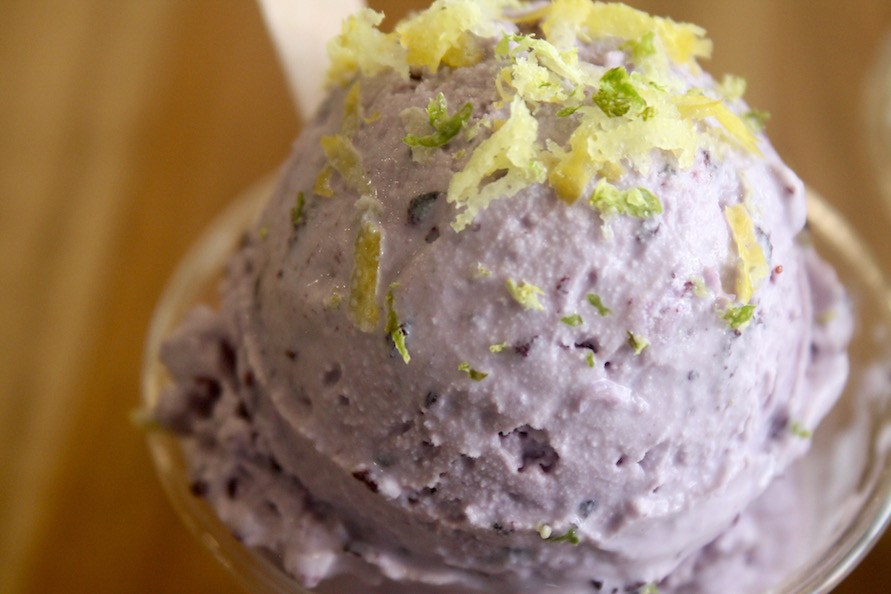 If you’re of legal drinking age and it’s after 7 pm, you can get in on some 19+ fun with 77k’s cocktail liquid nitrogen creations.

With well-stocked bar and additional housemade liqueurs, rum, and champagne, 77k has the ability to make boozy combinations into cold treats upon request, part of a “Dark Matters” menu that is currently being finalized – although you can feel free to go in and try right now. 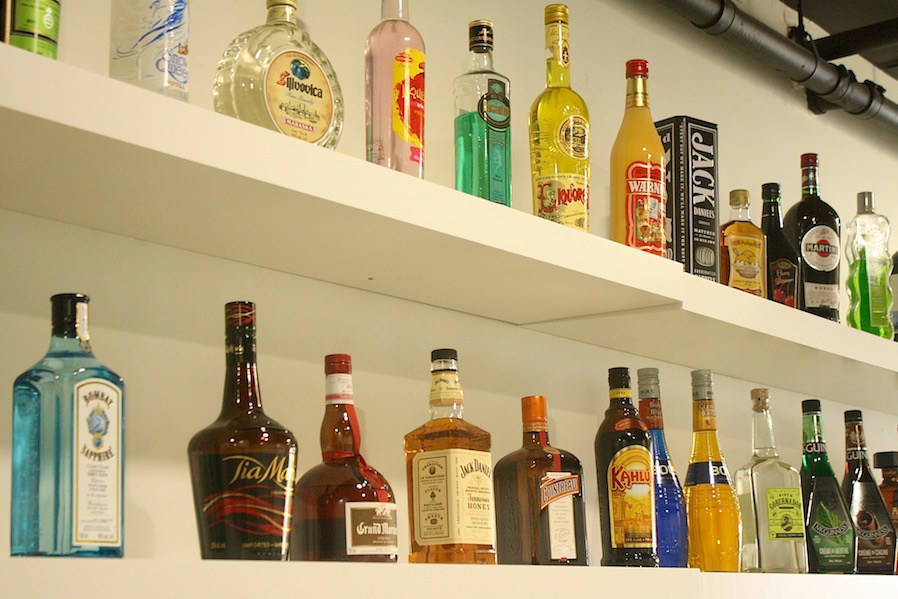 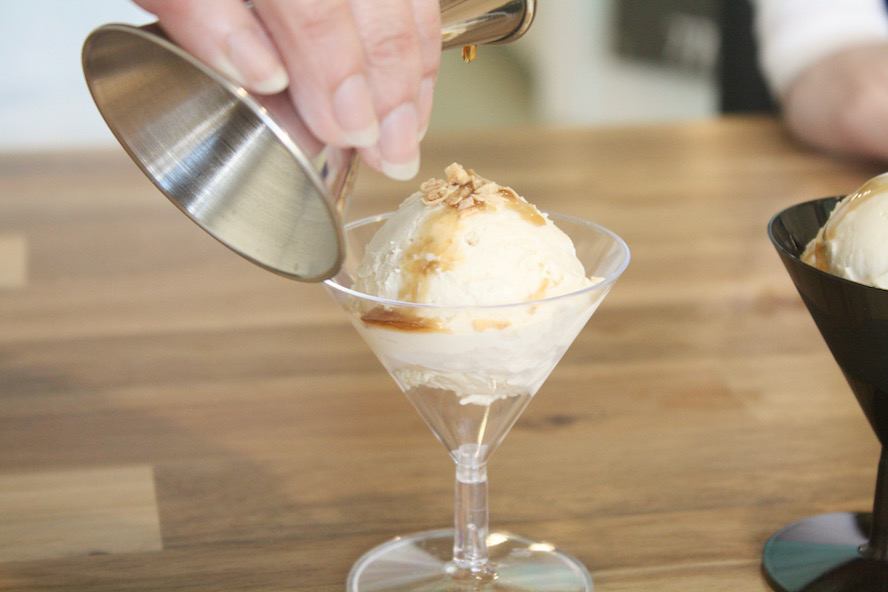 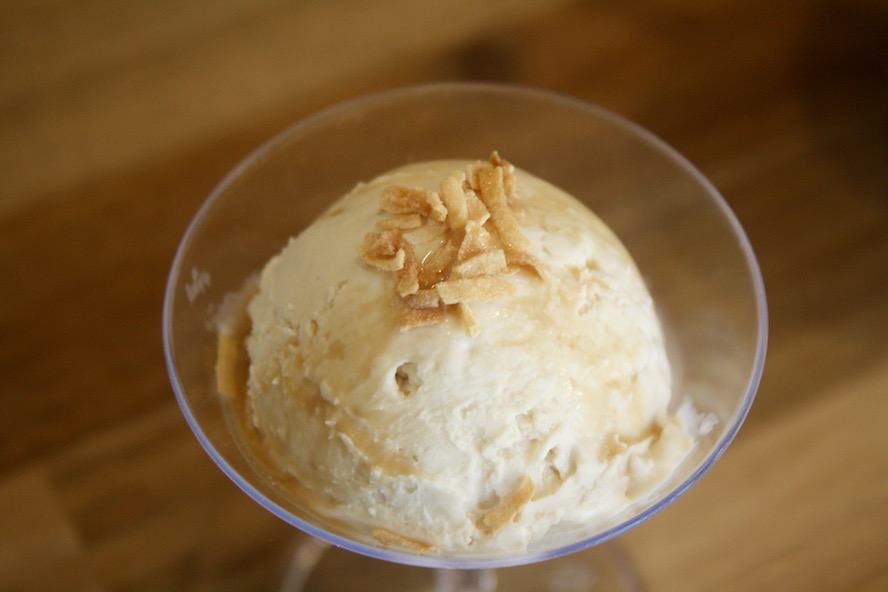 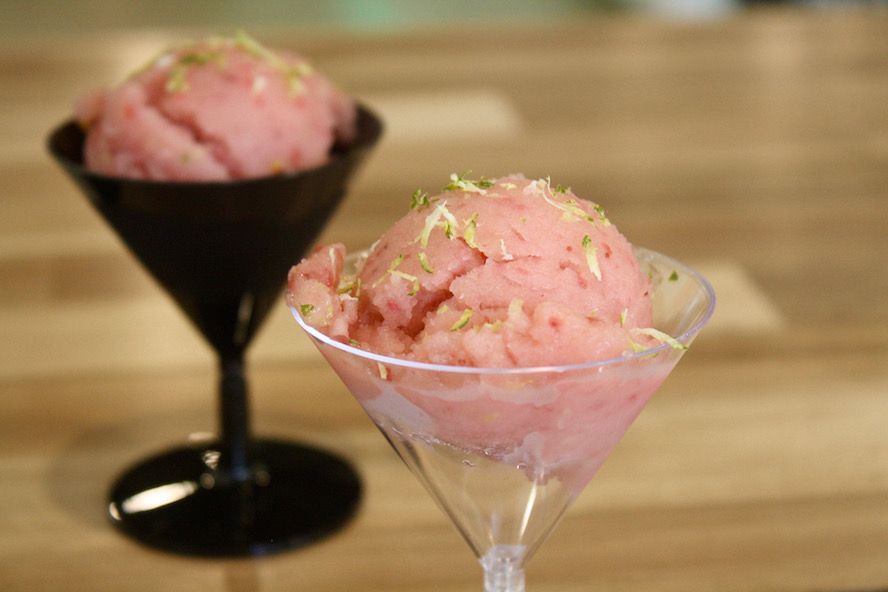 While the Dark Matters come in smaller portions, the regular menu liquid nitrogen portions are about three small scoops-worth, they completely fill the compostable and biodegradable cups they are served in.

This cafe also has a variety of baked goods such as Poffertjes (Dutch mini pancakes) and Stroopwafels (Dutch waffles), along with coffee, espresso, tea, and the option to make a freeze float with soda or a liquid nitrogen freeze affogato. 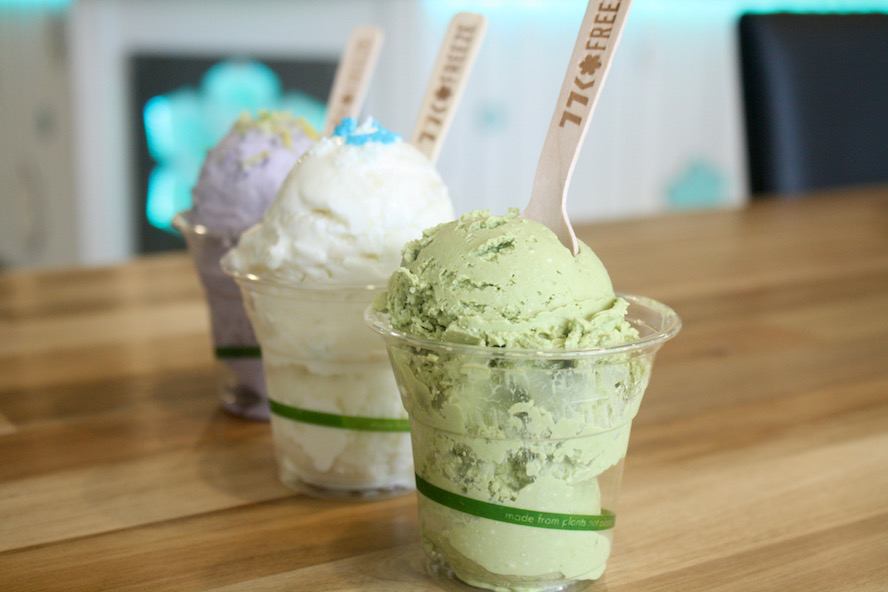 The 77k space consists of the large open concept counter and kitchen, and many tables where people can settle in to enjoy their treats.

The 1,500 square-foot space has a large garage door-style sliding window at the front as well as a lounge in the back which 77k refers to as the Ice*Burg Lounge. This back area can be rented for private functions and celebrations.

If you’re bored of your regular dessert routine, we recommend heading to this spot to try your hand at making the perfect flavour.