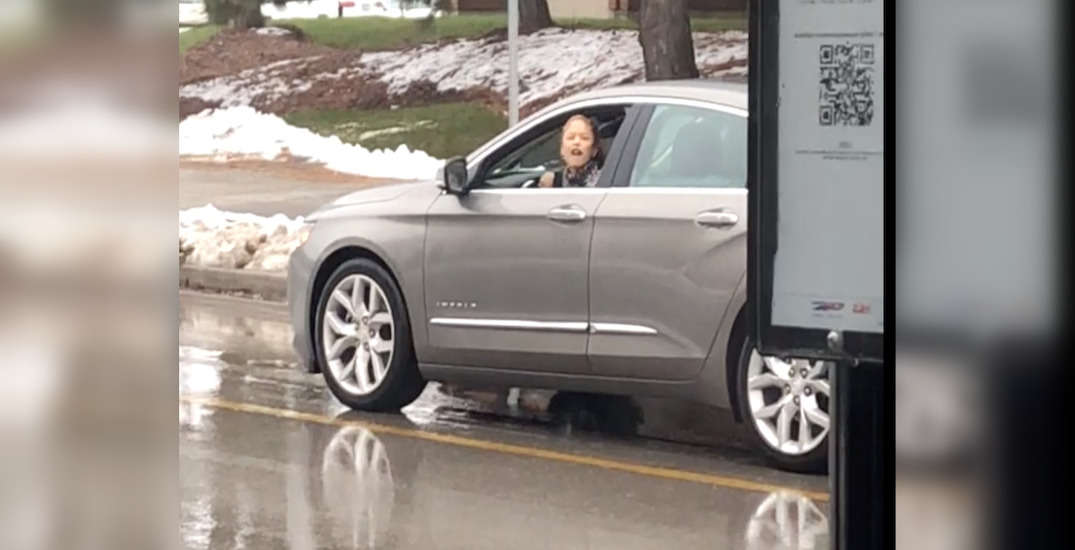 A video shared online depicts a disturbing, racist encounter between a woman and a group of bystanders near York University on Monday morning.

The eight-second clip shared on Reddit shows a woman driving a vehicle pass by a group of people standing at a bus stop.

You can see the woman slowly drive her car down the street as she leans out of the window to yell at the group of people waiting for the bus.

“You’re fucking nasty,” the woman can be heard screaming in the video before adding, “get the fuck out of our country!”

According to the Reddit thread, the incident occurred around 8:30 am Monday morning near the Zum bus stop.

The user who shared the video also alleged the woman yelled: “go back to your home Pakis,” however that was not caught on film.

Crazy woman yelling “go back to your home Pakis” at Zum bus stop. Anyone know who she is? from r/yorku