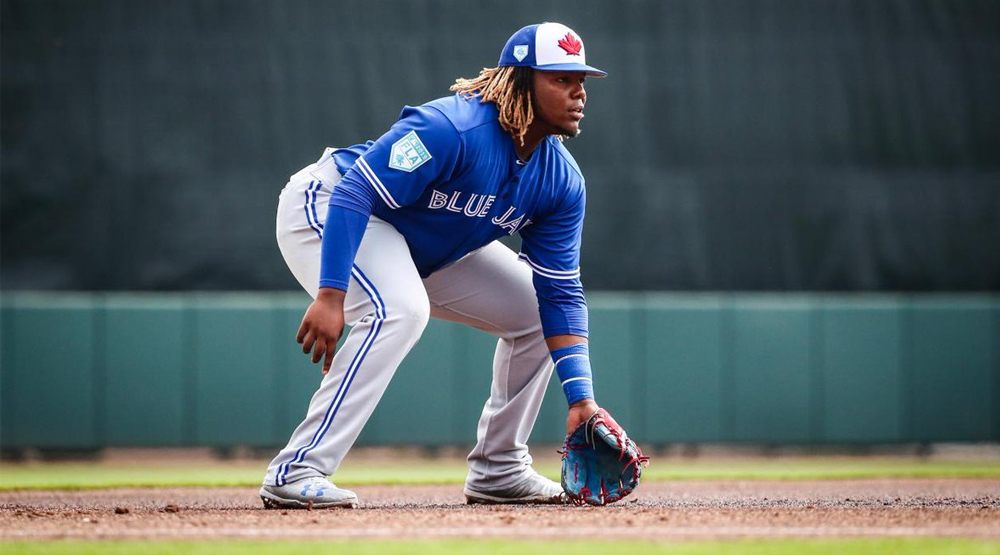 The Toronto Blue Jays front office doubled down on the worst-kept secret in all of baseball.

They intend on keeping Vladimir Guerrero Jr, their number one prospect — and baseball’s consensus top prospect — in the minor leagues to begin the 2019 season. Perhaps even later.

None of this should come as a surprise. Major League Baseball’s service time structure allows teams to keep their star prospects in the minors for a few weeks before guaranteeing an additional year of team control.

Everyone around baseball knows the Blue Jays will do this. Despite claims from the team’s front office suggesting Guerrero needs to work on his defence, his bat is more than ready for the big leagues. He’ll celebrate his 20th birthday in March.

No one should be shocked when the Blue Jays follow the same path as the Chicago Cubs did with Kris Bryant in 2015 and what the Atlanta Braves did with Ronald Acuna Jr last year. It’s their method of manipulating the service time loophole to gain an extra year of team control.

That move is expected, but that doesn’t make it okay.

In an attempt to justify holding Vlad back in the minor leagues, general manager Ross Atkins took out another card from his Rolodex of excuses as to why the Blue Jays haven’t promoted Vladdy yet.

What’s next? “We’d prefer to acclimatize him to living in Canada by having him watch every episode of the Littlest Hobo, Degrassi and Schitt’s Creek before calling him up?” That’s a completely hypothetical scenario, but what else does this young man need to do to prove he’s ready to rake in MLB?

The Blue Jays GM preached the importance of development, suggesting that defence and base-running are two issues which the 19-year-old needs to develop. In order to avoid a grievance from the players’ union, these are things which Atkins is essentially required to say.

To suggest that a young player of Guerrero’s calibre needs “work” or “isn’t a Major League player” is an insult to what he’s accomplished in his first two full seasons as a prospect.

The Blue Jays are taking the ultra-cautious and conservative approach here for a few reasons. One, the service time thing; it’s in their best interest to extract as much value as humanly possible out of a potential perennial MVP candidate like Guerrero. If he’s as good as everyone thinks he’ll be, the Blue Jays want to lock him down for seven years (as opposed to six).

Two, the Blue Jays are in no rush whatsoever to bring Guerrero into the fold because this team very likely won’t contend in the short-term. It would be one thing if the Blue Jays were in contention last summer and they needed an impact bat like Vladdy’s to fortify their lineup. As successful as he might be this year, no amount of production from Guerrero will single-handedly propel the Blue Jays into the playoffs in 2019.

Atkins’ comments were a little disconcerting because it suggests that Guerrero, the number one prospect in baseball, isn’t a polished product yet. Is this suddenly going to change three weeks into the regular season? Will that extra handful of games in Buffalo suddenly erase all is flaws and make him a complete player?

Let’s not kid ourselves, any other team in this exact scenario would do the same thing with Guerrero. This is hardly a problem that’s unique to the Blue Jays, but the lens is focused squarely under the team as the service time issue appears to be a battleground for the next collective bargaining agreement.

When the time comes for MLB players and owners to negotiate the next CBA at the end of 2021, the players union will surely cite Guerrero as a prime example how service time is structured and manipulated to pay players as little as possible for their first three seasons in Major League Baseball.

Whereas before, the Blue Jays were just dodging the issue, it’s veered into blatant disregard for service time manipulation. There’s no fooling anyone about what’s going on here; it’s a sham and should be labelled as such, even if the system allows front offices to do this.

The current system is designed for teams like the Blue Jays to exploit this issue. They aren’t the first team to do this and they won’t be the last, either. It’s unfortunate when a star talent, like Guerrero, is held back from the big leagues due to a technicality.

Credit to Atkins who keeps coming up with new ways to dance around the Guerrero issue. It’s insulting to a player like Guerrero who has done everything the organization has asked, he’s passed every test he’s been faced with.

Aside from working on a few things under the watchful eye of triple-A coaches, there are no logical reasons why the 19-year-old shouldn’t be on the Blue Jays’ Opening Day roster. Heck, if we’re going on merit alone, he should’ve been promoted to the Blue Jays last August.

In the meantime, this long, awkward dance continues … until the day the Blue Jays finally start the service clock on one of the biggest prospects in their history.