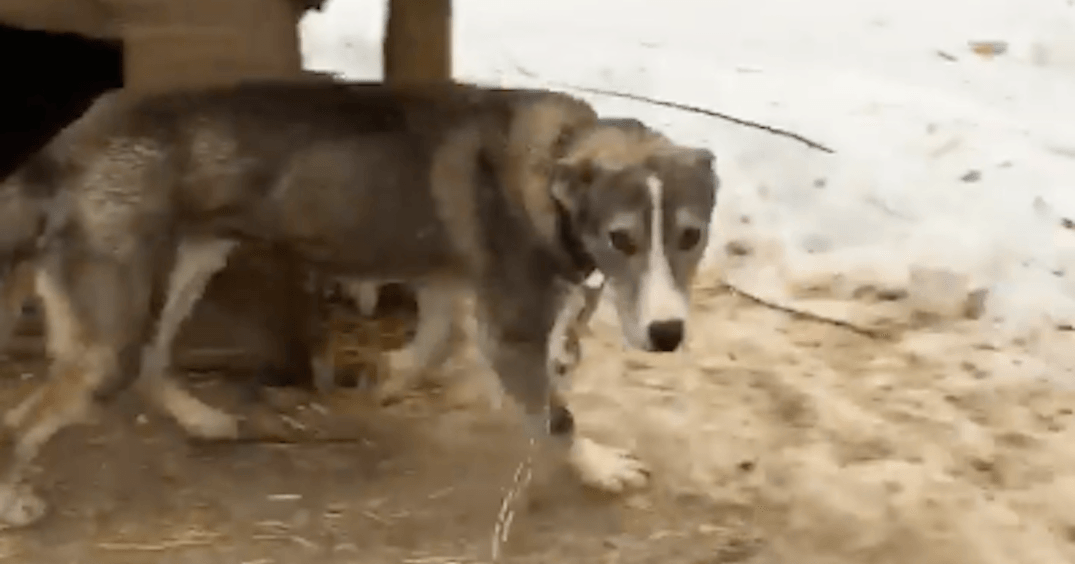 A couple’s recent dog sledding trip has gone viral, but not for good reason.

GTA residents Dylan Blake and Natasha Guerriero went to Toronto Adventures to experience dog sledding. However, after seeing the conditions the dogs were living in, the couple decided to share their experience through videos on social media.

“My girlfriend and I just concluded a trip from the “Toronto Adventures Inc” and went dog sledding. Little did I know I would be walking into a cruel and sickening environment,” wrote Blake in a Facebook post, which has been shared close to 40,000 times. “Upon walking into the orientation area for the dog sledding it is apparent that in the forest there are hundreds of dogs that are chained up to a post to live in the same spot they use the washroom and sleep.”

Both Blake and Guerriero’s videos have been viewed over a million times collectively. Blake said that they asked if the dogs were ever let off the chains, or slept somewhere warmer during the night.

“The worker told me that this is where they stay all day and all night. She also told me that there were around 120 dogs in total. Outside chained up to posts,” he said.

According to the couple’s account, the dogs were “extremely scared when walking up to them and some of them were sick, starving, and injured. It was shocking.”

“One of the people working there told us not to get too close because they don’t get washed very often,” wrote Guerriero.

As the videos went viral, the company posted a response on their website.

Toronto Adventures said they take “pride in ensuring that no animals are ever mistreated for the purposes of any of our events or the events of companies we subcontract.”

“We’ve been made aware that one of the dogs had a sore on his/her leg via a concerned participant in one of our events, we’ve contacted Windrift Kennels to make sure the dog is being appropriately taken care of,” the company wrote.

According to its website, Windrift Kennels is home to 225 dogs, and they started dog sledding 25 years ago. “We love our dogs and we love the sport of dogsledding. We enjoy introducing people to the sport and teaching them what dogsledding has to offer,” states their website, which also said they have three dogsledding locations in Ontario.

Meanwhile, Toronto Adventures said it will be looking into the Kennels to ensure the dogs are treated appropriately.

“We will be requesting an additional inspection of the Windrift Kennels to assure that their dogs are healthy and being treated appropriately. We will be severing our relationship with Windrift Kennels if any dogs are found treated poorly,” they said.

“Absolutely disgusting. You should be ashamed of yourselves for the animal abuse you’ve committed,” wrote one user. Another said, “Should be posting the real pictures of the environment you keep your dogs in! DISGUSTING.”

The company’s statement encourages its visitors to report mistreatment of animals.

“If you see any mistreatment of any animals at any of our events please let us know right away so we can solve the situation,” said Toronto Adventures. “It saddens us greatly as dog lovers to think of any animal suffering.”

The Ontario SPCA has responded to several concerned tweets about the company over Twitter.

“Protection & care of the dogs is our top priority,” wrote the SPCA. “As this is an ongoing investigation, details we can provide are limited to maintain the integrity of the investigation. If anyone has first-hand information to assist this investigation, report immediately to 310-SPCA (7722).”

Daily Hive reached out to Toronto Adventures, but the company has yet to respond.