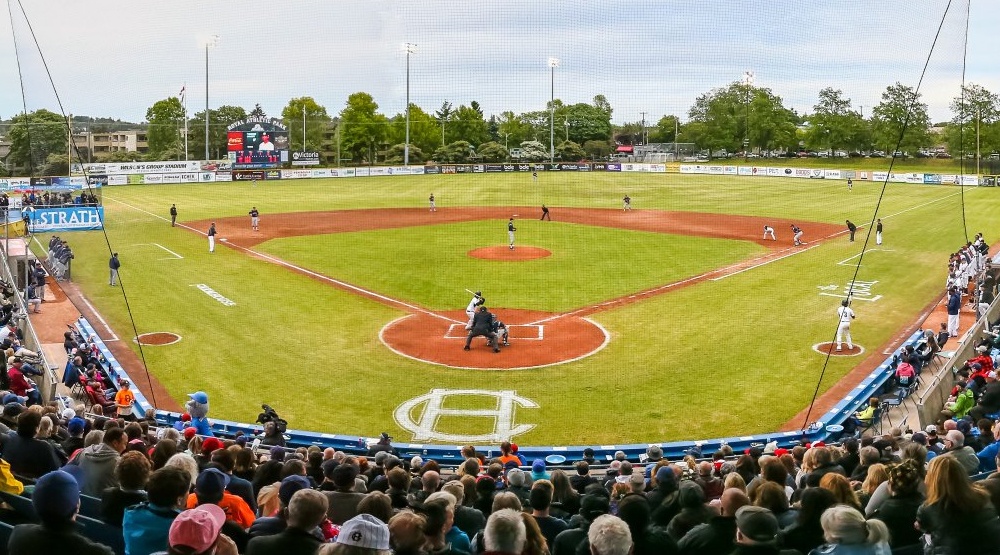 And then there’s a contest being held in Victoria this week, which fans will be dying to take advantage of.

On Wednesday, the Victoria HarbourCats of the West Coast League – a collegiate-level baseball team based on Vancouver Island – will award one lucky fan with a funeral package. Yes, someone will walk away from Wednesday’s HarbourCats game with a free funeral.

Be Prepared! Life and Estate Plans are Important! Join us on July 18th, along with @ToneffFuneral, Wallace Cremation, @AdamekFinancial and Stevenson Doell Law as we give away a funeral and estate planning package. https://t.co/77VfA5188I pic.twitter.com/e1Itbu9EL3

This might just be the most sombre, yet pragmatic prize ever given away at a baseball game.

Trinkets like bobbleheads are fun to have, but how useful are they, really? If you think about it, a funeral is the most practical prize a fan could ever win at a sporting event. At some point, everyone will need a funeral. So, why not have your final arrangements in order ahead of time, while also catching some local baseball?

The funeral package includes a cremation, urn, death certificate, will, power of attorney, as well as an insurance and financial planning consultation. In total, it’s a prize valued at over $4,000. In terms of sheer value, it’s a substantial giveaway from a Summer League baseball team, let alone a Minor League or Major League Baseball prize.

Fans can win this package by filling out a form in the Victoria HarbourCats program. It will be available on Wednesday, July 18th when the HarbourCats take on Seattle’s Highline Bears at 6:35 pm PT at Victoria’s Royal Athletic Park.

“This is a way to bring awareness to making sure people plan their futures in a way that helps their family deal with something that is inevitable to us all,” said HarbourCats Managing Partner, Jim Swanson.

“My family encountered a tragic and unexpected death not long ago, and not having all these things looked after in advance caused the heartache to be even greater.”