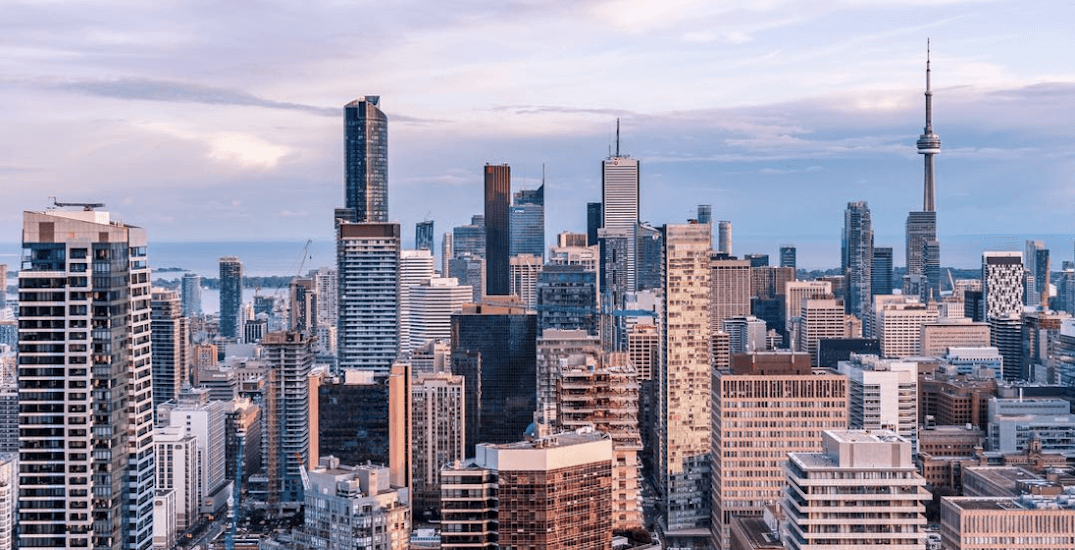 A new study warns that rental housing supply will continue decreasing along with vacancy rates unless more than 6,000 additional rental units are built each year for the next decade.

The study by Urbanation, commissioned by the Federation of Rental-housing Providers of Ontario (FRPO), said that current vacancy rates in the province have fallen to critical levels – just 2.1% across the province and 1.3% in the City of Toronto, which is a seven year low.

“Ontario’s scarce rental housing supply combined with escalating house and condo prices have created a housing crisis in our biggest cities,” said Jim Murphy, president of FRPO in a release. “The only solution is for Ontario to build itself out of this situation. This begins with our provincial leaders working with industry to identify and implement policies that create more purpose-built rental units, not less.”

The report is the first to look at Ontario’s rental market following the introduction of new rental policies in April 2017, that included the extension of rent control to all rental apartments (previously applied to units built prior to November 1991). Before the introduction of the bill earlier this year, proposed rental projects were at a 25 year high with 28,000 units in the planning pipeline. Since then, at least 1,000 planned rental units have already been cancelled or converted to condos, according to the report. 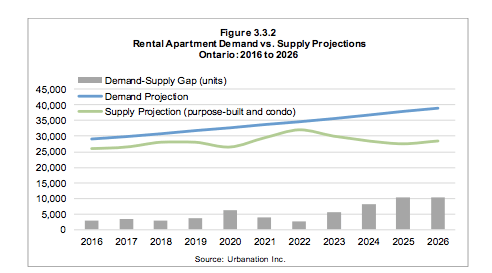 “From a market perspective, the elimination of the post-1991 rent control exemption is understood by most economists and industry analysts to result in less supply through lower turnover and by limiting new rental construction,” reads the 16-page document.

Meanwhile, demographic trends in Ontario are leading to increasing demand for rental housing due to the rise in millennials, new immigrants, and aging boomers who are all likely to rent, especially when considering the high cost of home ownership.

To address this problem, FRPO launched its ‘Rent On’ campaign on Monday, encouraging Ontarians to ask the provincial government to take measures to allow for more housing choices for renters by introducing amendments to its new legislation.

“The projections indicate a substantial imbalance between rental demand and supply in the Ontario marketplace over the next decade, which could potentially reach crisis levels in the absence of a meaningful increase in new purpose-built development,” states the report.

‘Rent On’ is a public engagement campaign that show the economics of rental supply in the province, its impact on the real estate market, and how more units can help.

According to the FRPO, the end goal is to put pressure on decision makers to ensure there are adequate rental housing options.

“This study truly underscores the urgency of Ontario’s current rental housing supply situation,” said Murphy. “If our government leaders fail to act now to address this crisis in a meaningful and sustainable way, the results will serve to further impact Ontario’s economy, such as through additional strain on our cities’ transit infrastructure as people are forced to commute further and further to find more affordable housing options.”