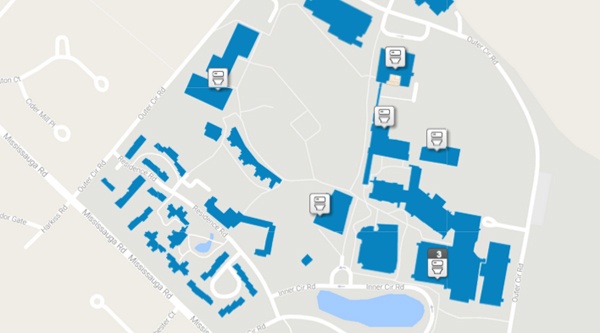 Despite the recent uproar surrounding one professor broadcasting his contentious opinions on gender identities, U of T is pretty progressive when it comes to creating a safe and welcoming space for trans people and non-binary genders.

In addition to requiring all HR staff to take anti-discrimination and anti-bias training, the university’s Sexual & Gender Diversity Office has already undertaken the task of inventorying and mapping single use washrooms across all three campuses for the benefit of various individual needs.

Now the Mississauga campus is pushing policy forward even further with the announcement that six existing single-gender washrooms will be converted to public, multi-user, all-gender facilities this fall.

UTM’s interim vice-president and principal, Professor Ulrich Krull made the announcement last week during town hall meetings in advance of the project rollout in October.

UTM’s interim Equity & Diversity Officer, Nic Weststrate, was quoted in UTM News as saying, “We heard from UTM community members—staff, faculty, and students—who were concerned about the lack of options on campus for a basic everyday human function. UTM is an inclusive campus, and part of inclusivity includes ensuring space is available where people feel comfortable and the physical structure reflects their identity.”

In addition to converting existing facilities, the Washroom Inclusivity Project conducted by SGDO recommends including gender-neutral washrooms in all new builds.