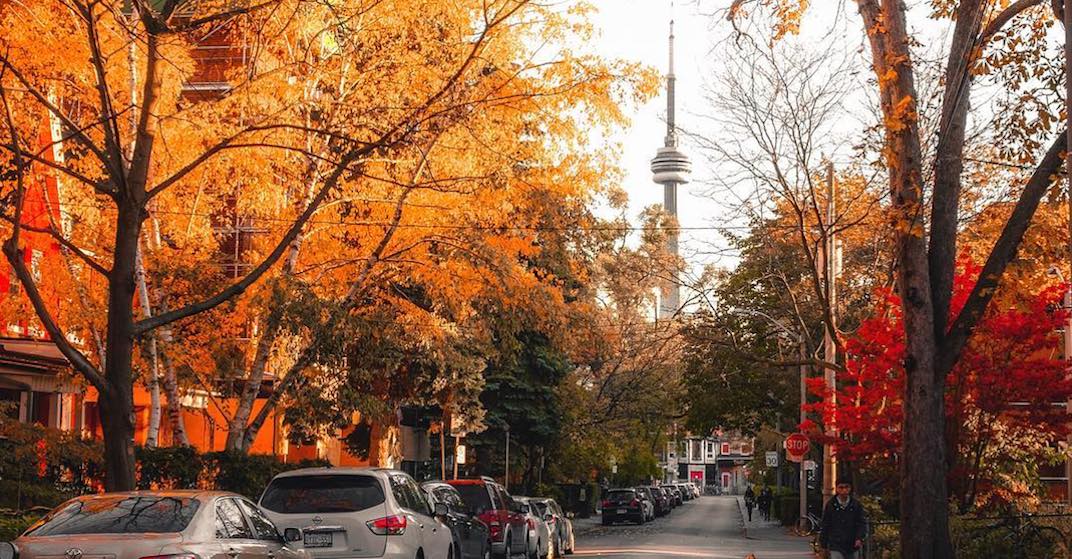 After a soggy start to November, Toronto is about to receive a much-needed dose of warm weather, as double-digit days are on the forecast for the first half of next week.

The warm weather, however, will be short-lived as The Weather Network says a fall storm has its sights set on the region.

According to The Weather Network, a weaker system is tracking through the northern Great Lakes, bringing a period of rain showers to Toronto on Monday as temperatures begin to climb into the double digits.

By Tuesday, we’re going to see temperatures reach a high of 13ºC, as a fall storm is expected to track into the region, keeping temperatures above seasonal.

The higher temperatures will stick around through Wednesday morning, “thanks to the increasingly southerly flow ahead of it,” says The Weather Network.

As the storm passes through Toronto, colder weather will return for the end of the week, with temperatures dropping as low as 0ºC on Thursday evening, making it feel more like early December.

So make sure to enjoy the warmer temperature while it lasts, because if one thing’s for certain whenever old man winter decides to pay Toronto a visit, he’s never too kind.