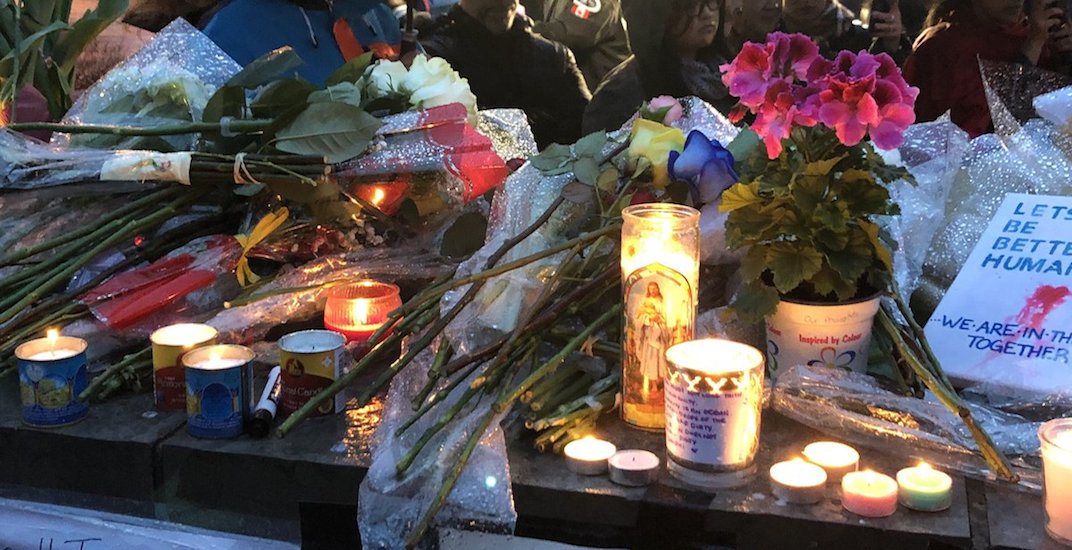 The City of Toronto will be hosting a #TorontoStrong vigil this Sunday evening.

Taking place at Mel Lastman Square, the vigil will support all those who have been affected by the uncomprehensible van attack in Toronto that claimed the lives of 10 innocent pedestrians and injured 14 others.

The vigil will take place at 7 pm and the City of Toronto is encouraging all members of the public to attend and show support.

The vigil will take place just six days after a rental van plowed through crowds of pedestrians on the busy intersection of Yonge Street between Finch Avenue and Sheppard Avenue Monday afternoon.

Alek Minassian, 25, of Richmond Hill, was arrested and charged with 10 counts of first-degree murder and 13 of attempted murder.

Toronto police said the 14th charge of attempted murder is expected to be laid in the coming days.

Within hours of the attack, a memorial had been set up along Yonge Street just steps away from where police had taped off the path of the van’s destruction.

The memorial has been visited by thousands of residents, who have left candles, flowers and messages of support for those who have been affected by the tragedy.

When: Sunday, April 29
Time: 7 pm
Where: Mel Lastman Square, 5100 Yonge Street
Admission: This event is free and everyone is encouraged to attend