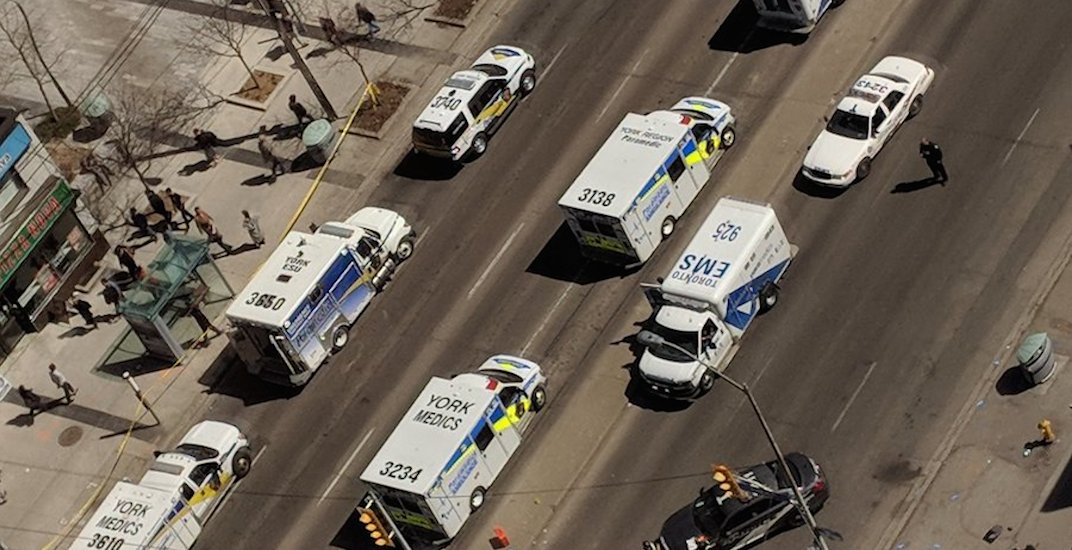 Toronto Police Chief Mark Saunders has given an update on the van attack investigation that took place Monday afternoon along Yonge Street between Finch and Sheppard Avenue.

At a press conference Monday evening, Saunders told media that a police source has identified the alleged driver in the attack as Alek Minassian, 25, from Richmond Hill.

Police also confirmed that 10 people are now dead and 15 are injured and remain in hospital after a van mounted a sidewalk in north Toronto, hitting a crowd of pedestrians.

Ralph Goodale, the federal minister of public safety and emergency preparedness, told media that while today’s events are horrendous, there currently is no national security threat at this time.

Cheif Saunders said from an investigative perspective, numerous witnesses have already come forward but police are still looking for more witnesses to aid in what police called a “complex investigation.”

The Toronto Police have created a hotline for witnesses to provide tips and any information related to today’s attack: 416-808-8750.