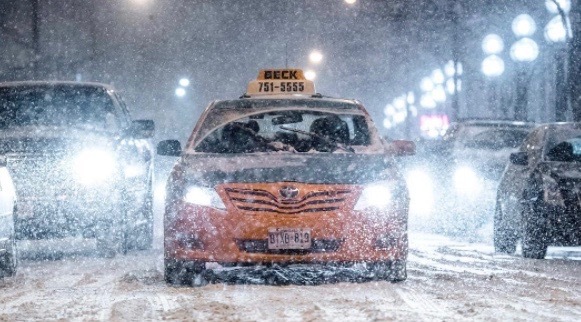 Winter has arrived in full force in Toronto and as if you need another reason to stay indoors, OPP reports that there were more than 70 collisions on GTA roads last night… in less than a three hour period no less.

Over 70 collisions in the GTA in past 2.5 hours. Roads remain slippery…drive with care

OPP officers and emergency services from across the GTA reminded drivers to use caution as icy roads and freezing rain resulted in scary driving conditions. Even still, reports of multi-car collisions became common.

Serious 40 car collision on #Hwy410 SB at Derry…officers responding along with @Ornge https://t.co/vcpQ8CA2a6

15 patients transported to local hospital following a multi vehicle pile up on the ramp from Highway 410 southbound at Derry Road. #onstorm pic.twitter.com/JBRDkK7Wo4

Stay safe Toronto! OR, you know, just stay inside.