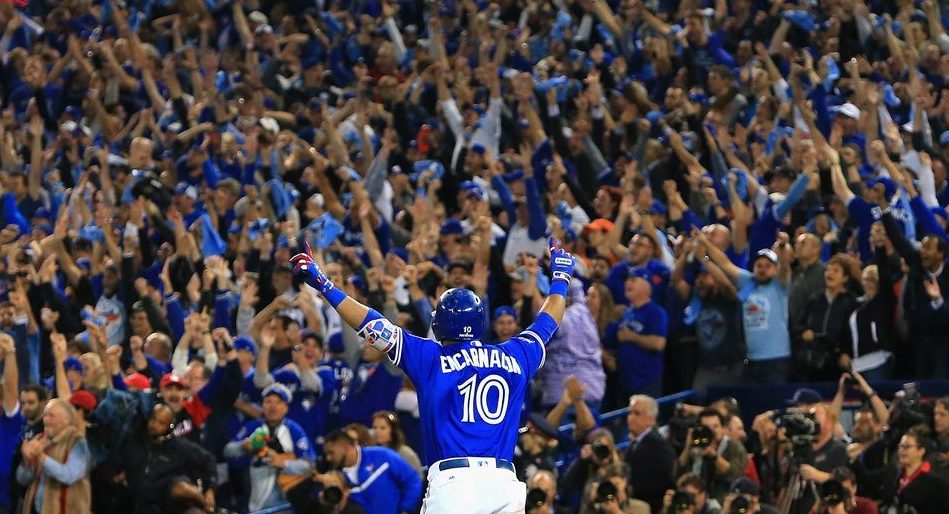 Have you heard the deafening roar in the SkyDome when the Jays are on a hot streak?

Do the words “WE THE NORTH” make your heart swell with pride?

Or perhaps, you’ve sacrificed half a months’ rent to watch the Leafs (likely) lose?

It won’t phase you at all then that Rolling Stone magazine posits in a recent article that Toronto might just be the next great North American sports city, up there with New York City, Chicago, Boston and Los Angeles.

The article goes on to point out that “The city has not won a major sports title since Joe Carter ended the 1993 World Series…” and is quick to list they city’s recent shortcomings; The Jays eliminated before reaching the World Series in back-to-back seasons; “Toronto FC [falling] short in the MLS Cup”; The Raptors being “bested” by the Cavaliers in the 2016 finals; and the, Maple Leafs? Well… Don’t get us started.

Regardless, Rolling Stone calls Toronto fans across the sporting spectrum “rabid” and despite being “starved of a major sporting championship for nearly 25 years, the fans continue to show up through the good times and the bad.”

Toronto is, of course, not alone in suffering a major sports title drought. It’s been almost a quarter century since a Canadian team took home the Stanely Cup, and we have yet to celebrate an NBA champion.

The big take-away here, is that win or lose, “The mentality of Toronto sports fans has evolved from defeatist to excited…” It might just be the game-changer we need considering that just two years ago, the city was named the second most miserable sports city on the continent.