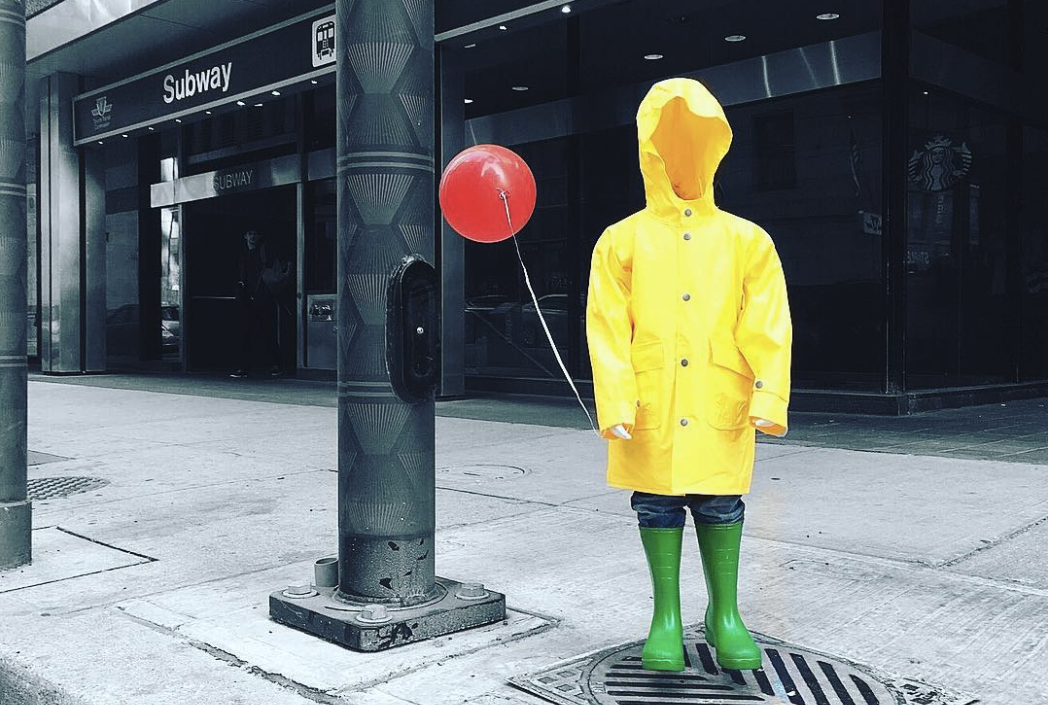 IT’s quite the scene downtown Toronto.

In anticipation of the September 8 release of Stephen King’s It, the classic horror tale is bringing the spooks to the financial district. In case you don’t know, the movie, which is based on the 1986 King novel with the same name, follows seven children being terrorized by… It.

With promo for the film starting as early as March, fans of the cult classic were excited to spot the famous yellow rainjacket and red balloon on downtown Toronto streets. And the best part, it’s floating.

For a refresher, here’s what the initial teaser looked like.

And this is what little Georgie looks like in Toronto.

Have you spotted it?