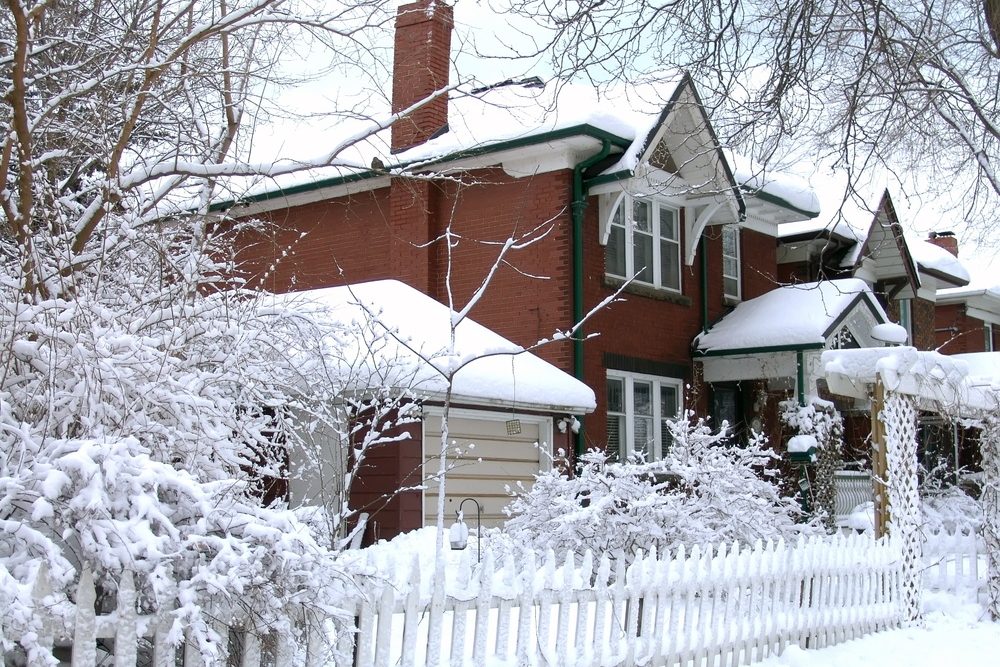 To no one’s surprise, Toronto’s real estate market soared in 2016.

TREB President Larry Cerqua said that 2016 was a second consecutive record year for home sales in Toronto, with a reported 113,133 homes sold throughout the year. The number is up by 11.8 per cent compared to 2015. In December alone, home sales increased by 8.6 per cent in comparison to 2015.

Overall, home prices over the year grew quite significantly. January saw an increase of 10.7 per cent and by December, it soared to 21 per cent. The pace of the annual rate of growth for the average selling price also picked up throughout the year, including a climb of 20 per cent in December, according to TREB.

The strongest annual rate of sales growth in 2016 was experienced for condominium apartments, probably due to affordability, followed by detached homes.

“A relatively strong regional economy, low unemployment and very low borrowing costs kept the demand for ownership housing strong in the GTA, as the region’s population continued to grow in 2016,” said Cerqua in a press release, adding that the demand for homes was domestic in nature and that the foreign buying activity is low in the GTA.

With price growth and home sale rates not slowing down, housing affordability is a growing concern. 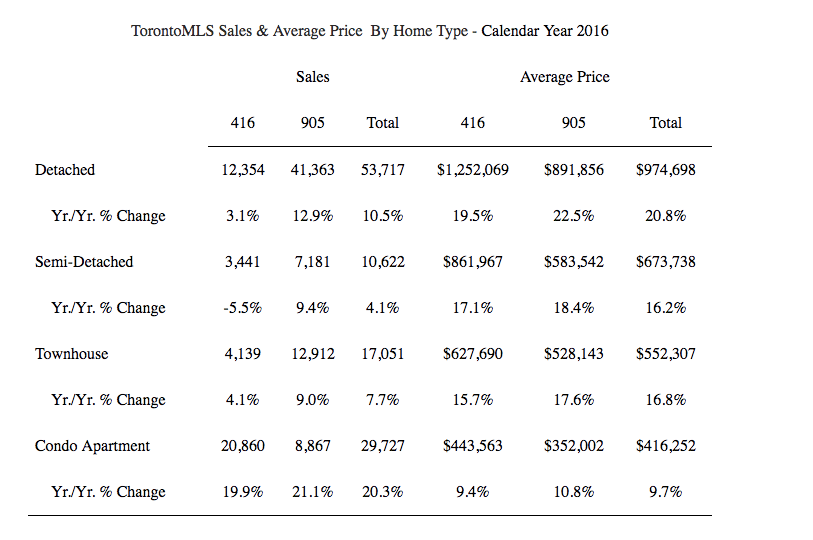 “Price growth accelerated throughout 2016 as the supply of listings remained very constrained.  Active listings at the end of December were at their lowest point in a decade-and-a-half.  Total new listings for 2016 were down by almost four per cent,”said Jason Mercer, TREB’s Director of Market Analysis. “If we want to see a sustained moderation in the pace of price growth, what we really need is more policy focus on issues impacting the lack of homes available for sale.”

“The City should be looking for ways to make housing affordability better, not worse, especially for first-time buyers who could go backwards, or at best, be no better off,” said Cerqua.  “The Budget Committee should stop this proposal in its tracks and instead enhance the rebate for first-time buyers.”

We’ve said it before, and we’ll say it again. Here’s hoping for change on the housing front in 2017.