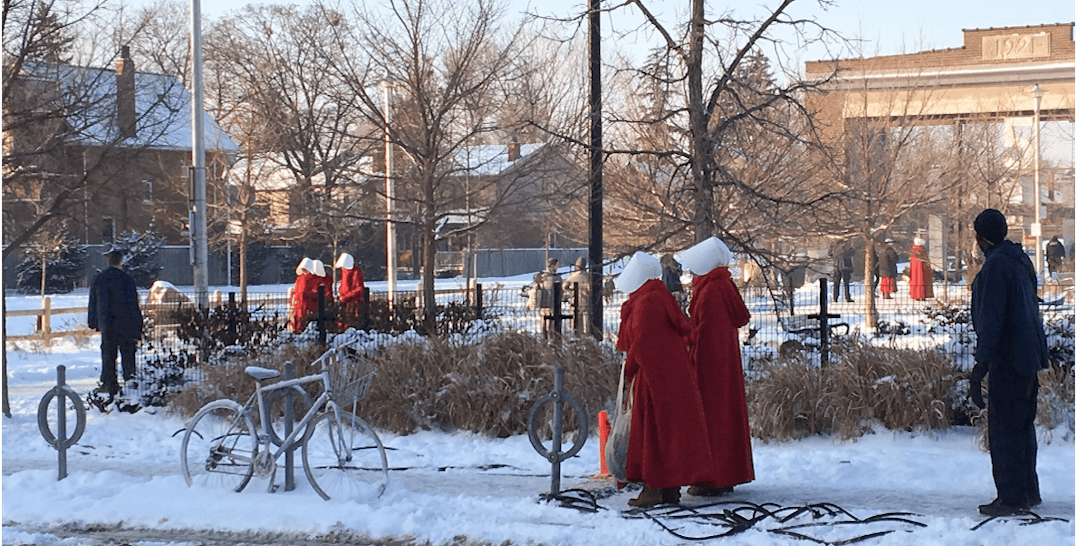 Fans patiently waiting for season 2 of Margaret Atwood’s The Handmaid’s Tale will be happy to learn that the show is back to filming as cast and crew were spotted in Toronto today.

I found the Republic of Gilead. It’s a few blocks from my house. Finally everything makes sense. pic.twitter.com/3l4X3fmUDn

In photos shared on social media, you can see props and numerous handmaids in their red capes and white bonnets walking near the Artscape Wychwood Barns.

If you’re a fan of The Handmaid’s Tale, a scene from season 2 is shooting right now at Wychwood Barns. Dystopian Toronto. pic.twitter.com/zvkENFa4Qn

This is the Republic of Gilead’s ride. pic.twitter.com/1WdEh6yK51

The season 1 adaptation of Atwood’s best selling book was filmed in various locations throughout the city including City Hall. So we can only expect to see more shots of Toronto in the coming season.

Season Two of this Hulu original series is set to premiere in April. Until then, let’s hope we can catch a few more behind the scenes looks into the dystopian world of the handmaids.