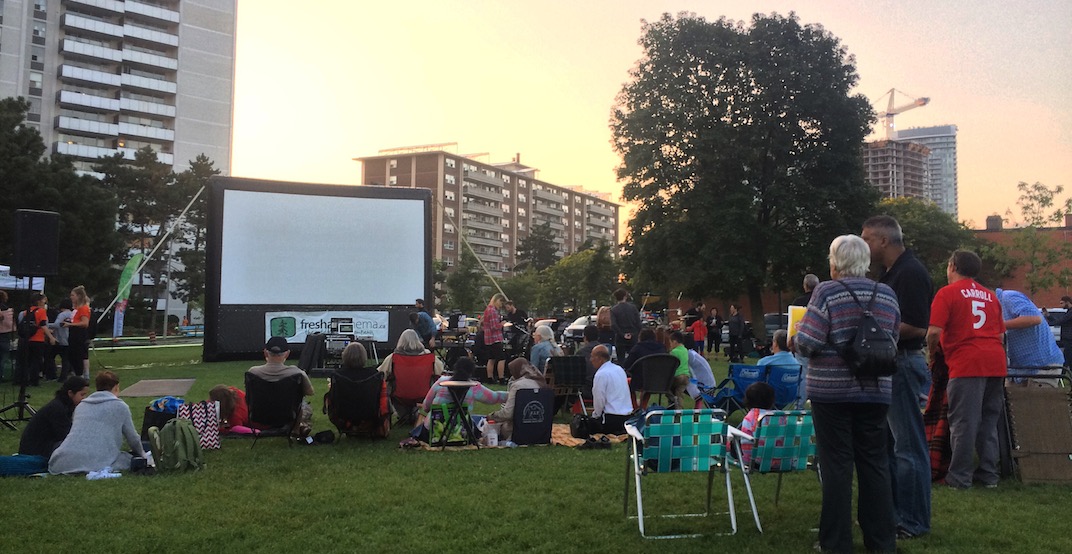 Summer is finally within reach, meaning it’s almost time to enjoy some movies under the stars.

This August, movie buffs can enjoy an impressive lineup of films at Parkway Forest Park as part of Toronto Outdoor Picture Show’s Cinematic Cities programme, a summer-long series of outdoor films celebrating cities on screen, at home, and abroad.

To wrap-up the final part of Cinematic Cities programme, the public is invited to enjoy a series of films set in Toronto, Mumbai, Cannes, and New York in 11 short and feature films.

The film festival will conclude on August 30 with Ritesh Batra’s charming romantic drama The Lunchbox, which takes us on a journey through Mumbai when a mistaken lunchbox delivery connects two strangers.

There will also be a scheduled rain date for Friday, August 31

Screenings always begin at sundown or approximately 9 pm and screenings are free of charge thanks to the series being fully funded by the Toronto Arts Council.

There will also be food, drinks, and merchandise will be available for purchase.