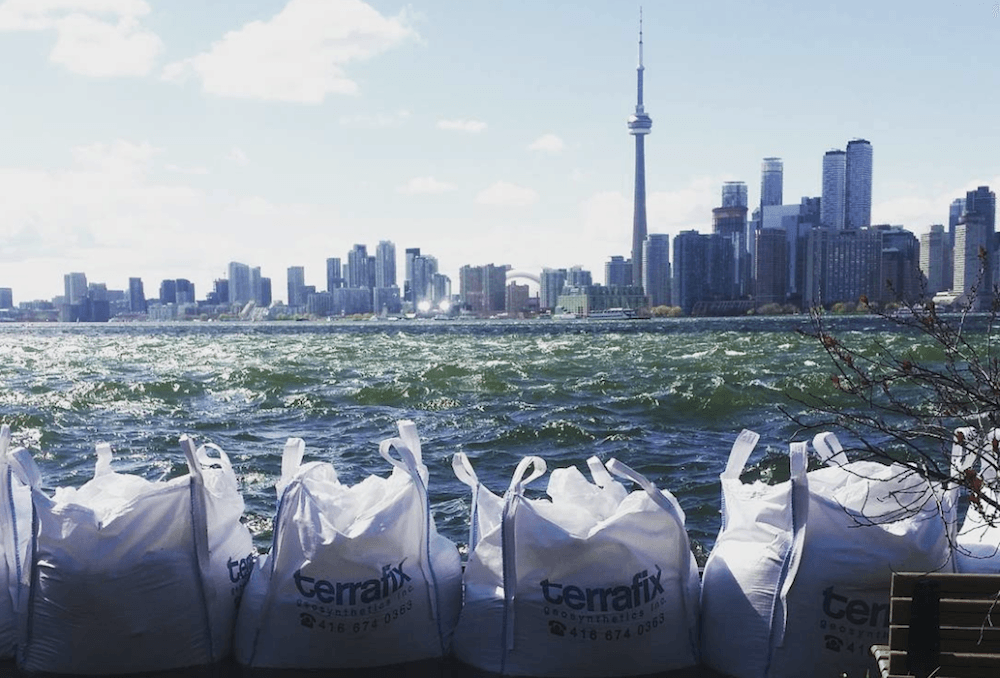 Toronto Island was one of a few places that got hit hard by yesterday’s rainfall.

According to the City, the Island Park remains closed to the general public as they continue to monitor water levels, which will take several weeks to subside.

The City says road access throughout the islands is closed with the exception of access for authorized emergency vehicles and operational crews.

Over 30,000 sandbags have been placed throughout Toronto Island Park, nine industrial pumps are being used to remove surface pooling, and landscaping elements such as armour rock, gravel and earth-moving techniques have been employed where such efforts are needed to mitigate flooding impacts, according to the City.

Meanwhile in other parts of the city, local beaches have also experienced flooding.

The combination of slippery and unstable banks and cold water temperature could create hazardous conditions close to any river, stream or other water bodies, states the City in a press release. All shorelines, rivers and streams within the GTA should be considered hazardous and the public should exercise caution in these areas. Keep children and pets away from the slippery and unstable banks.

Lake levels are expected to continue to rise and the TRCA asks residents to exercise caution along lakefront areas while high water levels and wind persist.

The Scarborough Bluffs area has become saturated with water, making landslides more likely to occur. TRCA has issued a specific warning to members of the public who walk along or up/down the Bluffs and signs have been posted in areas where access is temporarily prohibited. The public notice is available online.

Beaches on the mainland are experiencing flooding, particularly the eastern beaches, says the City. Some areas such as dog parks, boardwalks, playgrounds, volleyball courts, boathouses, washrooms and other facilities may be inaccessible. Any closed amenities and facilities will likely remain closed throughout the weekend.

Toronto residents are cautioned to follow the instructions of any posted signage and avoid areas that are flooded or waterlogged throughout the city.

The opening of mainland beaches may be delayed due to flooding impacts. Staff are working to address the situation as quickly as they can, however the current estimated date for opening is June 9, subject to weather and beach conditions. Daily beach water quality updates will be available online once the beaches have opened.