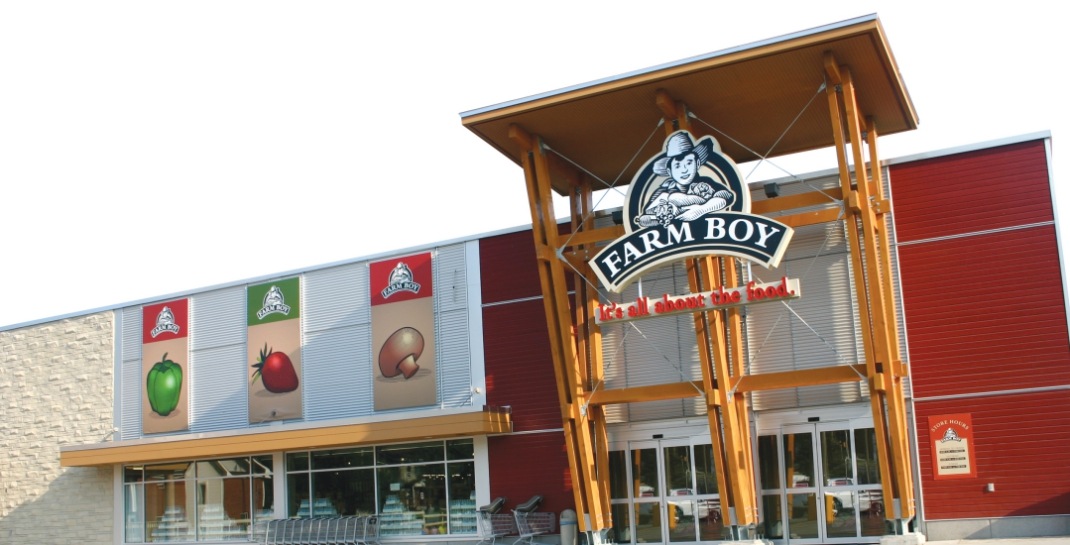 The Eastern Ontario-based grocery chain already boasts locations across Ontario, but the Toronto location opening March 1 at the Shoppes of Alderwood at 841 Brown’s Line in Etobicoke, is the first to arrive in Toronto proper.

The 20,000 square f00t Etobicoke store marks “the chain’s 25th location and the first of more planned for the Greater Toronto Area,” according to a news release. As previously reported, plans for another Farm Boy at Leslie and Lakeshore have already been submitted to the City.

Shoppers can expect a variety of locally made products, produce, butcher-quality meats, artisan cheese, and fresh dairy, in addition to an abundant selection of scratch-made “chef-inspired meals” including made to order wood-fired pizza, stir-fries, sushi, and a 52-foot salad and hot bar.