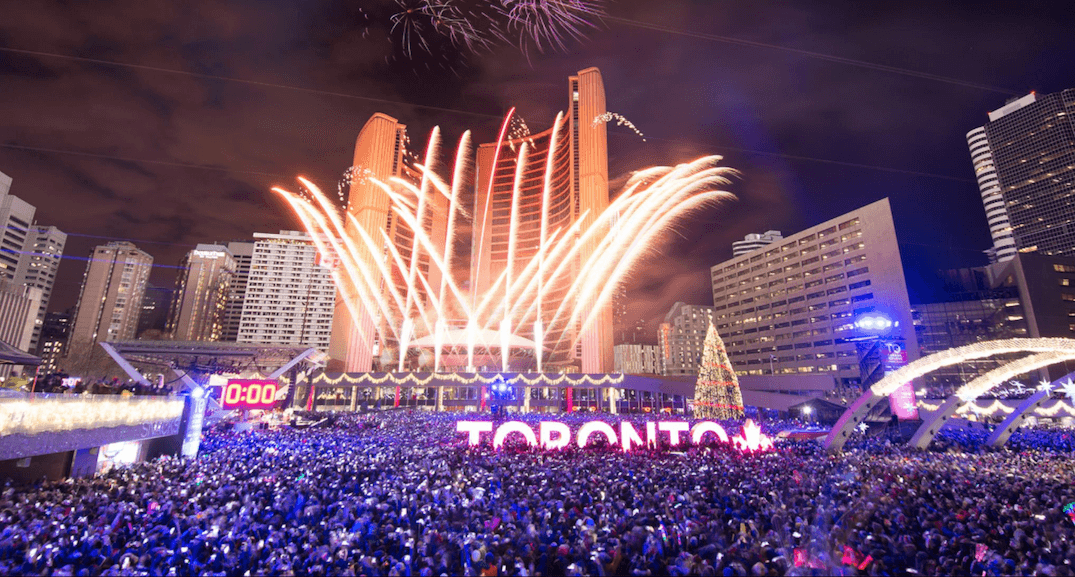 The City of Toronto has just announced that it’s scaling back its New Year’s Eve celebrations at Nathan Phillips Square due to the cold snap.

Toronto is expecting temperatures to reach a high of -15°C and a low of -22 °C on the final day of 2017–which has prompted the City of Toronto to shorten the program for New Year’s Eve celebration at Nathan Phillips Square.

In a press release, The City has announced the following changes to the annual festivities.

Toronto’s New Year’s Eve celebration at Nathan Phillips Square has been shortened due to current extreme cold weather conditions. The New Year’s Eve event will begin shortly before midnight with a live DJ set, followed by a countdown to the fireworks display at midnight, as planned. The City will continue to monitor weather conditions over the next 48 hours and make further adjustments, if necessary.

In addition to adjusting the programming, attendees are “advised to dress appropriately for the weather, cover all extremities, keep active when outdoors, if possible and monitor themselves and others for signs of cold stress.”

Parliament Hill in Ottawa announced earlier today that it too was cancelling live performances planned for New Year’s Eve in the nation’s Capital.