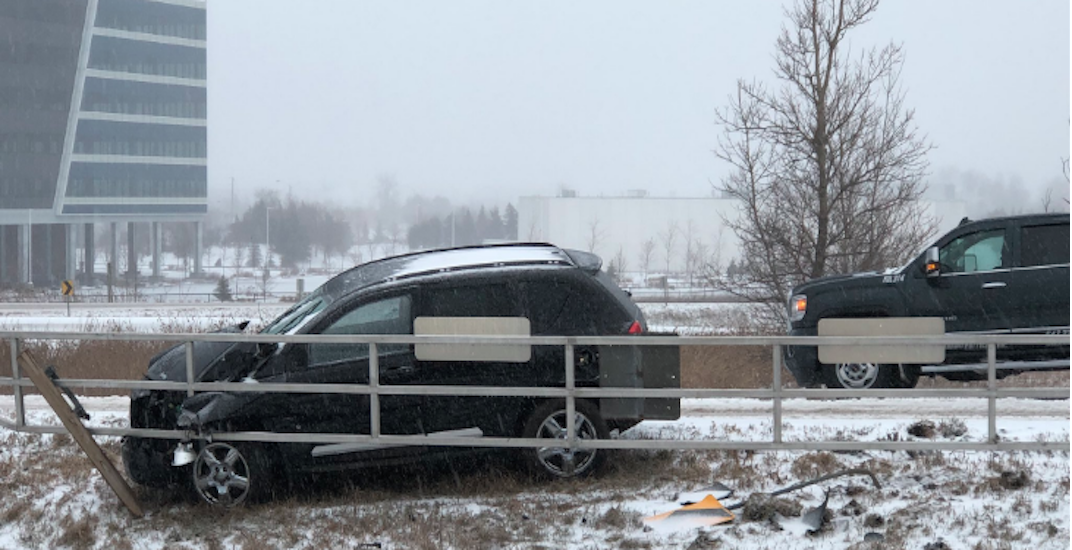 The OPP has revealed how many crashes took place during the nasty ice storm that rocked the Greater Toronto Area and southern Ontario this past weekend.

In a video shared on Twitter, Sgt. Kerry Schmidt said there were more than 1600 crashes in the GTA and the surrounding areas during the storm that resulted in dangerous driving conditions.

While many would assume the weather — which was a mix of snow, ice pellets, freezing rain, slush, and wind — was to blame for the number of crashes, Schmidt said the habits of the drivers on the road were mostly to blame.

“When we look at all those crashes there is one common denominator. It is not the weather, it is not the roads, it is not the conditions, it is the poor driving of the drivers,” he explained.

Hope you weren’t involved in one of the over 1600 crashes this weekend #OnStorm https://t.co/YwRqTHFAop

Schmidt also added that while 1,600 is a lot of crashes, considering how many cars were on the road, it could have been a lot worse.