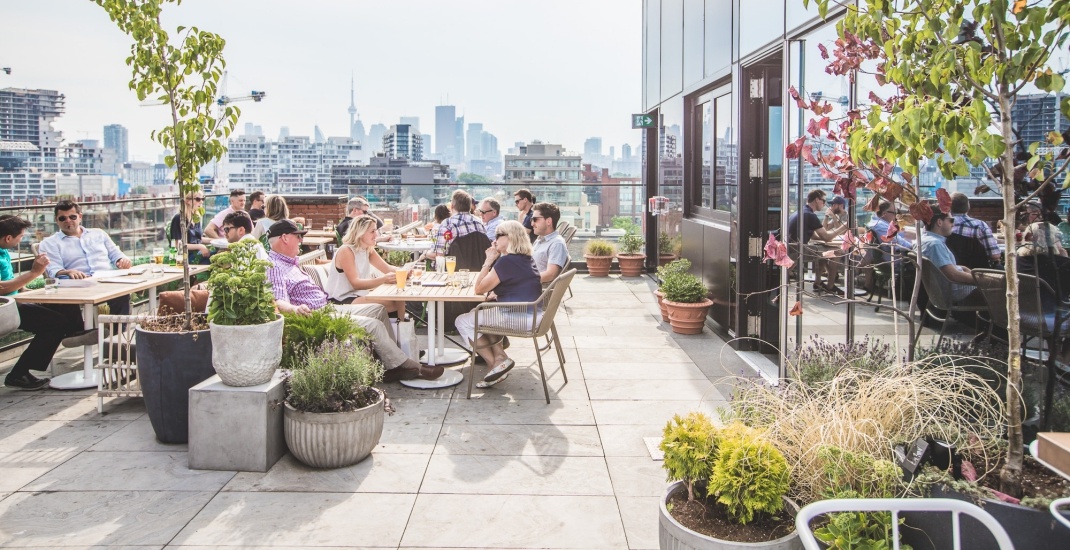 It’s high time to soak up the sunshine and the best views Toronto has to offer.

These patios serve up cold drinks and al fresco dining that soar high above the rest! Here are the best rooftop patios in Toronto. 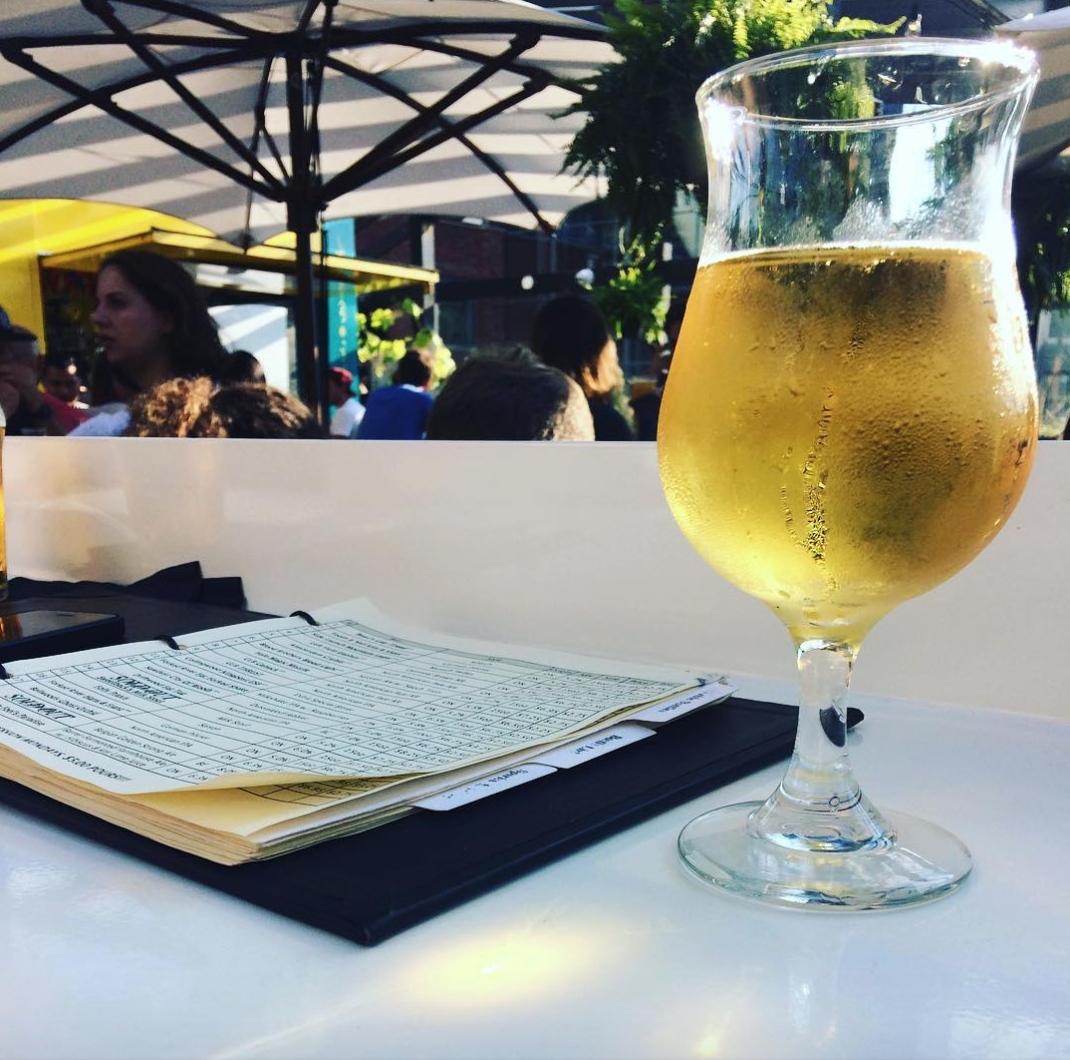 Savour every last drop of summer on the patio of this brewhouse where the bar offers three dozen craft beers on tap and the menu includes charcuterie, sandwiches, and hearty comfort foods like schnitzel. 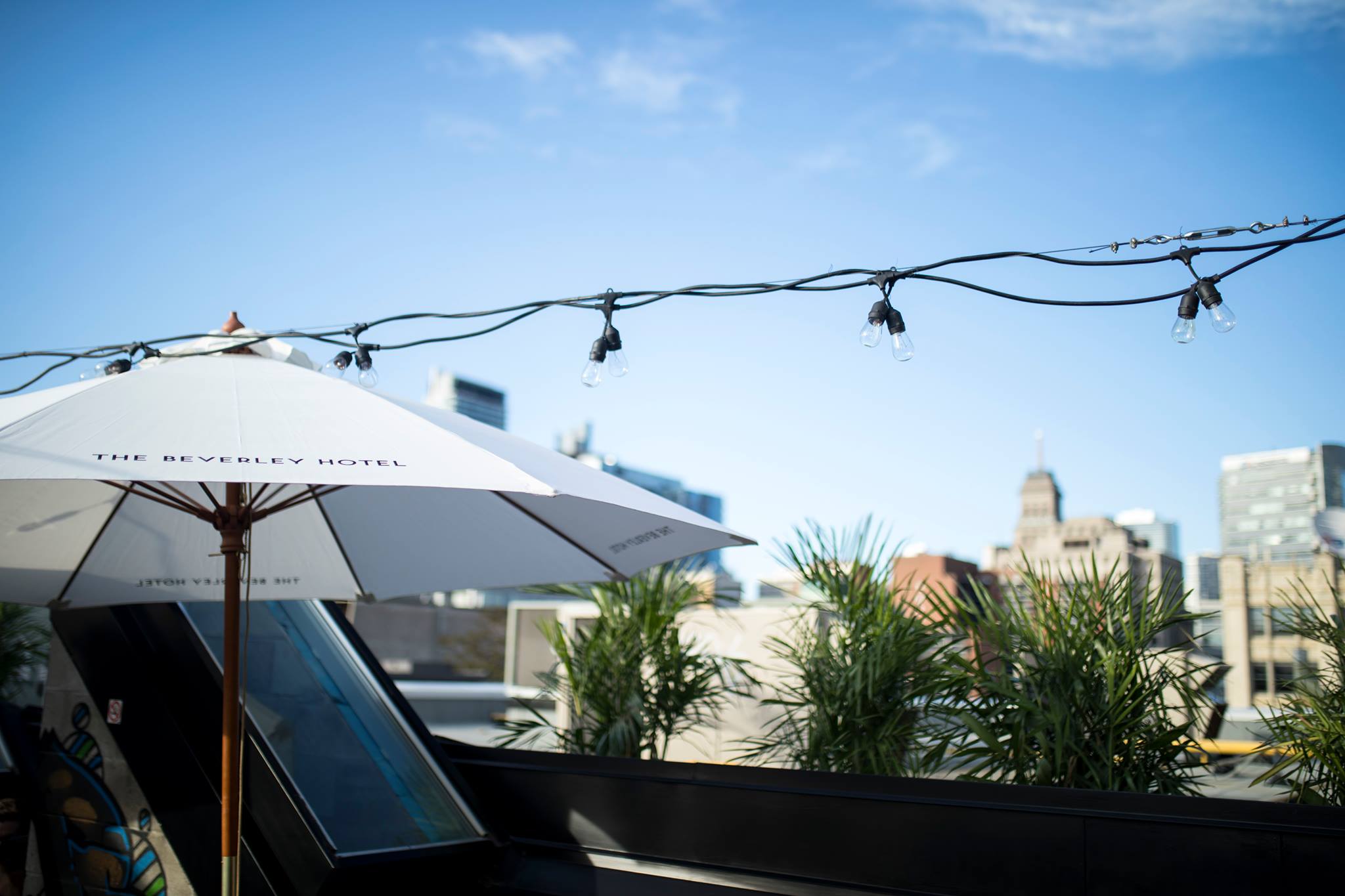 Carlotta Bar on the rooftop of this hotel is a hidden gem offering top-notch cocktails and eats removed from the hustle and bustle of Queen West. 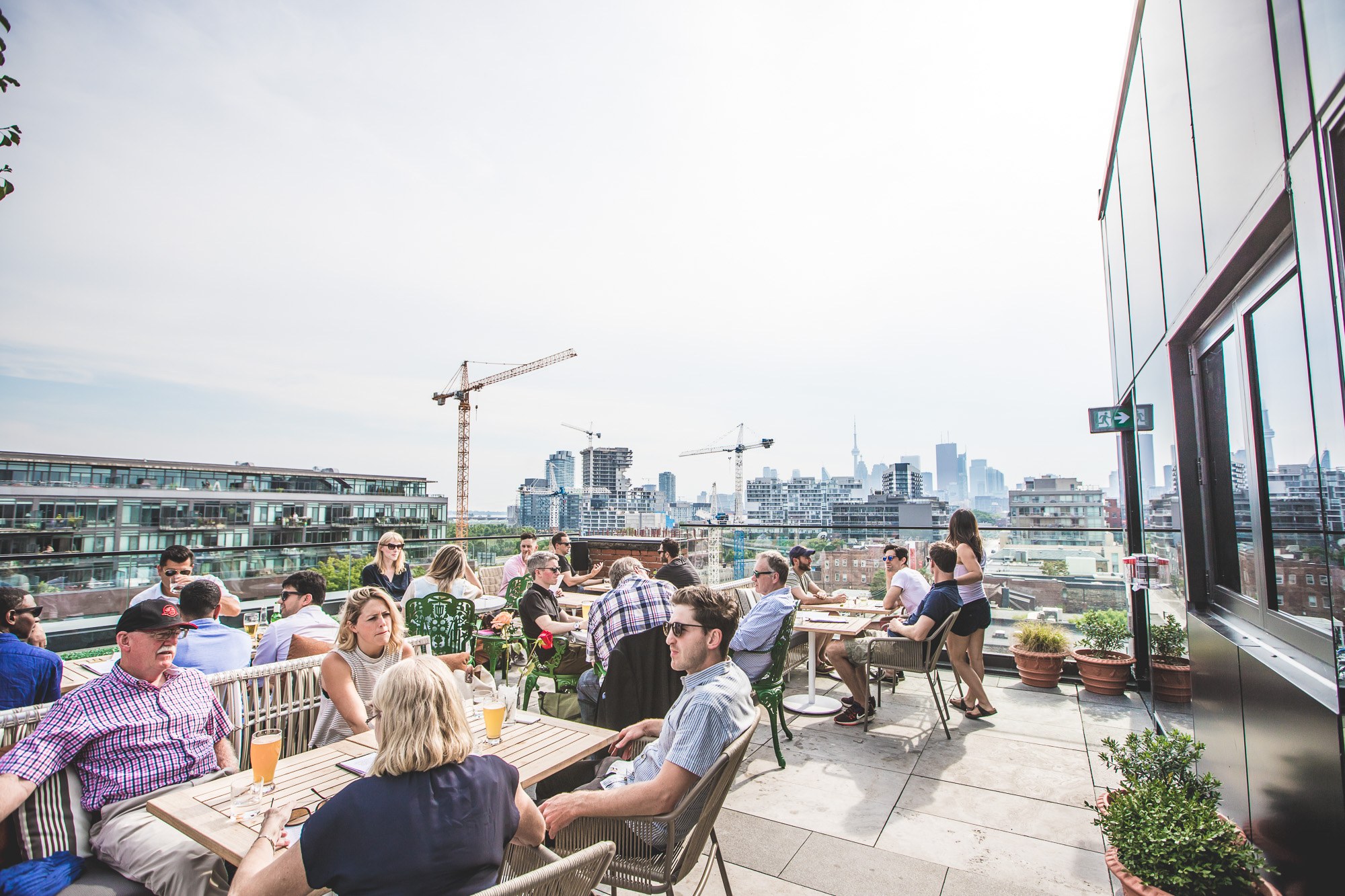 The east side hotel offers sweeping views of the city from its rooftop deck. The strip club turned boutique hotel is easily one of the hottest spots in the city this summer… don’t be surprised if there’s a queue just to get up the elevator. 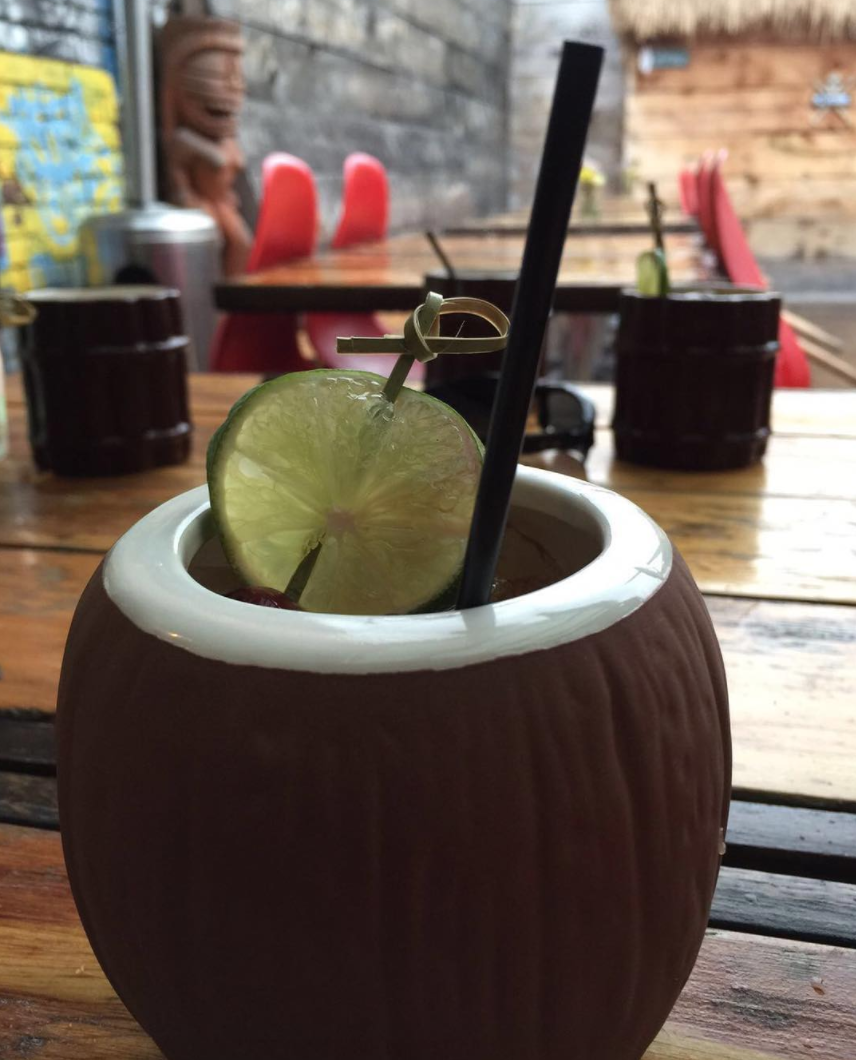 On the rooftop above the Bovine Sex Club is a hidden oasis where tropical drinks and sunshine are the main draw. 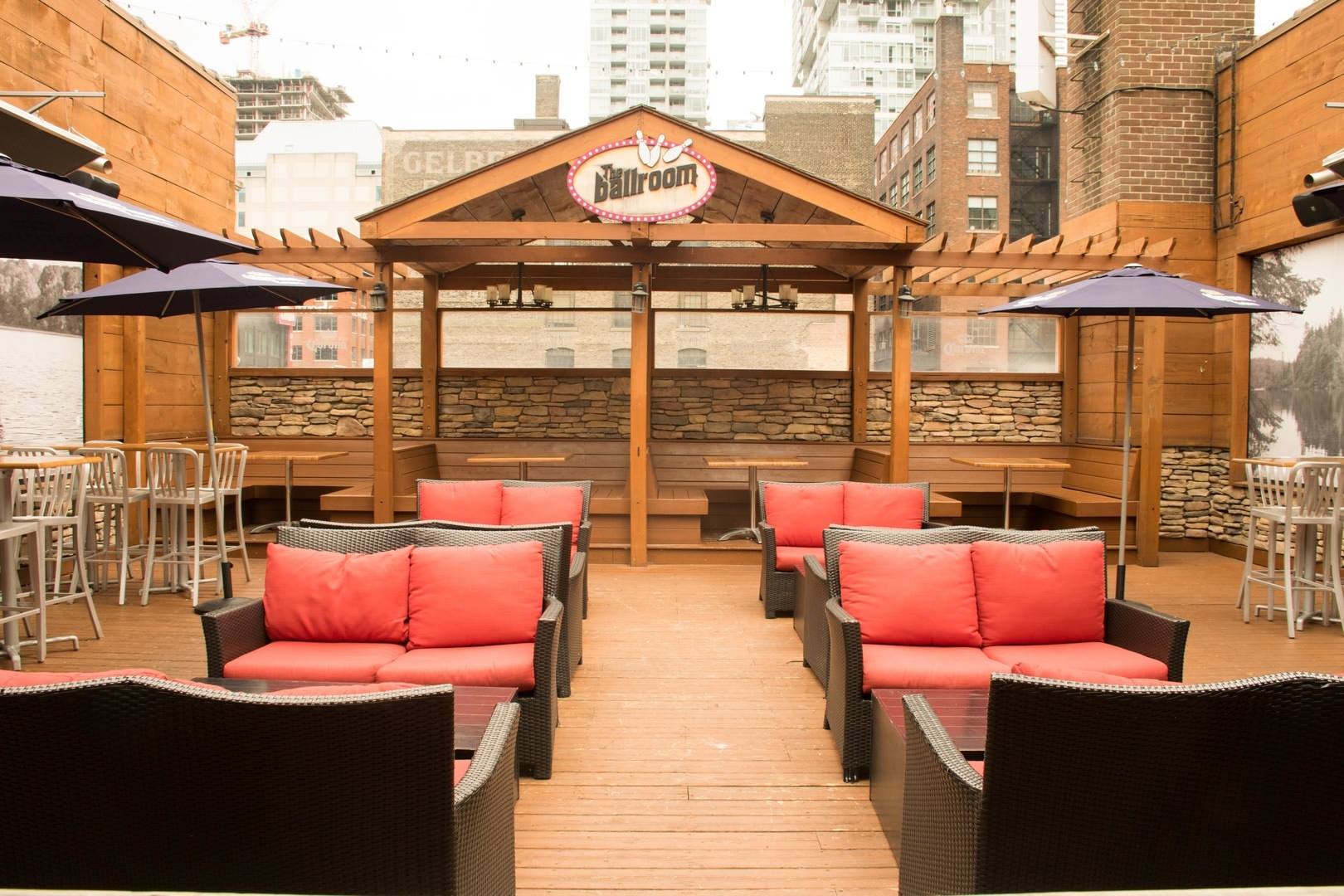 Bowling with a side of fresh air! Step out after a game to discover this rooftop terrace at the heart of Toronto’s Entertainment District. 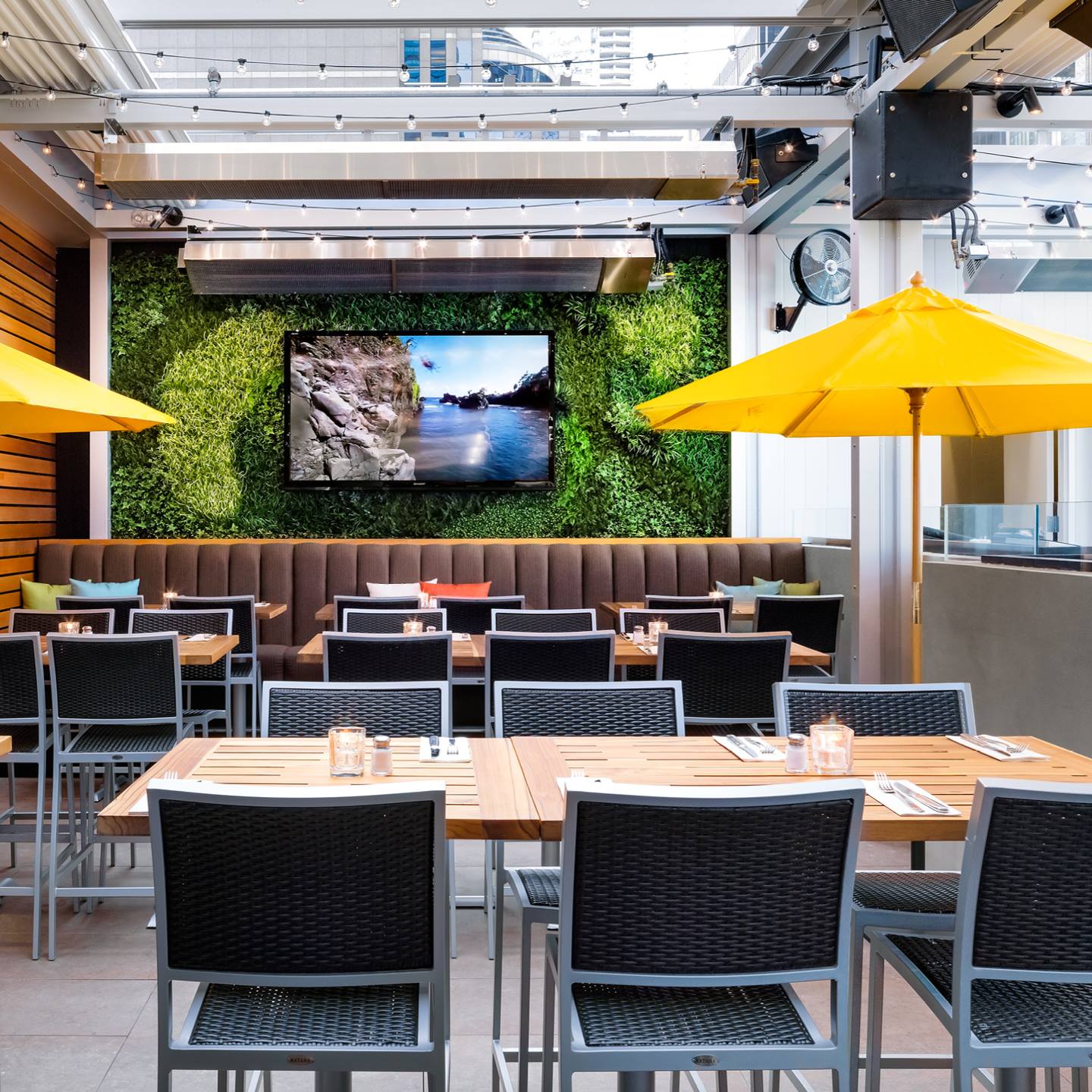 The after-work crowd head here to let off steam and soak up a dose of vitamin D on this frozé-fueled rooftop. 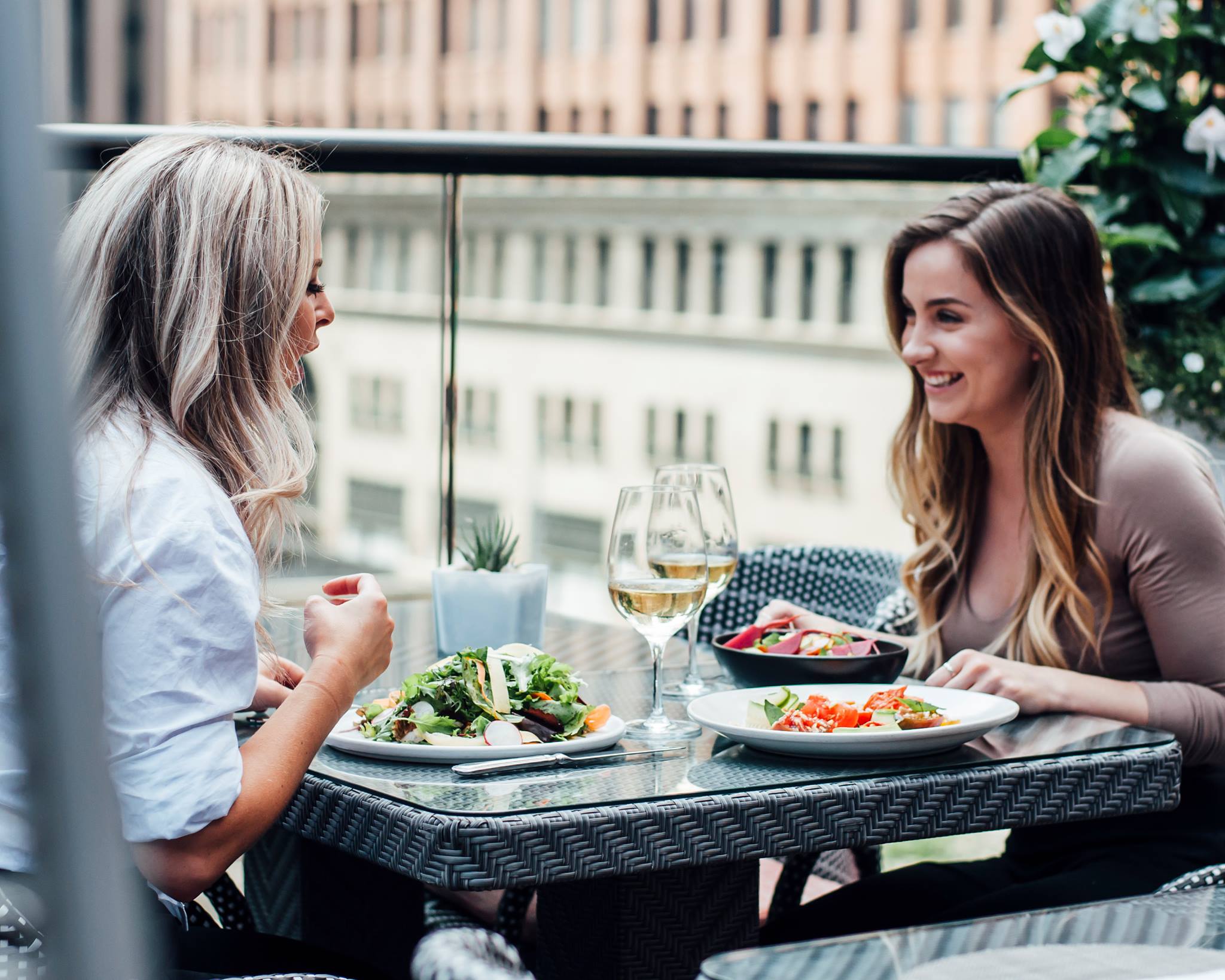 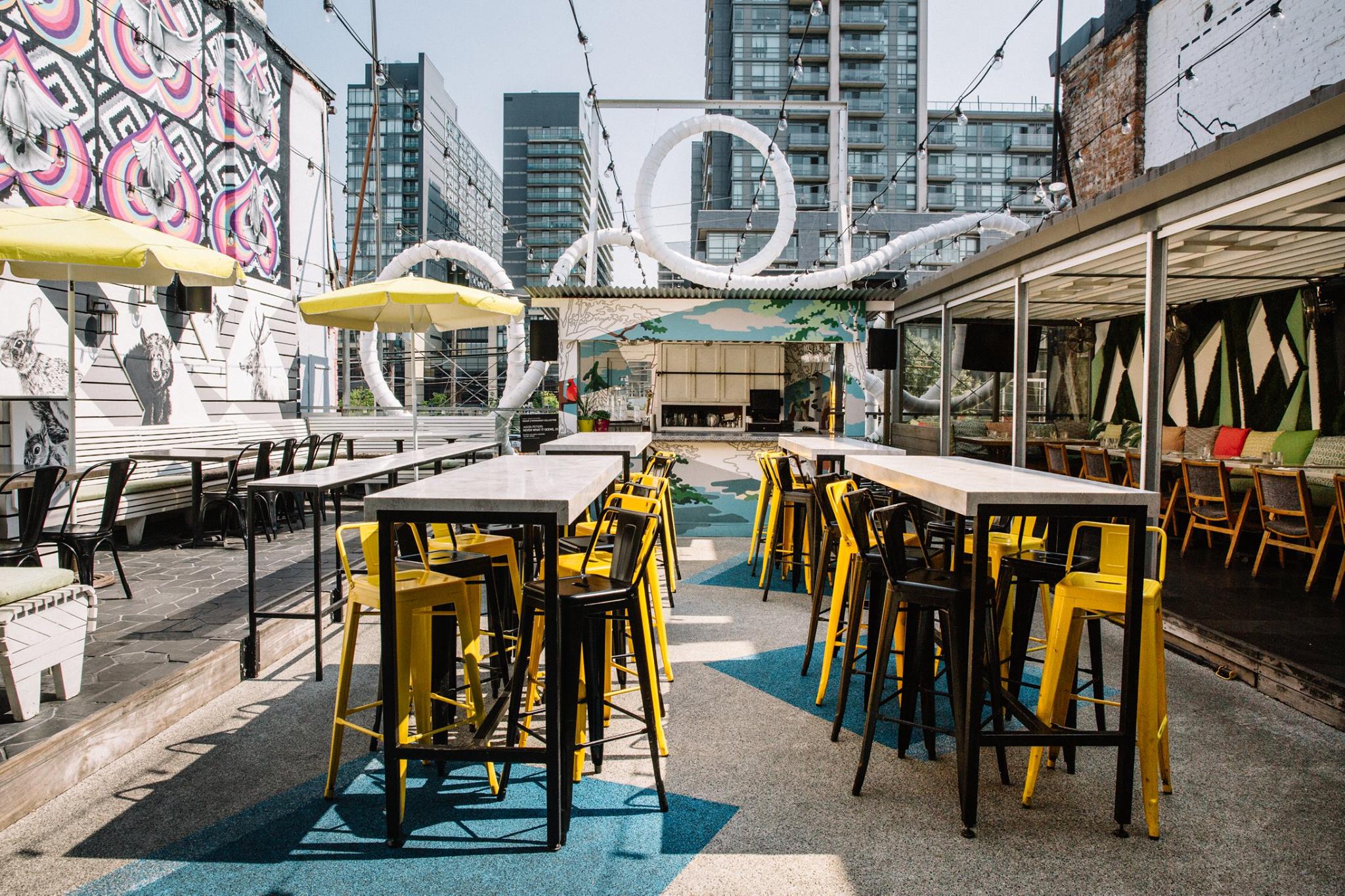 Billing itself as an “ever-changing, climate-defiant, all-season space,” this patio has the potential to surprise and delight no matter how many time you’ve been before. Go for the stargazing, kick-ass cocktails, and good vibes. 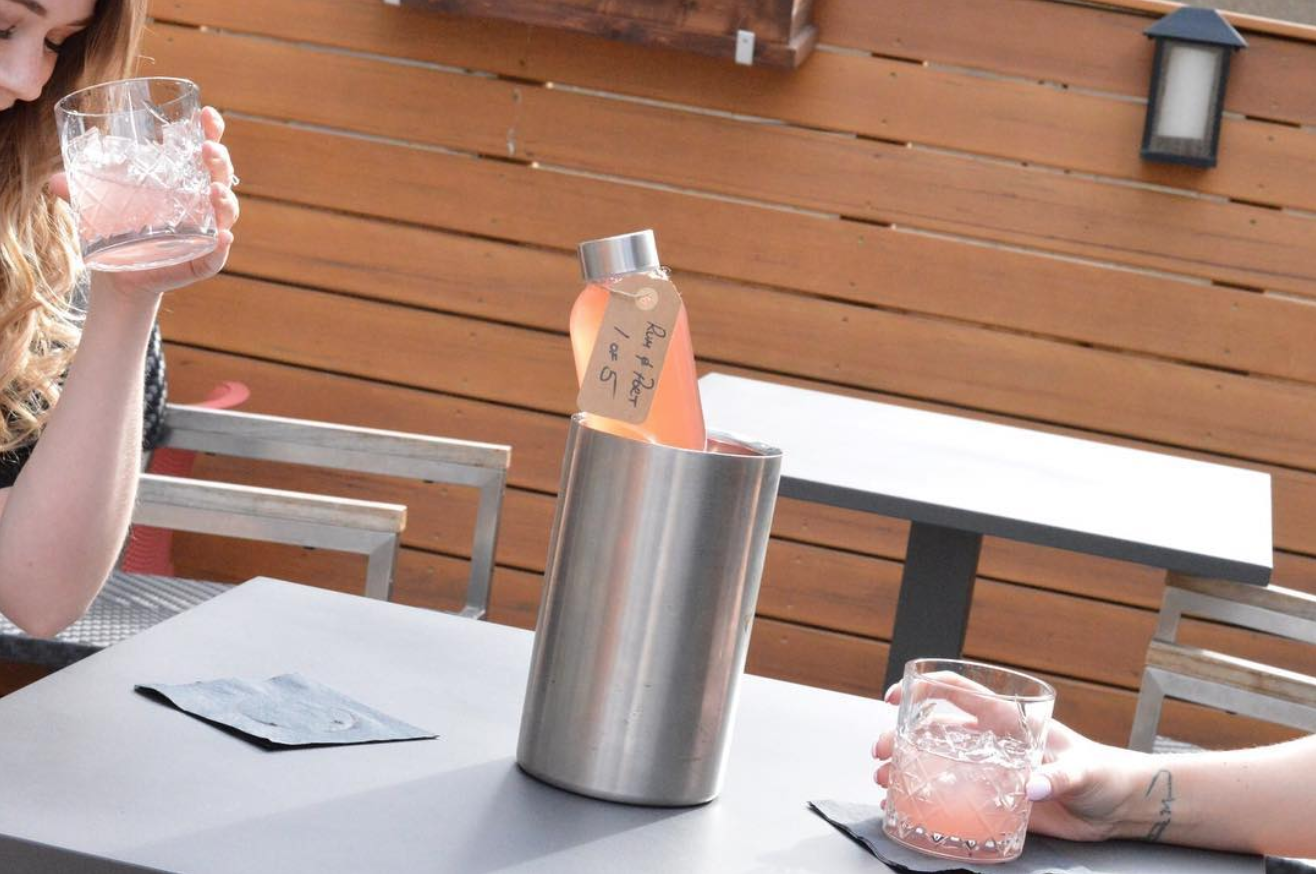 Dwarfed by all the condos in the area, this rooftop feels more like a backyard. Even still, it’s sunny (even more so due to the reflective glass condos) than you’d expect, and it serves up the typical combination of boozy drinks and health-conscious eats. Perhaps one of the most romantic patios around, this all-weather rooftop restaurant is illuminated by candlelight and city lights while the menu boasts oysters, steaks, and lobster risotto. 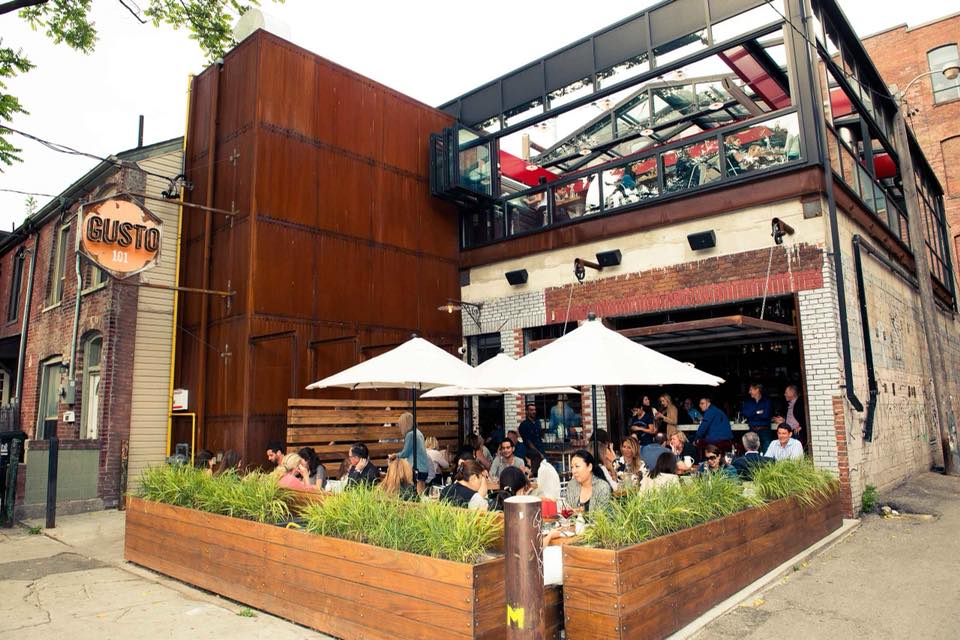 With a retractable roof, this patio is in business rain or shine. On the menu, Italian standards like pizzas and pasta plus three magic words: vino on tap. 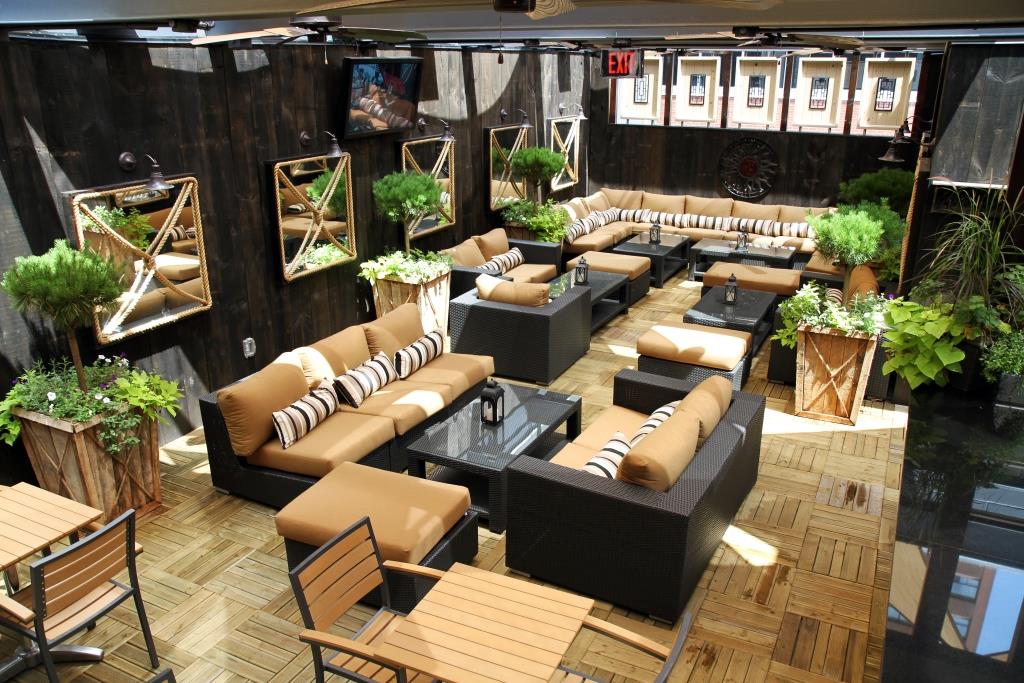 Decked out to the max, this patio is the perfect place to lounge around with a cocktail in hand while soaking in live music as it mingles with the soundtrack of the city. 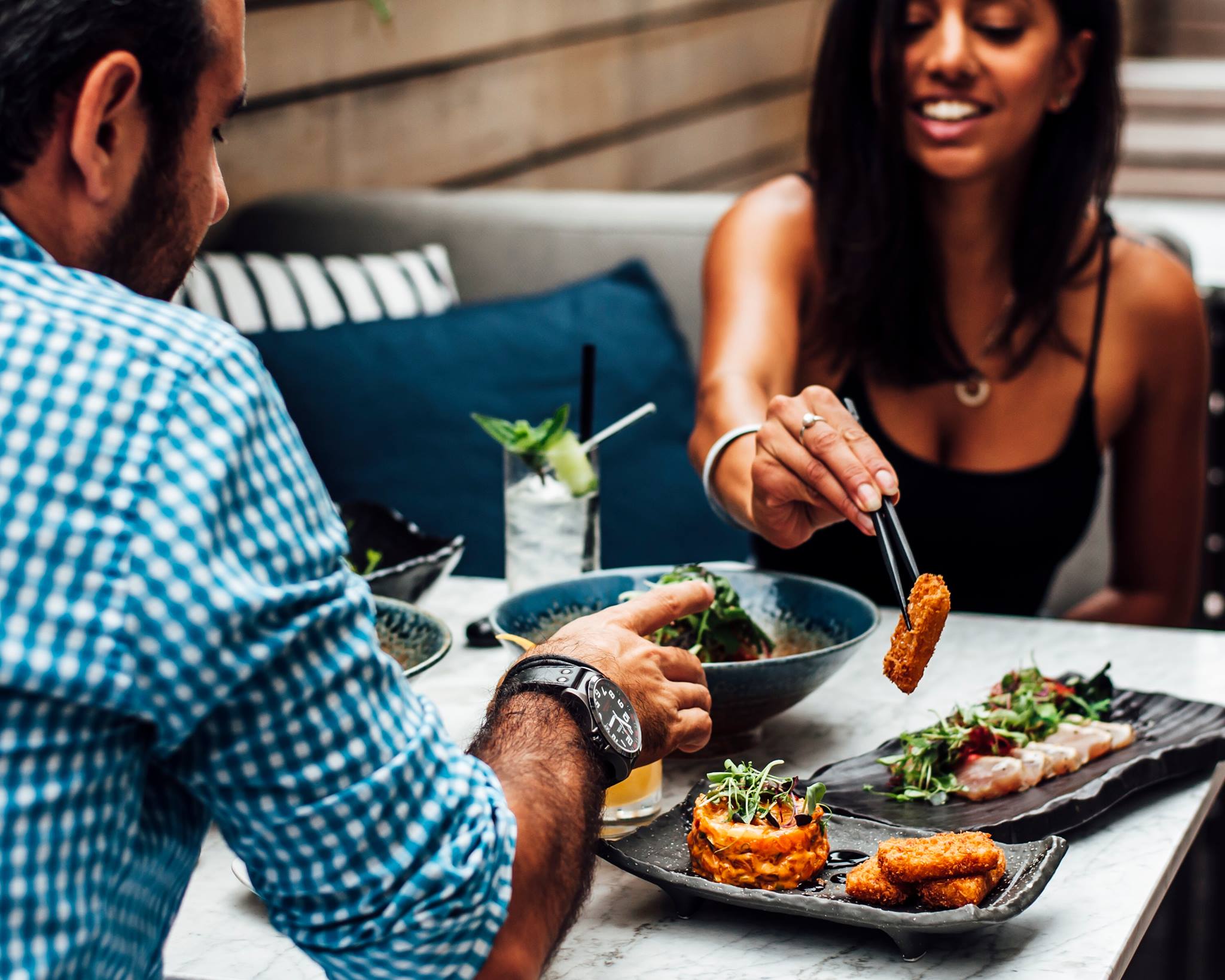 Sushi and starlight! Head to this terrace in the heart of Yorkville to sip cocktails alongside dishes like Wagyu fried rice and soft shell crab maki. 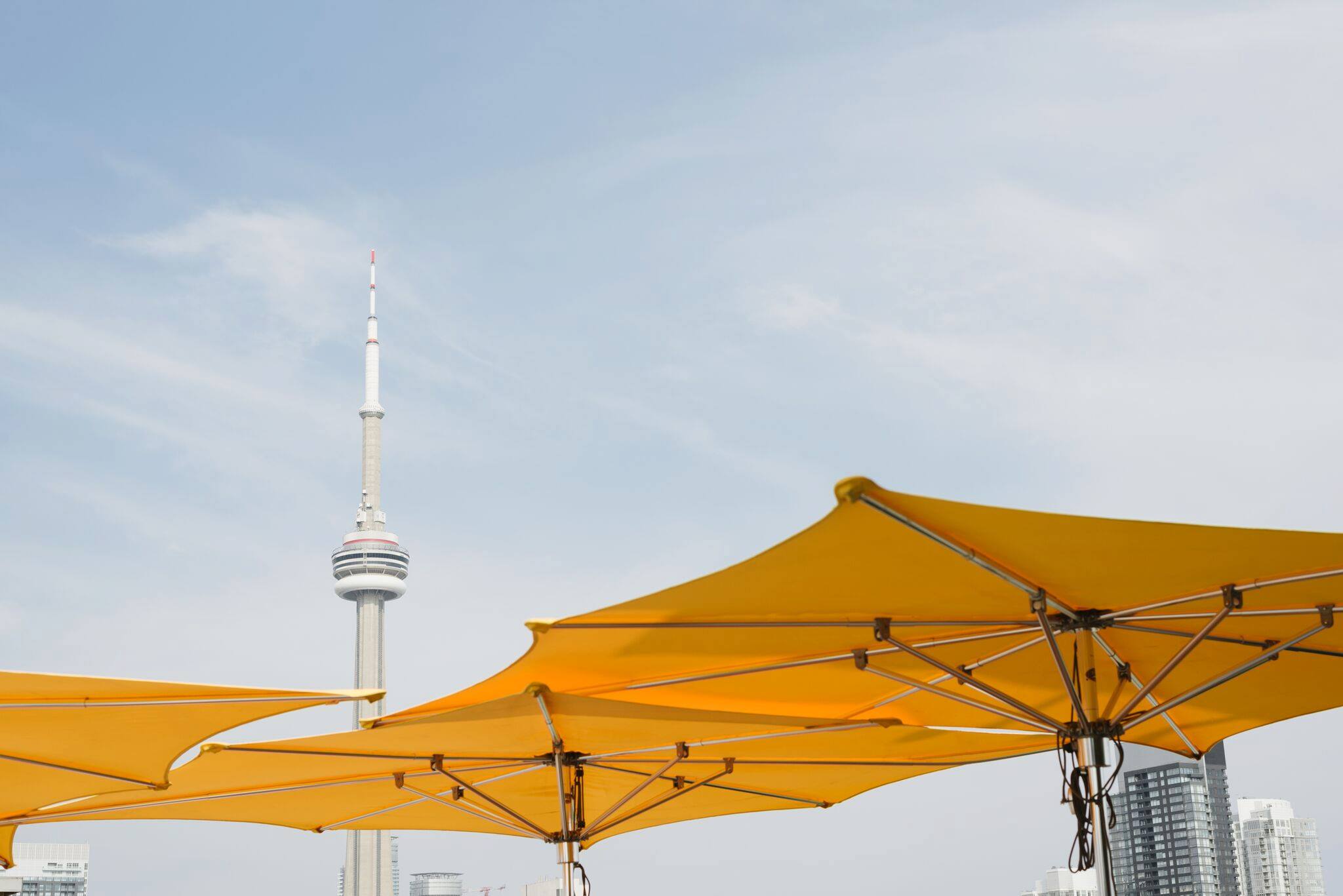 Pool-side, sky high, and on King West. The restaurant due for a relaunch in time for Summer 2018. 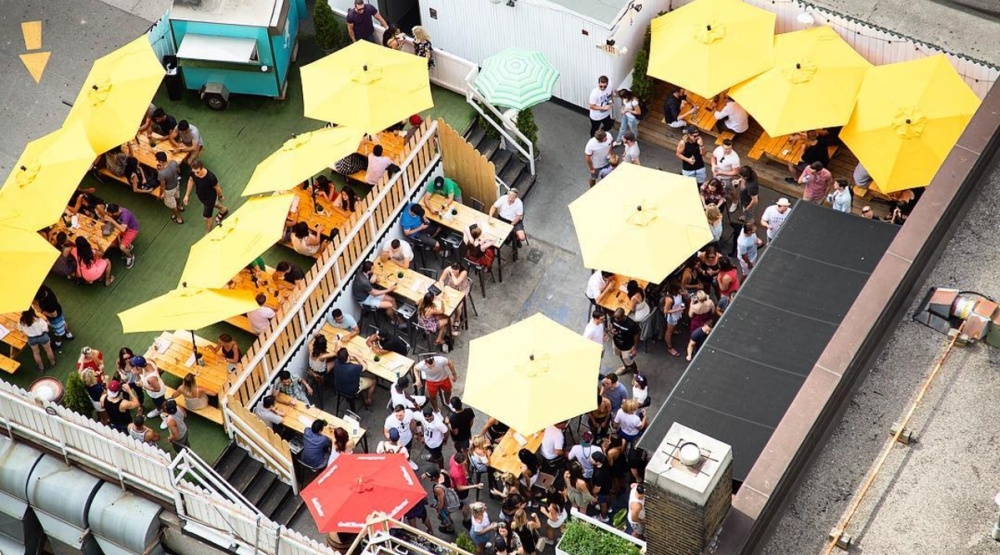 The rooftop beer garden offers a spectacular view surrounded by skyscrapers. Find house brews on tap, while a food truck parked on the roof dishes out BBQ, and other beer-friendly foods.

This pub and kitchen in The Beach(es) offers an excellent view of Toronto’s east end along with two dozen craft beers on tap and all pleasing selections like wings, nachos, and yes, even avocado toast. 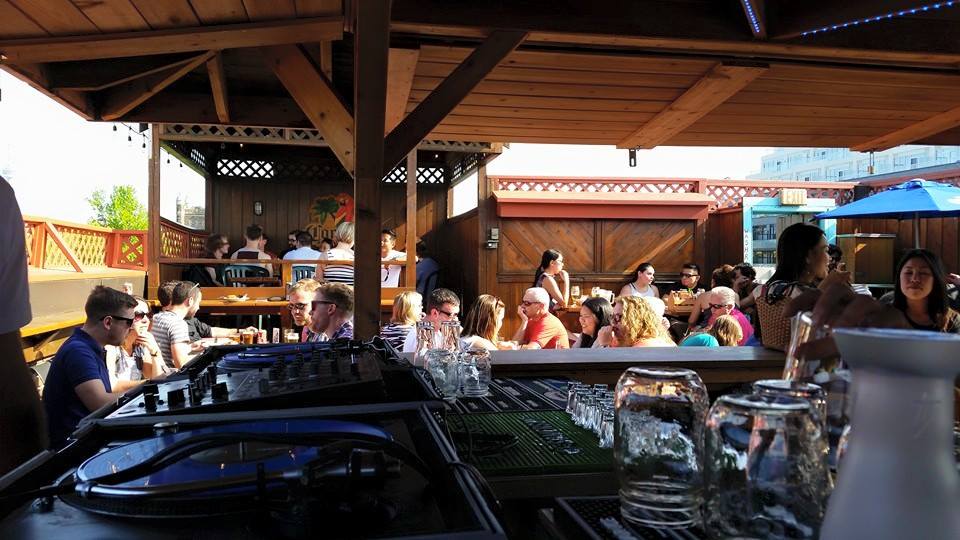 Negronis on tap, sangria, a rooftop patio… I think its fair to assume that this Bloor Street pub is trying to seduce you. 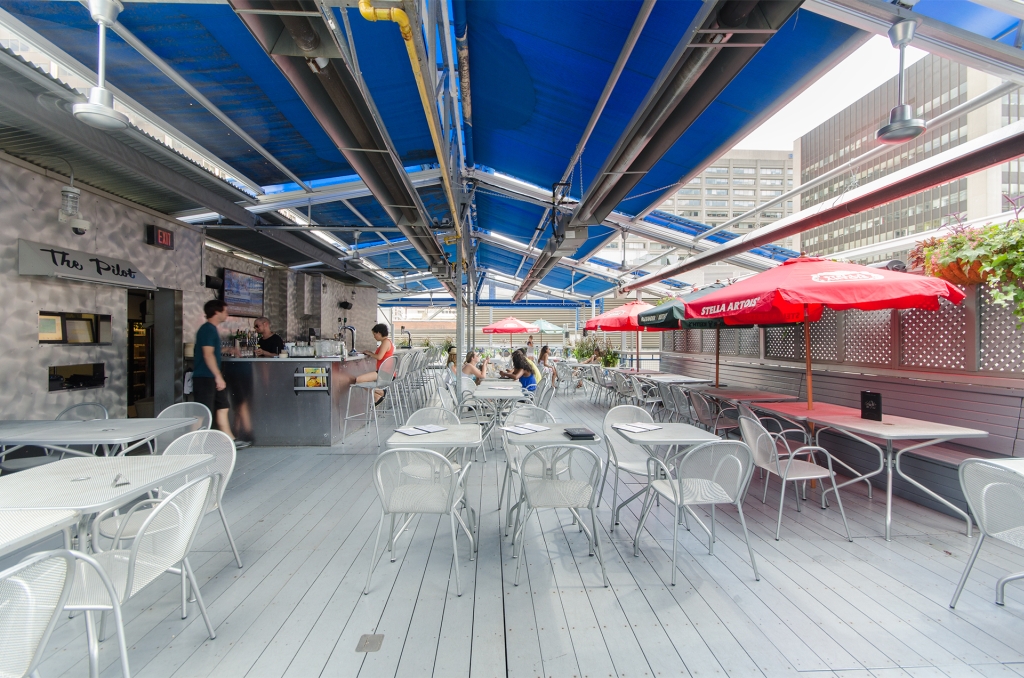 Climb on up to the flight deck to enjoy this rooftop in Yorkville. The retractable awning makes it practically all-weather so patio season extends from March until December. 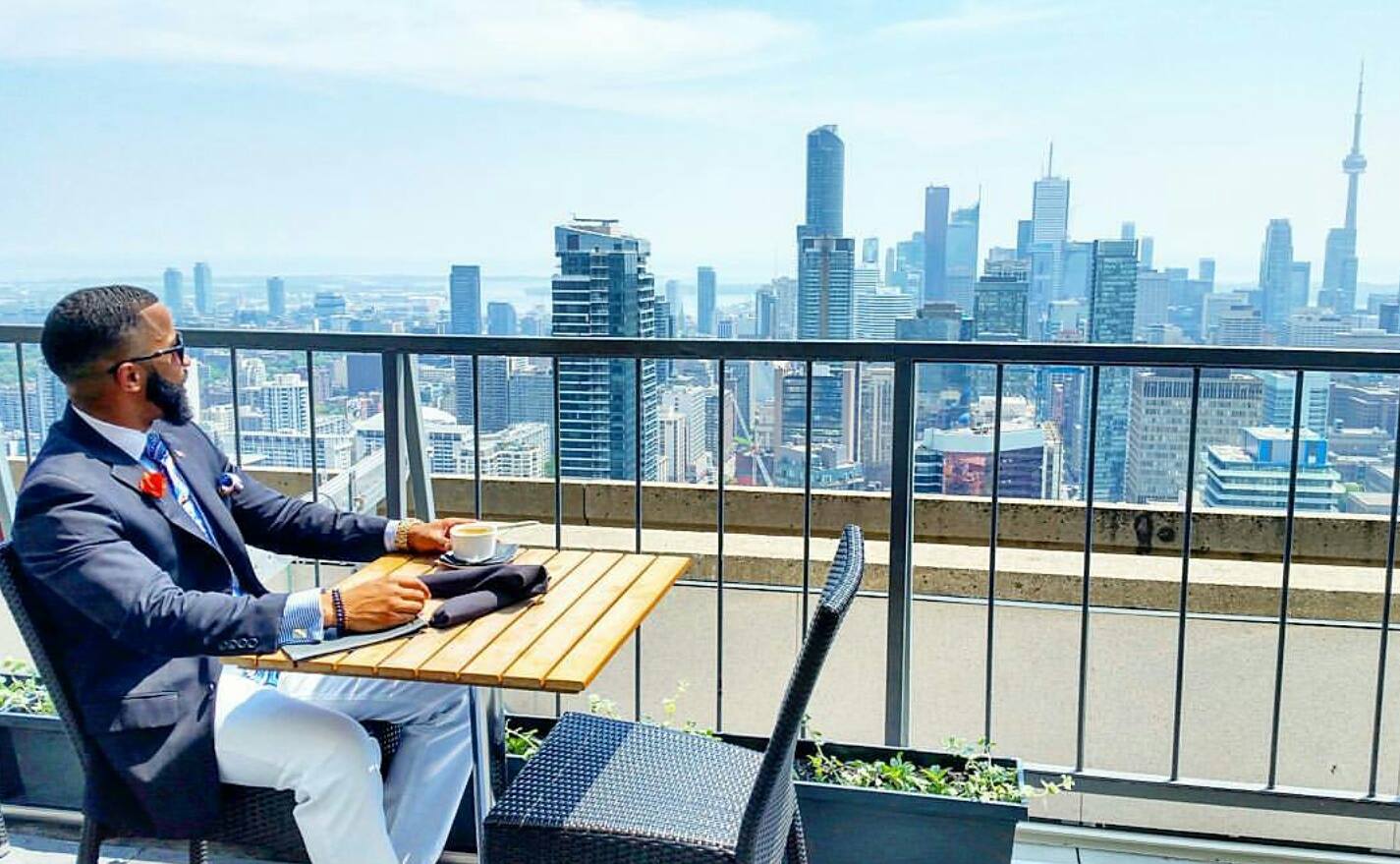 Located on the 51st floor of the Manulife Centre, this restaurant towers over the city and offers an unparalleled vantage point looking south from Bloor to the lake. 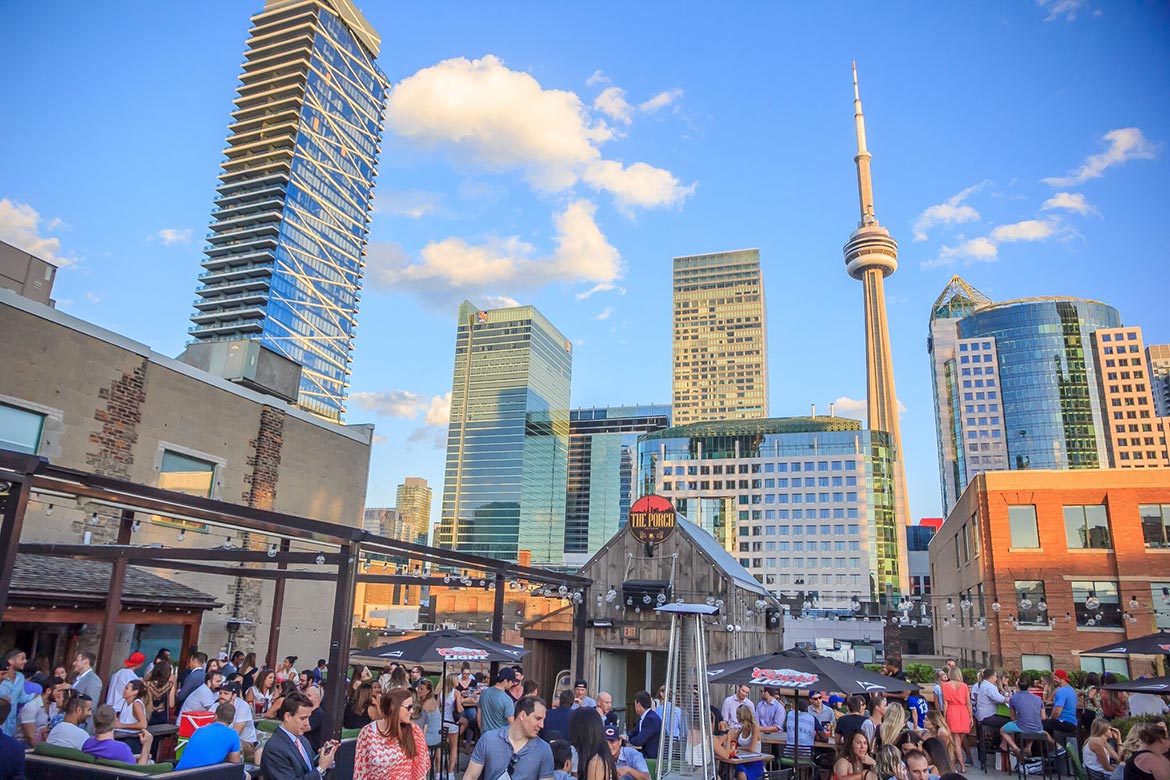 A killer view that’s known to draw line-ups. Just be warned, this place also charges cover just for the pleasure of being seated outside. 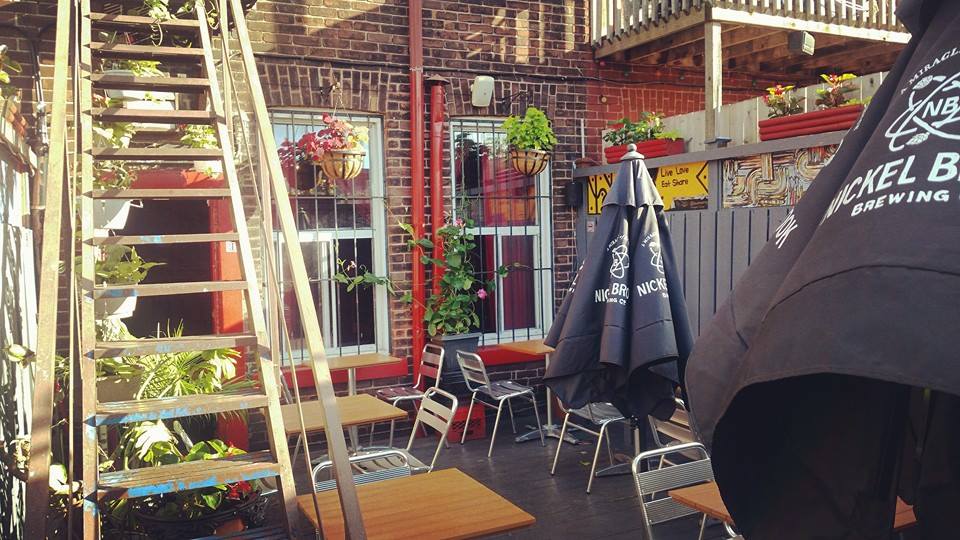 The expansive list of craft beers and Ontario ciders are reason enough to visit this multi-level Queen West venue. The rooftop patio is kind of like the cherry on top.