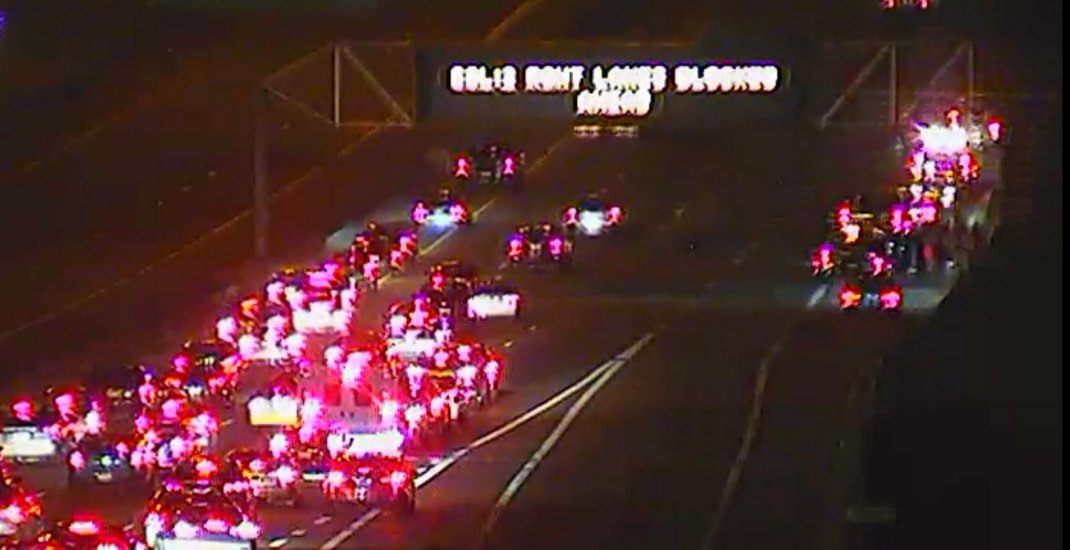 Highway 401 has now been cleared and eastbound collector lanes have reopened following a  multi-vehicle crash that sent five people including three children to the hospital with injuries.

The crash happened just after midnight on Monday morning and closed down a section of the highway from Leslie Street to the Don Valley Parkway.

CBC reports that Toronto medics transported two adults and three children to the hospital including one child that suffered a serious injury.

The highway closure was cleared and all lanes were reopened shortly after 6 am this morning.