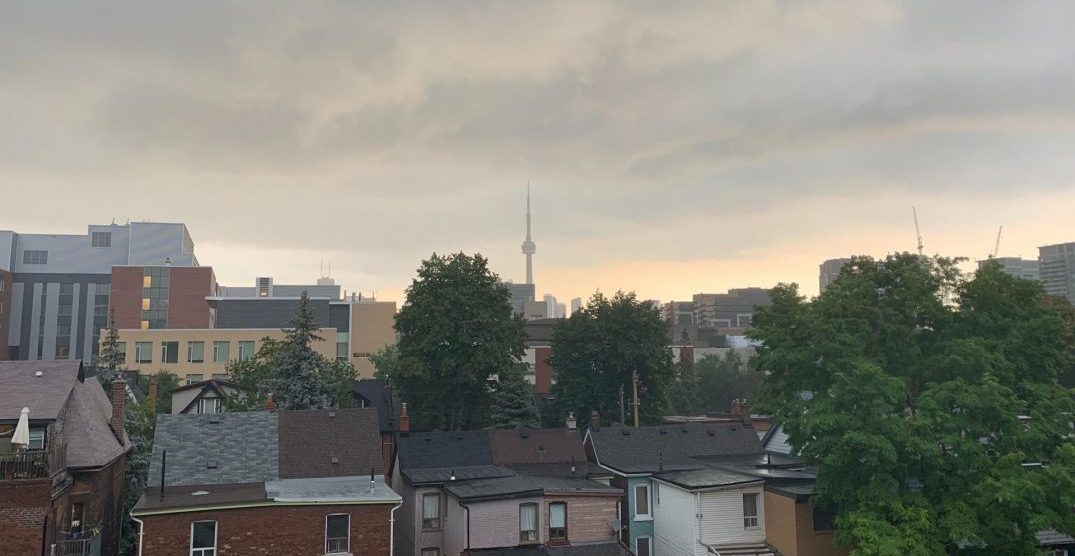 A tornado watch and severe thunderstorm warning for the City of Toronto has been issued by Environment Canada on Tuesday evening.

According to the weather agency, at 5:48 pm, the tornado watch was issued for the region with the thunderstorm watch following shortly after at 6:05 pm.

“Conditions are favourable this afternoon for the development of severe thunderstorms which may produce brief tornadoes,” the tornado alert reads. “This is a dangerous and potentially life-threatening situation.”

Environment Canada advises that residents be ready and to take cover immediately if threatening weather approaches. If possible, go indoors to a room on the lowest floor, away from outside walls and windows, such as a basement, bathroom, stairwell, or interior closet.

Structures like mobile homes, vehicles, tents, trailers, and other temporary or free-standing shelters should be vacated immediately, and protection sought in a strong building.

Environment Canada also advises, as a “last resort,” that people can protect themselves by laying in a low area to protect their heads from flying debris.

Tornado watches are issued when atmospheric conditions are favourable for the development of thunderstorms that could produce tornadoes.

An emergency alert was also issued over people’s mobile devices. 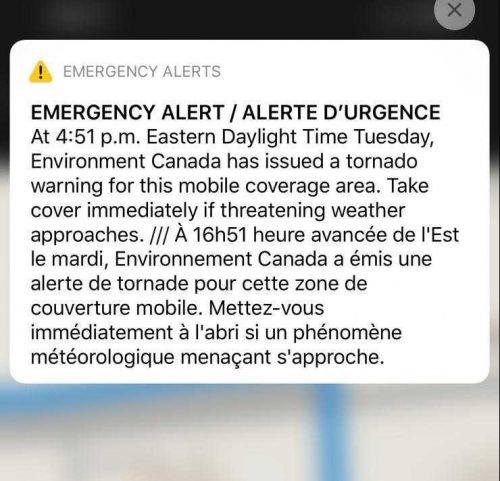 Severe thunderstorm warnings are issued when imminent or occurring thunderstorms are likely to produce or are producing one or more of the following: large hail, damaging winds, torrential rainfall.

The inclement weather comes after four tornados were spotted outside of the city on Sunday and Monday.

According to the province, “Ontario averages about 12 tornadoes a year, usually between May and September. From the extreme southwest of the province to the farthest northern tip, a tornado can strike anywhere. Environment Canada issues warnings when tornadoes are imminent or already detected.”