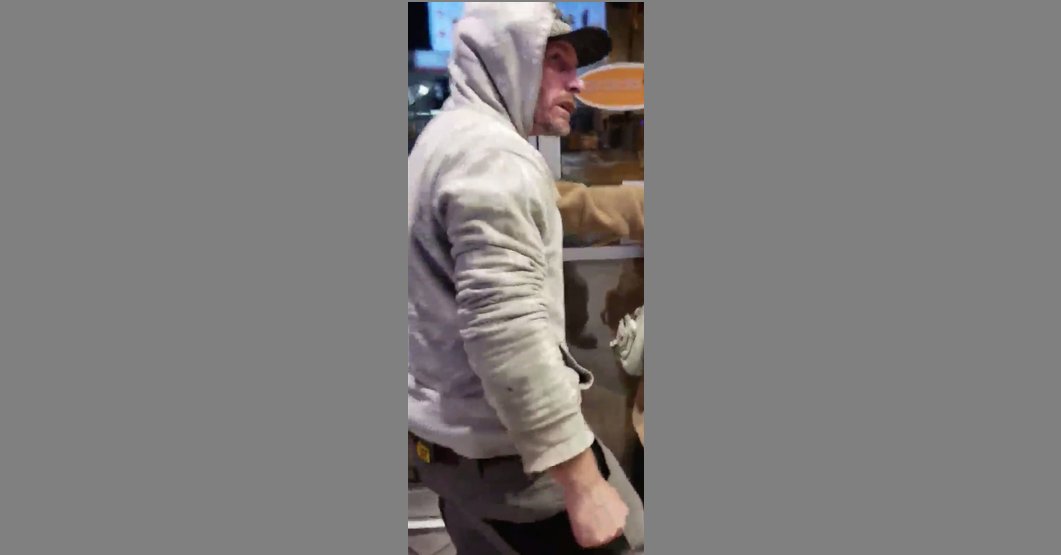 The Toronto police have requested the public’s assistance in identifying and locating a man wanted for a violent assault inside a Parkdale restaurant.

According to the police, on Monday, November 12, just after 1:15 am, officers were dispatched to an assault call at a restaurant in the area of Lansdowne Avenue and Queen Street.

Police say a male entered the restaurant and got into a verbal dispute with another man, whom he exchanged “hostile comments” with.

The suspect is then alleged to have punched that man, knocking him to the ground unconscious. He then proceeded to kick and stomp on the man’s motionless body before approaching an employee, pushing them and demanding they erase the video of the incident.

He then fled the restaurant on foot and was seen heading eastbound, according to police.

The victim, meanwhile, was taken to hospital with unspecified injuries.

The suspect is described as being 30 to 40-years-old, with a medium build and a beard.

Police are urging anyone with information about the suspect’s identity to come forward.