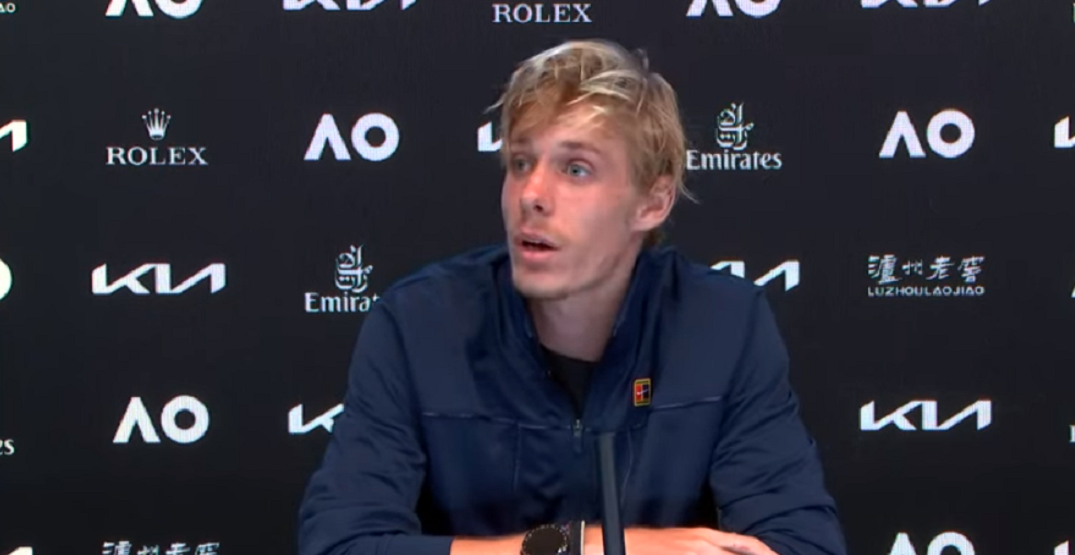 Denis Shapovalov might not think that every tennis umpire is corrupt.

But that doesn’t mean he’s the biggest fan of them either.

During the second set of last night’s five-set loss to Rafael Nadal in the Australian Open quarterfinal, Shapovalov made comments towards the match’s umpire that “you guys are all corrupt” when Nadal was not given a time violation after a slow return to the court.

🗣️ "You guys are all corrupt!"

Denis Shapovalov has unloaded on the chair umpire in a stunning outburst on Rod Laver arena. 😳🤯#AusOpen – Live on Channel 9 and 9Now pic.twitter.com/BUdTxut1Fc

After falling behind two sets to zero, Shapovalov tied things up before falling 6-3 in the fifth and deciding set.

In his post-match press conference, Shapovalov walked back the comments, but not the sentiment behind them.

“I mean, I think I misspoke when I said he’s corrupt or whatever I said,” Shapovalov said when asked about his in-match comments directed at the umpire. “It’s definitely emotional, but I do stand by my side. I think it’s unfair how much Rafa is getting away with.”

Shapovalov added that his grievances were not personal towards the 20-time Grand Slam champion Nadal, who is set to face Italy’s Mario Berrettini in tomorrow’s semifinal.

Shapovalov said that he feels the boundaries established by the ATP are not properly enforced.

“I mean, I’m completely ready to play and the clock is ticking 3, 2, 1, clicking towards zero, and I’m looking at the ump,” Shapovalov said. “Obviously I’m going to speak up and say something. I’ve been ready to play for a minute and a half, and he tells me he’s not going to give him a code violation because I’m not ready to play. To me, it’s a big joke if somebody says that.”

But Nadal didn’t quite see it the same way.

“I never feel that I had advantages on court,” he said. “It’s always in the mind that the top players get bigger advantages.”

Nadal said that he wished Shapovalov all the best, but believed he would “understand later on” that he was “probably not right.”

“I honestly feel sorry for him,” Nadal added. “Of course it is tough to accept to lose a match like this.”

In addition to his comments during the second set, Shapovalov said he was frustrated by Nadal’s actions once the match was tied at two sets apiece. Nadal left the court for a medical break, followed by a toilet break, which Shapovalov said was a luxury he had not been allowed at past tournaments.

“It’s difficult. I mean, it was a big break after the fourth set for this reason, and the momentum just goes away. It’s much more difficult to play, I think. Again, not trying to say anything against Rafa,” Shapovalov said. “I mean, he’s a great player. I really respect all he’s done. But I just think it’s super difficult and super frustrating as an athlete to go up against all of this.”

Felix Auger-Aliassime represents Canada’s last hope at the Australian Open, taking on Daniil Medvedev in tomorrow’s quarterfinal. The match is slated to start in the early hours of Wednesday morning, as it’s expected to begin at 3:30 am ET/12:30 PT.