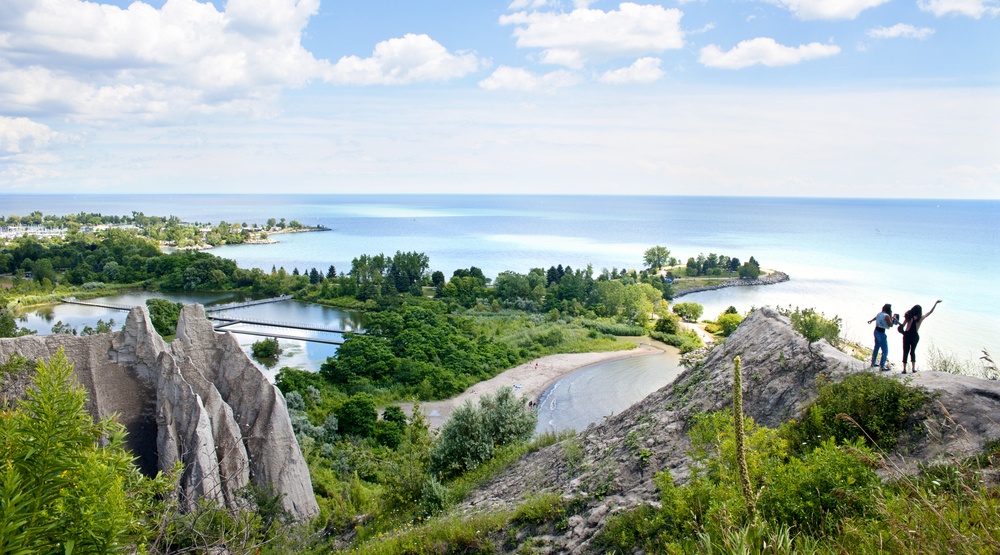 According to a report from the General Manager, Parks, Forestry and Recreation, the Park, located at 61 Undercliff Drive, is recommended to be renamed Scarboro Crescent Park.

The reason for the name change? Apparently, it will reduce confusion, congestion, and parking issues the park faces.

“Visitors unfamiliar with this area confuse this park (located at the top of the Scarborough Bluffs) with Bluffer’s Park and Beach (located at the water’s edge) which results in both major congestion at the park, as well as disappointment of the public when they realize that the beach is not accessible from that location,” reads the report, dated April 7.

A post shared by Cassandra Fallis (@cassandrafallisphotography) on May 1, 2017 at 5:41am PDT

City staff note that visitors to Scarborough Bluffs Park also use unsafe and dangerous methods to climb down the bluffs to the beach. This resulted in 25 calls for emergency rescue for park visitors in 2016. And because of limited street parking, EMS vehicles are often delayed because of cars blocking roads, and the Toronto Police Service is often called to the Park due to altercations between drivers competing for the limited number of on-street parking spots.

“Changing the name of Scarborough Bluffs Park to Scarboro Crescent Park would take the word “Bluff” out of the name and help to clear up some confusion for visitors not familiar with this area; better direct visitors in finding the appropriate park and experience they are seeking; reduce the number of visitors scaling down the bluffs to access the beach; help lessen the on-street parking challenges; and reduce the number of emergency calls to TPS and EMS,” concludes the report.

The proposed change is being presented at the Scarborough Community Council meeting on May 2.