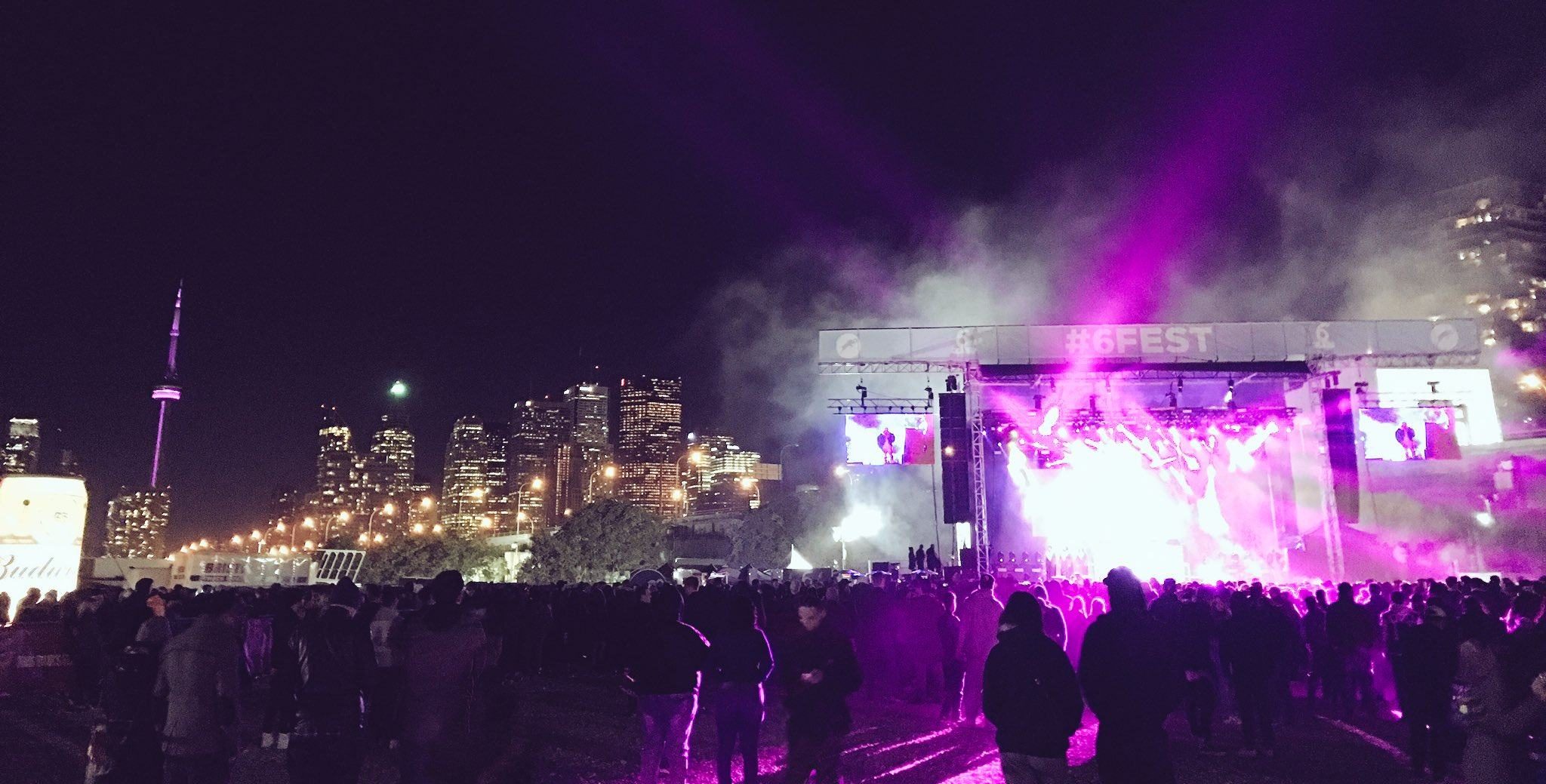 And having had previous appearances by the 6ix God himself, Drake, and Toronto’s coolest city councillor Norm Kelly, the stakes were high once more for organizers.

As the weekend festival took place, the line up seemed impressive. Day one featured headliners Diplo and Pusha T, who were also joined by Grandtheft and Thugli. And day two was almost a ‘Summer Sixteen’ line up, with French Montana, Roy Woods, DVSN, and Baka.

Unfortunately, when you’re expecting Drake to be there, that’s not going to be the case. And with 6 Fest’s history and constant mention of “surprise guests,” many fans were left disappointed. Perhaps news of Drake’s ankle didn’t reach some, or the fact that part of his tour is cancelled at this time. Either way, the lack of Drake left students with mixed emotions on this one.

when you still have hope that drake will pull through at #6Fest pic.twitter.com/kBsqxqAcI5

Not gunna lie, Roy Woods and DVSN were lit last night, but still felt kind of led on by the false promises of a “special guest” #6Fest

But some were less upset.

Haters will always b haters, no need to waste time on they. I personally enjoyed #6Fest & praise @RyeSU for making Ryerson a 🔥 university

Harambe didn’t show up to #6Fest I had high hopes.

And in case you missed it, here are some photos from this year’s 6 Fest.

I’m not divided over my love for @dvsndvsn 😍 #6Fest

🚨6FEST🚨 Who was your favourite performer of the night? Tag your friends who went to 6fest!