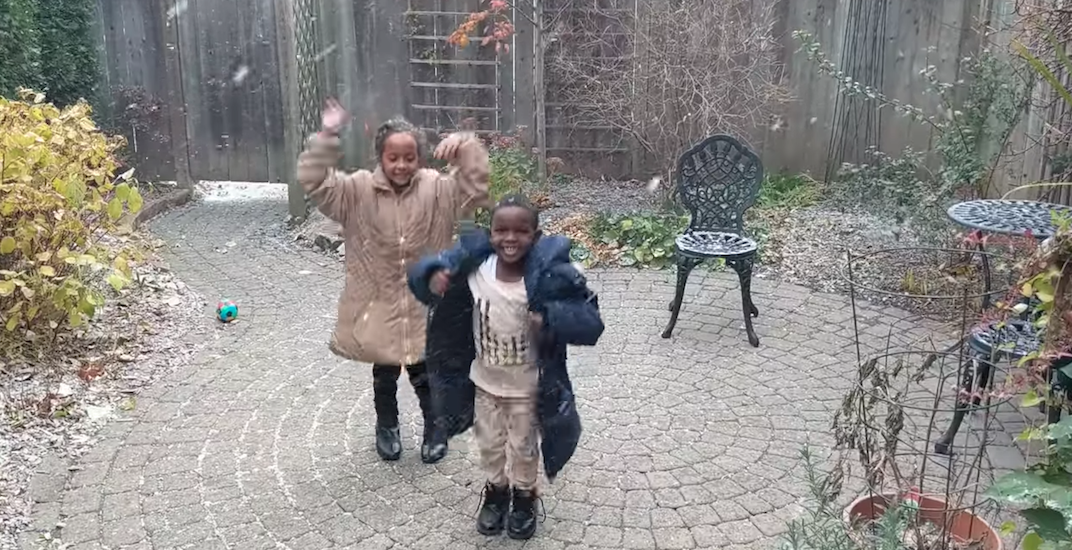 The first snowfall of the year is always a special feeling, bringing back fond memories from your childhood when you would spend all day playing outside in the snow.

But imagine experiencing snow for the first time as a refugee child who recently arrived in Canada after fleeing from your home.

That’s an incredible moment that a woman from Toronto witnessed over the weekend and shared on social media, capturing the hearts of thousands of people on Twitter, Reddit and YouTube.

The video was posted on YouTube and other social channels by Rebecca Davis, who says she volunteers at Ripple Refugee Project, a Toronto-based private citizen group that sponsors, settles and helps integrate newcomers to Canada.

The touching video shows two Eritrean refugee children absolutely ecstatic as they experience snow for the first time in Toronto. In the video, you can see the two kids jumping up and down, shrieking with joy and giggling at the site of the snow falling from the sky.

Davis also tweeted an adorable photo of the small children eating the snow for the first time.

The children and their family are currently living temporarily with Davis until she can get them on their feet and ready to live on their own. Seeing the absolute joy on their faces will definitley put you into a good mood. Watch the heartwarming video below and see for yourself.