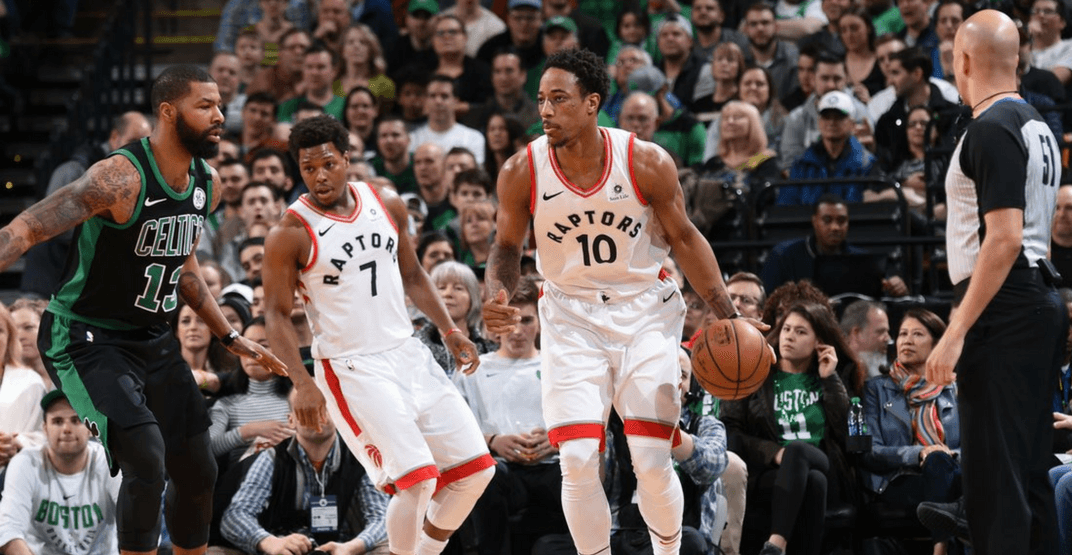 It’s the biggest game of the season.

After a loss to the Cleveland Cavaliers on Tuesday night, the Toronto Raptors are desperate for a win against the Boston Celtics – a game that may determine the first seed in the Eastern Conference by the end of the season.

With a two-game lead for first place in the Eastern Conference and just five games left, a win against the Celtics would lock up top spot in the East – barring a collapse of monumental proportions. If they can win tonight, it would take just a single Raptors win or a single Celtics loss in each of their final four games to give top spot to Toronto. 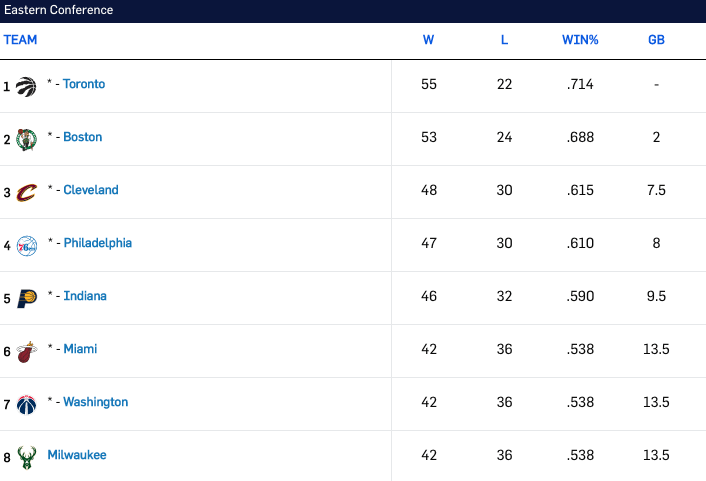 First place is clearly of huge importance, as it not only secures home court advantage (and Toronto has the best home record in the East this year), but it also likely avoids a second-round matchup with LeBron James and the Cavs.

The Celtics have been riddled with injuries all season long, and while they will be without their star point guard Kyrie Irving, the more injuries they’ve accumulated of late, the more they’ve been winning.

They’re 7-3 in their last 10 games, which includes a fourth-quarter beatdown of the Raptors on Mar. 31.

For the Raptors, on the other hand, they’ve had their most difficult stretch of games this season, struggling to find any consistency to close out the season. They’re 5-5 while ranking among the worst defensive teams in the league in their last 10 games—24th in the league, two-thirds down from their overall ranking of sixth.

DeMar DeRozan has played his worst stretch of basketball this season. In the last 10 games, the All-Star guard has been shooting at 45% from the field, 21.9% from the perimeter, with a plus-minus of -2.2.

I'm not letting Kyle Lowry off the hook.

As far as regular season games go, this one was pretty darn important.

He was a ghost. I don't care if he was up late or partying or hungover from the Villanova win or whatever.

Lowry will be coming into Wednesday night with a lot of pressure after a poor performance against the Cavaliers: five points, 2-11 from the field, 1-7 from three, with as many turnovers as assists.

This very well could be a preview of the Eastern Conference Finals. The Raptors will need DeRozan and Lowry to step up, with assistance from the second-unit against one of the best defensive teams in the league.

Otherwise, they might be looking at an unfavourable journey to the third round.