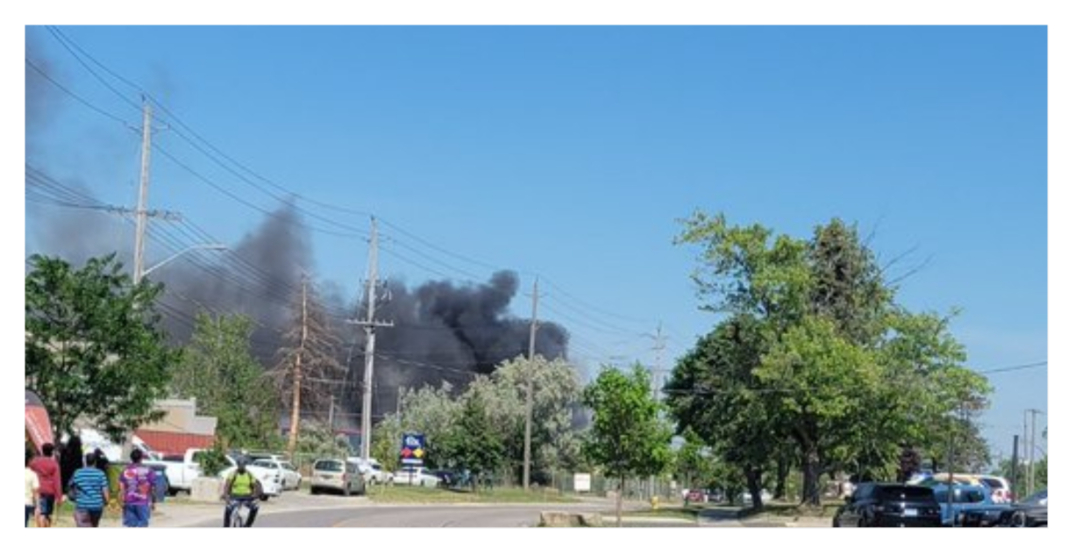 An explosion and fire in Etobicoke that prompted a number of evacuations and a massive response from Toronto Fire and Toronto Police Services is now considered under control.

In a tweet, TPS says crews were dealing with an “active fire/explosion scene” on Tuesday evening, while Mayor John Tory says in a tweet that it involved “a large number of propane and compressed gas cylinders.”

This is happening near Racine Road and Brydon Drive and a number of businesses in the area have been evacuated by emergency services.

The @Toronto_Fire is on scene of what is now a 3rd alarm on Racine Rd in Etobicoke.

There are also a number of road closures in the area and TTC buses were brought on scene for shelter.

TFS is currently mitigating a 3-alarm fire on Racine Rd (betw. Martin Grove Rd/Kipling Ave) in a defensive mode. Buildings in the area have been evacuated & roads in the area are closed. Please avoid the area. Thankfully there are no reports of injuries at this time. #Toronto

There are no reports of injuries and Toronto’s Mayor has also taken to social media to thank first responders.

Thank you to all members of the @Toronto_Fire Service who responded to a 3-alarm industrial fire in Etobicoke this afternoon. This fire involved a large number of propane and compressed gas cylinders.