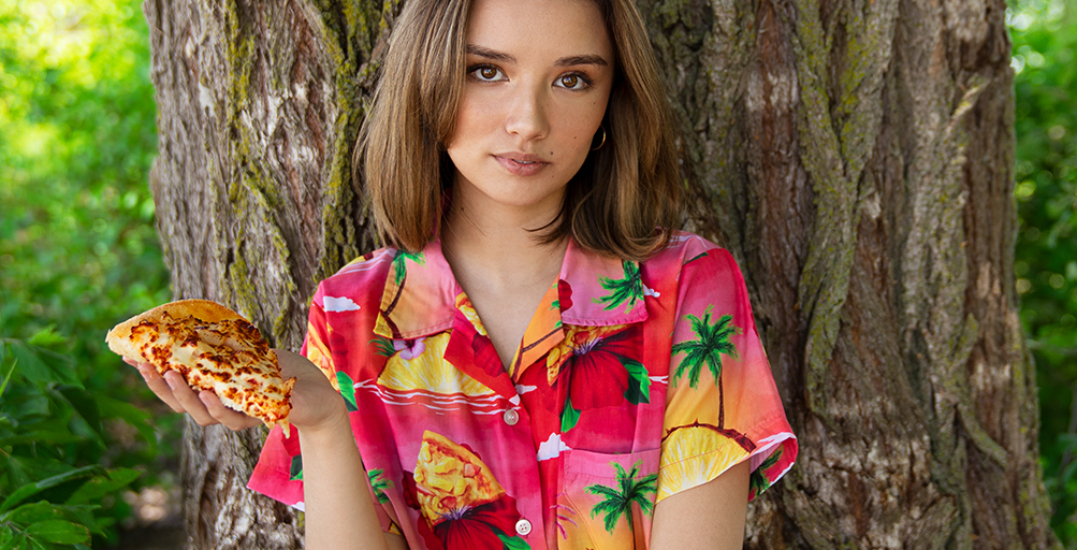 It will come as no surprise to any true pizza lover that pizza toppings are a deeply personal choice — one that can be surprisingly…polarizing.

Sharing an affinity for the same toppings can cement a budding romance, while a disagreement over preferred toppings can catapult a party into total chaos. And aside from (maybe) anchovies, no single pizza topping is more divisive than pineapple.

So, does pineapple belong on pizza? It’s a question as old as time.

In a noble attempt to settle the debate, Pizza Hut Canada has picked a side and pledged its allegiance to the pineapple pizza-lovers.

If you’re a firm believer that pineapple definitely belongs on pizza, Pizza Hut has your back with new Hawaiian-themed shirts that will make you feel proud to support the fruit. Whether or not you’re a fan of pineapple, if you love pizza, you’ll go ham for the shirt.

Inspired by the cheesy, quintessential Hawaiian shirts of the 80s and 90s, the line of Pizza Wear features over-the-top elements like a pizza-shaped pocket, blooming pizza slices, and an island made of pineapple. 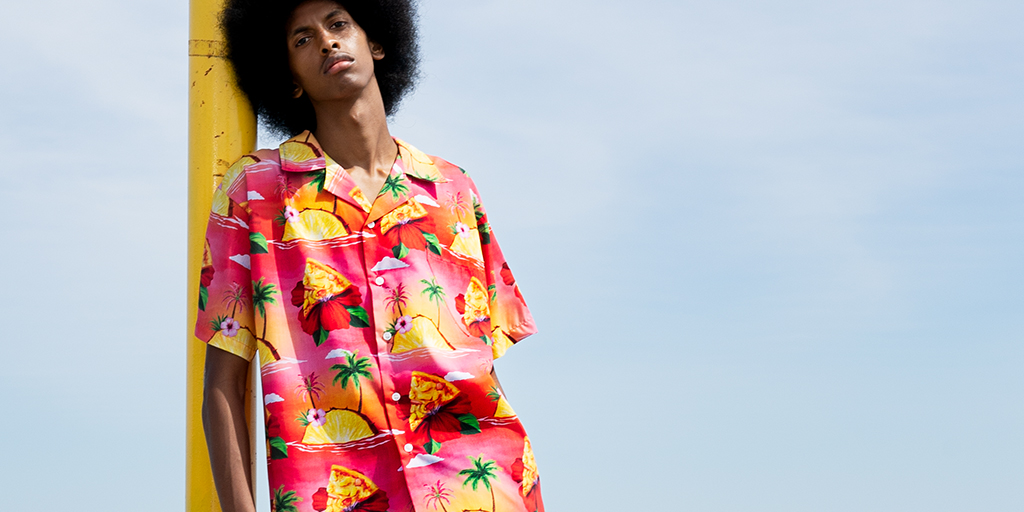 While some devout pineapple-on-pizza fans see the sweet crunchiness of pineapple and savoury chewiness of ham on a bed of gooey cheese as an equation that adds up to pure pizza perfection, others are of the opinion that fruit on pizza equates to sacrilege.

According to MaruBlue, 70% of Canadians feel that pineapple does belong on pizza whereas the remaining 30% believe the fruit should never be allowed on pizza.

Gone are the days of having to shroud your favourite pizza toppings in secrecy. Now, you can proudly don your pizza preferences by taking to the streets with your new Hawaiian pizza shirt.

And what you may not know is repping your Hawaiian shirt is actually one of the most quintessentially Canadian things you can do. First originating in Chatham, Ontario, by a chef named Sam Panopolous, it’s a full-fledge Canadian invention.

So, whether you love or hate pineapple on pizza, you can boldly put on your Hawaiian shirt knowing that it’s an emblem of Canadian ingenuity — or, you know, because it looks good. 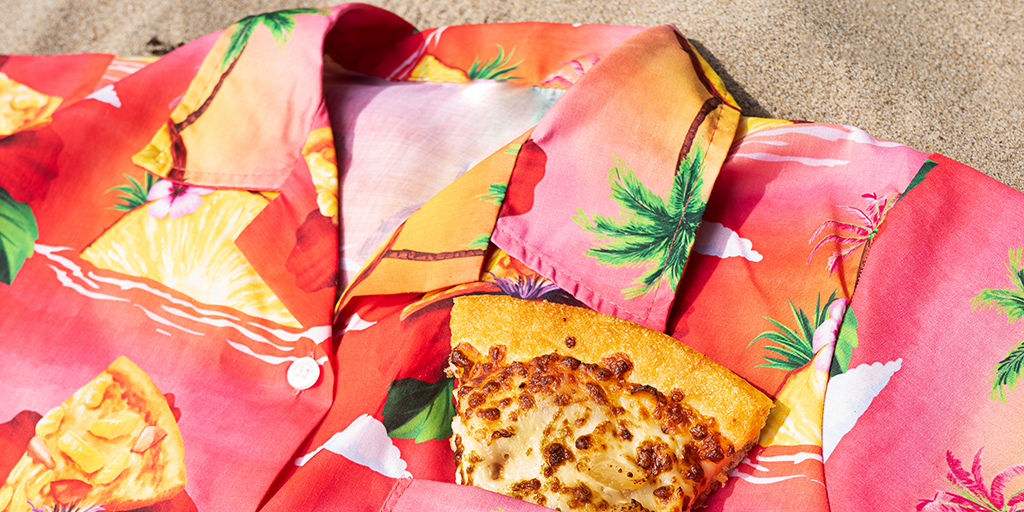 Pizza Hut is proud to be one of Canada’s fastest-growing pizza restaurant chains, with over 450 locations from coast to coast. Since 1958, the pizza purveyor has set out to make all of its dishes using the best ingredients and without compromising on taste.

Live it up over the long weekend by embracing pineapple on your pizza…and on your clothing. If you’re still on the fence about which side of the pizza debate you’re on, it’s time to make the call and rock your stance in the streets.

For a chance to get your paws on the pizza franchise’s exclusive line of pizza wear, all you have to do is head to @pizzahutcanada on Instagram and comment on their posts on July 1.