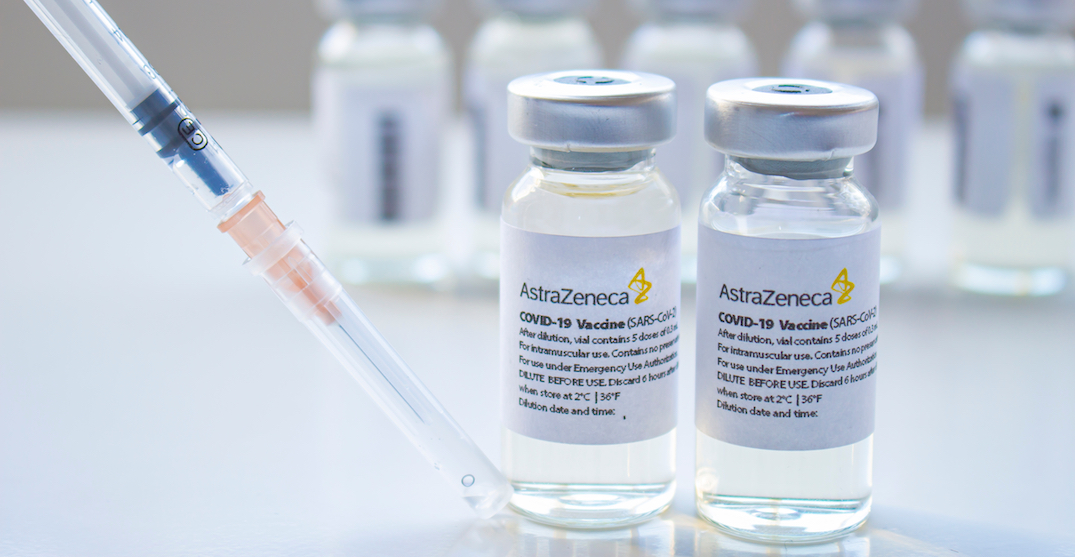 The province saw 1.7 cases of Vaccine-Induced Immune Thrombotic Thrombocytopenia (VITT) per 100,000 immunizations, which was higher than the anticipated 0.9 cases of VITT per 100,000 shots administered.

“Before it gets to anything more substantial, we want to pause and look at it,” Williams said.

Ontario has seen eight cases of VITT as of May 8.

Health officials have previously said the risk of blood clots or death from catching COVID-19 is too severe and encouraged Canadians to take the first vaccine that’s offered to them.

“Given that we’re seeing the overall number of COVID-19 cases going down and an increase in the safety signal, it makes sense to pause AstraZeneca because the risk of severe outcomes with VITT shouldn’t be underestimated,” she said.

Earlier on Tuesday, Alberta announced it would no longer be giving out first doses of the AstraZeneca COVID-19 vaccine. That province cited a lack of supply.

It is up to provinces to decide how they’ll administer vaccines, but Canada’s Chief Public Health Officer, Dr. Theresa Tam, said Tuesday she understands supply constraints.

“There is not that much left of the existing AstraZeneca supply,” she said. “They feel that as a prudent measure, that they would keep the small amount they have left in order to ensure that second dose, for those who already have it.”

Guidance for Ontarians who got AstraZeneca as their first shot will be coming soon, Dr. Dirk Huyer, provincial outbreak response coordinator, said. AstraZeneca immunizations began in March, and Huyer said more information would come by June at the latest — when the first people who got AstraZeneca will be eligible for a second dose.

Studies are currently underway to determine whether it’s effective to mix and match vaccine doses. Canadian health officials have said they’ll release guidance once those study results are made public.

Canada is set to receive approximately 655,000 more AstraZeneca doses in the coming weeks, but they’ll be dwarfed by Pfizer shipments coming into the country this month. By the end of May, Canada should receive 25 million Pfizer doses, federal health officials said at a May 6 news conference.

Canada signed an advance purchase agreement to receive about 20 million total doses of AstraZeneca, health officials in Ottawa said earlier this month. Only 1 million or so have arrived so far.

Ontario administered more than 6 million COVID-19 shots to date, and plans to ramp up its immunization campaign this month as more shipments of mRNA vaccines are expected.