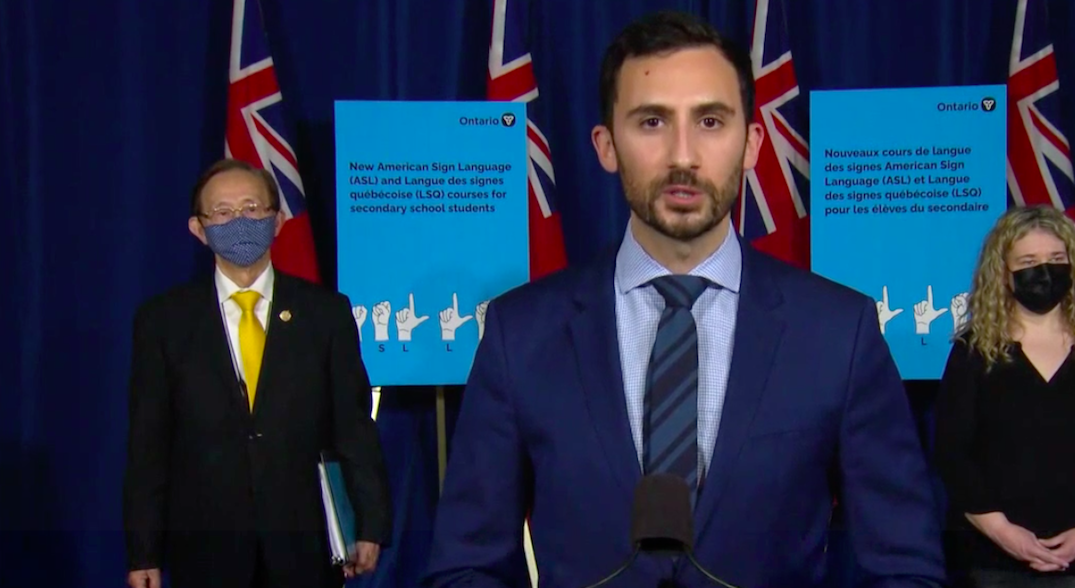 Update: Ontario Minister of Education Stephen Lecce announced on Tuesday that the province is extending its remote learning option for the 2021-22 school year, so families who wish to keep their children home can do so once again.

Ontario Minister of Education Stephen Lecce will make an announcement on Tuesday afternoon.

Lecce is expected to discuss additional funding and support for students dealing with mental health issues. Schools in Ontario have been closed since April 12, when the provincial government announced that students would not return to in-class learning after the April break.

The decision to close schools came days after the implementation of a province-wide Stay-at-Home order and was made in response to the rapid increase in COVID-19 cases.

On Monday, Ontario reported 3,436 new cases of COVID-19. Daily case numbers have been trending down since their high in mid-April. The seven-day rolling average for daily cases on April 17 was 4,370, and by May 2, it had come down to 3,558.

“It’s still precarious, but in some areas, we’re moving in the right direction on a number of fronts,” Dr. David Williams, Ontario’s chief medical officer of health, said at a press conference from Queen’s Park Monday afternoon.

It’s unclear when, or if, in-class learning will resume during the current school year.

“I think it’s well-known that we want kids to be in school,” Lecce said at a press conference on April 12, adding he hoped to welcome students back once it’s safe again.

Lecce is scheduled to begin his remarks at 1 pm. He will be joined by Parliamentary Assistant to the Minister of Health Robin Martin and Katherine Hay, president and CEO of Kids Help Phone.