Drugs and driving is becoming a real concern, especially in Ontario.

According to a new report by Statistics Canada on police-reported crimes, the number and rate for almost all drug-impaired driving violations across Canada increased in 2016 compared to the previous year.

This is despite a 3 per cent decrease in both the overall rate of impaired driving (alcohol is not included among drug-impaired driving statistics) and rate of cannabis-related offences.

The national rise in drug-impaired driving was driven primarily by Ontario, which posted a 38% increase in 2016 compared to 2015. British Columbia (+29%) and Quebec (+10%) also saw considerable increases, while Yukon, Manitoba, Nova Scotia, Saskatchewan, New Brunswick and Nunavut saw their rates decrease.

Given that these statistics only consider reported incidents, the real rate of drug-impaired driving is certainly higher.

“This may be partly explained by greater difficulties in measuring the level of drug impairment compared with alcohol impairment.”

The statistics validate the concern of many Canadians who think the looming legalization of cannabis will see more impaired drivers on the road. A study in April found that 80% of Canadians are concerned about people driving the under the influence of marijuana. 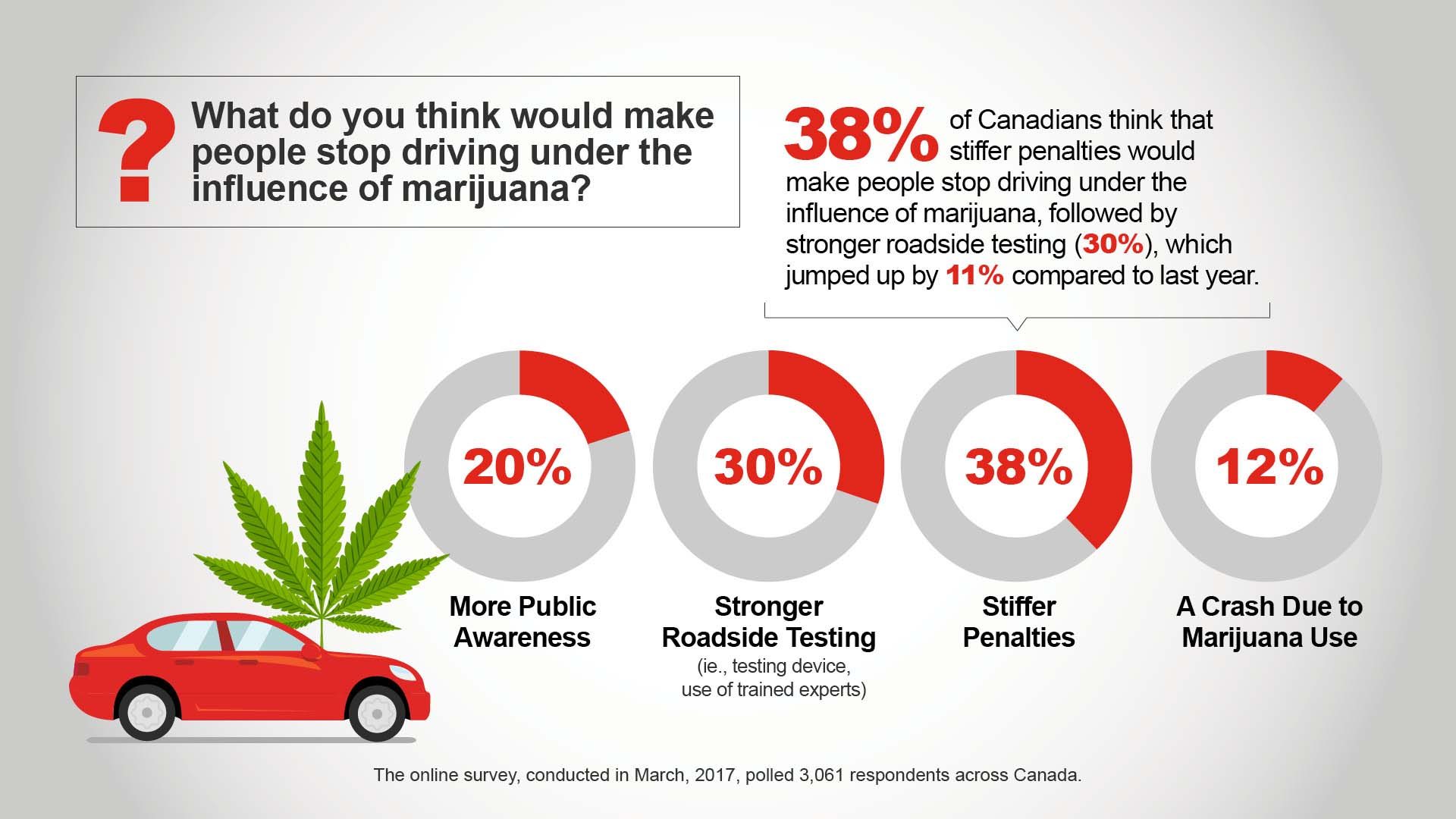 The findings also put more pressure on police to develop effective methods of roadside testing for high driving, in addition to enforcing stronger penalties for offenders.