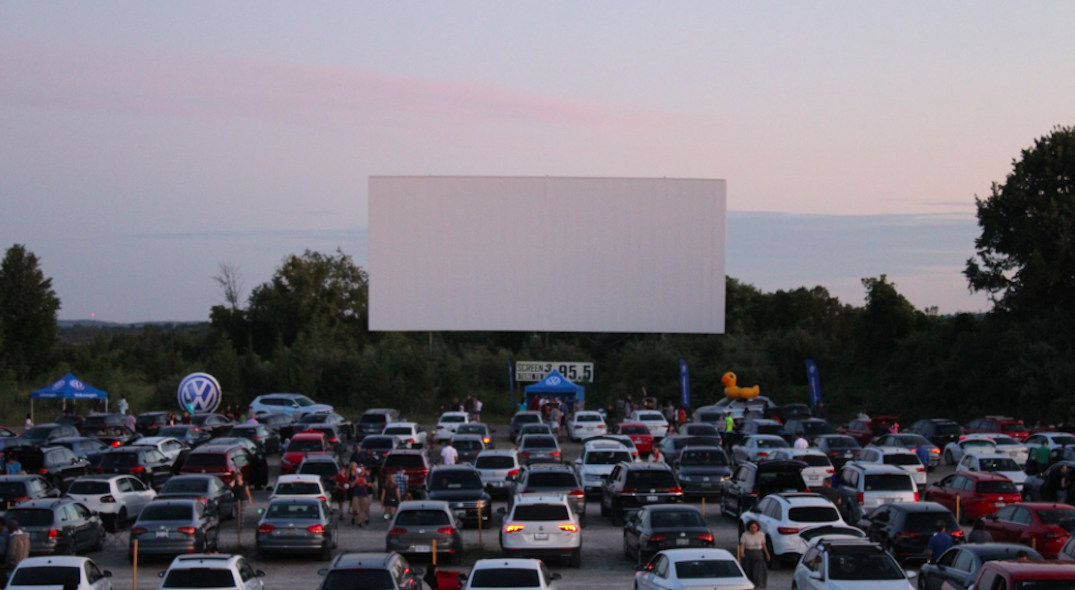 As Ontario continues to reopen more parts of the economy, movie theatres and concerts venues are being left behind.

So, to fill in the gap, drive-ins are offering the masses movies and concerts in a safe way, and people are taking advantage.

On Saturday, June 6, the first opening weekend, every drive-in saw sold-out screenings in the GTA.

“We had a successful week. We sold out every drive-in we opened,” Peter Borows, director of marketing and communications at Premier Theatres, told Daily Hive.

“We sold out within hours.”

Even this week, the drive-ins are continuing to fill their lots.

The GTA locations include 5 Drive-In and The Starlight Theatre both in Oakville, Starlite in Hamilton and The Stardust Drive in Theatre in Newmarket. There are also locations in London and Barrie.

On May 29, the provincial government allowed drive-in theatres to reopen.

The old school entertainment venue is also getting reutilized during the pandemic.

And soon, people can see concerts from their cars.

In August, the Canadian band July Talk will be performing at one of their venues, which has yet to be announced.

“We have booked a few concerts at the drive-in this summer,” Borows said.

He added that pre-recorded shows from Garth Brooks and Celine Dion, as well as other big acts, will be playing over the summer most likely on Tuesday or Wednesday nights.

While more people might be going to the drive-ins this year than summers prior, Borows said it’s all about the programming that draws in the movie-goers.

Films like Trolls and E.T. sold out within hours, which is usually the case with family programming, Borrows said.

Last summer, the drive-ins also had sold out screenings with movies like Lion King and other big studio films.

Each theatre lot can contain 11,000 to 12,000 cars but they can only be at 50% capacity. But with the 20 acre zone, Borows assures that there is enough space between cars to allow for efficient physical distancing.

Over the first week of reopening Borows said that people were following rules and regulations to physically distance. There are also signs to remind visitors and a message on the screen explaining the rules.

And, no food at the concession stands can be sold at this time.

“We’re always happy to provide something accessible to clients who have never been to the drive-in before or to our regular patrons. We want to give them the best experience possible with movies or with a concert to their liking.”

For now, while the province gradually reopens, checking out the drive-in for a safe and entertaining night out is top of the list for many.