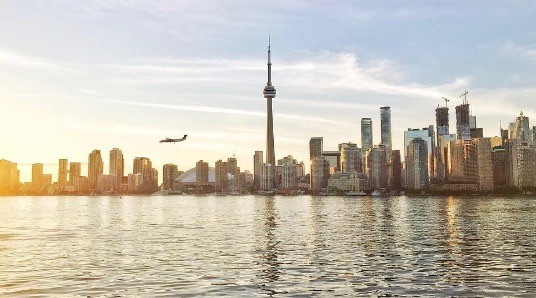 You know it, we know it: September is here.

And while there’s officially three more weeks of summer on the calendar, chances are – post-Labour Day – our best beach/patio/ice cream eating days are behind us.

One Dance streaming out of every car window

The Drake single topped Billboard charts this summer and while we don’t expect the radio play to slow down anytime soon, we know cooled temperatures are just around the corner which means you’ll be rolling up your windows in no time.

How about the poké stop? Right as you get off the ferry it gets lit af! #poké #6ixviews

RIP to both Jack and all the impromptu Poké lure parties. Mayor John Tory called up game creators and had them remove four of the waterfront Poké Stops which effectively killed everyone’s totally relaxed, non disruptive, buzz.

Poke, the other kind

Classics are always a good idea. Grand opening this weekend!

That refreshing cold fish dish that is suddenly the star at 1, 2, 3, 4, 5, 6… 7 new (and incoming) Toronto eateries. We’ll see which of you are still around this spring after we all spend the next six months eating soup and hearty hot foods.

If Toronto had a mascot (or two) this summer season it was High Park’s giant escaped guinea pigs. Apparently the pair of rodents spent the month of June at a swimming hole in the park while the media worked itself into a frenzy with every potential sighting.

Cones are soooo 2015. Ice cream tacos are where it’s at! Check out the 7 craziest new cones and cups you have to try in #Toronto (link in bio)! Photo by @booyahinc #dailyhiveto

Netflix & Chill took on real significance as temperatures soared during one of the hottest Toronto summers on record. Per usual, network TV went on summer vacation and the streaming service saved the day with this retro summer thriller. (Watch the first teaser for Season 2 here.)

Queing up for ‘Que

Ribfests aside, Toronto BBQ doesn’t usually merit a line-up. Summer ‘16 saw the introduction of Adamson’s and J&J Bar-B-Que serving up truly exceptional BBQ brisket, ribs, sausages and glorious sides. In true Texas style, both outfits produce only limited quantities each day which means selling out is almost a certainty.

Partying at an abandoned power plant

The venue for Luminato this year offered the chance to explore this abandoned industrial complex. Between dance parties, art exhibitions and fancy French restaurants popping up on the premises, the retired generating station never looked so good.

It wasn’t a mirage if some cooler-toting figure hawking icy treats appeared out of nowhere on the nude beach this summer. Bless Toronto and its thriving bootstrap businesses.