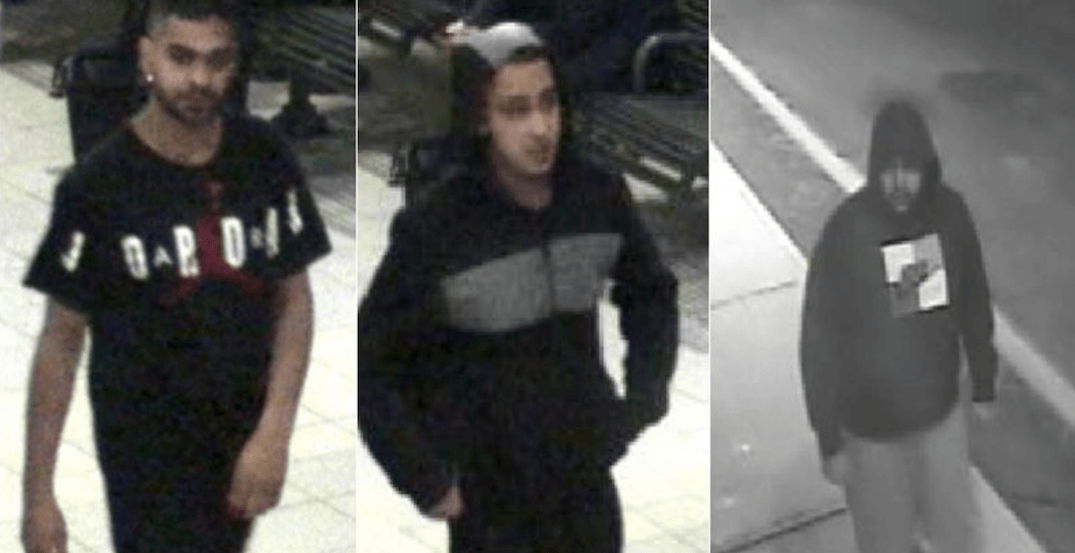 Investigators in Ontario continue to look for the suspects involved in a vicious assault on an autistic male in Mississauga, and now believe the men could be from BC.

According to police, on Tuesday March 13, at approximately 10:45 pm, they received a call with regards to a violent assault at the Square One bus terminal in Mississauga.

Peel Regional Police and investigators have been following up on tips from the community and are now extending their request for assistance from the residents British Columbia.

They say they have credible information that the men responsible are originally from BC, specifically the Lower Mainland area and they recently travelled to the Greater Toronto Area.

Police are asking the public’s assistance, especially on the West Coast, to view the footage below and help identify the suspects responsible for this assault.

Police describe the suspects as:

Suspect #2: South Asian Male, light complexion, 5’10”, thin build, clean shaven. He is wearing a black jacket with a grey horizontal stripe across the chest and a grey vertical stripe along the hood, black track pants and black shoes.

Suspect #3: South Asian Male, medium complexion, 5’10”, medium build, unshaven. He is wearing a black hoodie with a Nike logo on the front and white Nike lettering along the sleeves, black track pants and black shoes.

Anyone with information regarding this incident is asked to contact investigators with the 12 Division Criminal Investigation Bureau at (905) 453-2121, ext. 1233.