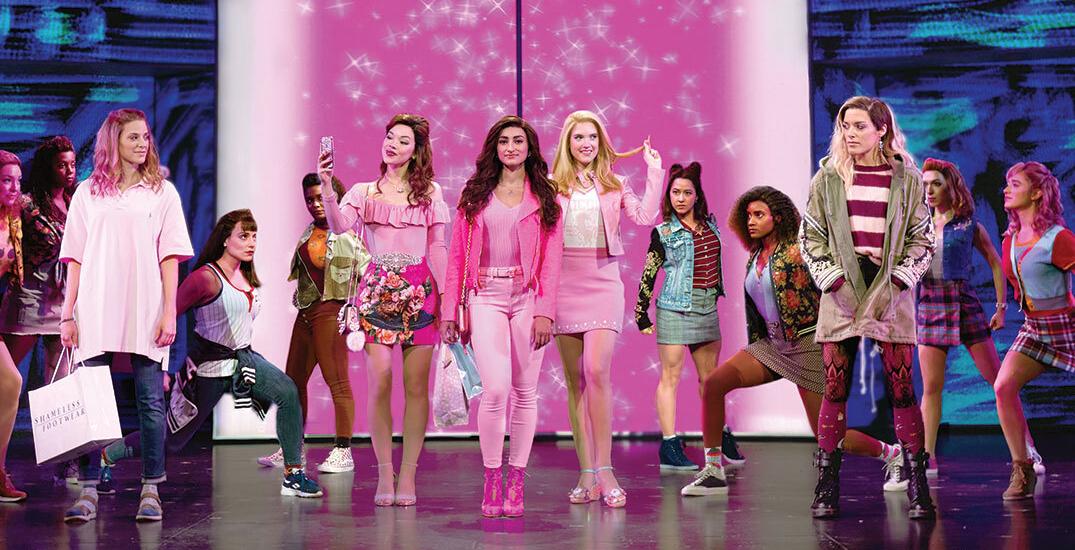 Get in loser, we’re going to the theatre!

In a press release this morning, Mirvish Productions announced Mean Girls will play a very limited run from October 25 to November 27 at the Princess of Wales Theatre.

The musical originally opened at Broadway’s August Wilson Theatre in April 2018 to rave reviews but had to shut down in early 2020 due to the pandemic. It was based on the 2004 blockbuster comedy also written by Fey.

Fans of the movie will remember Cady Heron, a naive teenage girl navigating her way through the social hierarchy of a modern American high school after years of being homeschooled in Africa. She soon comes head-to-head with The Plastics, a trio of frenemies led by the charming yet ruthless Regina George.

The show runs 2.5 hours long with an intermission. The performance schedule is as followed:

Tickets to Mean Girls go on sale Friday, August 19 on the Mirvish website and prices range from $39 to $185.