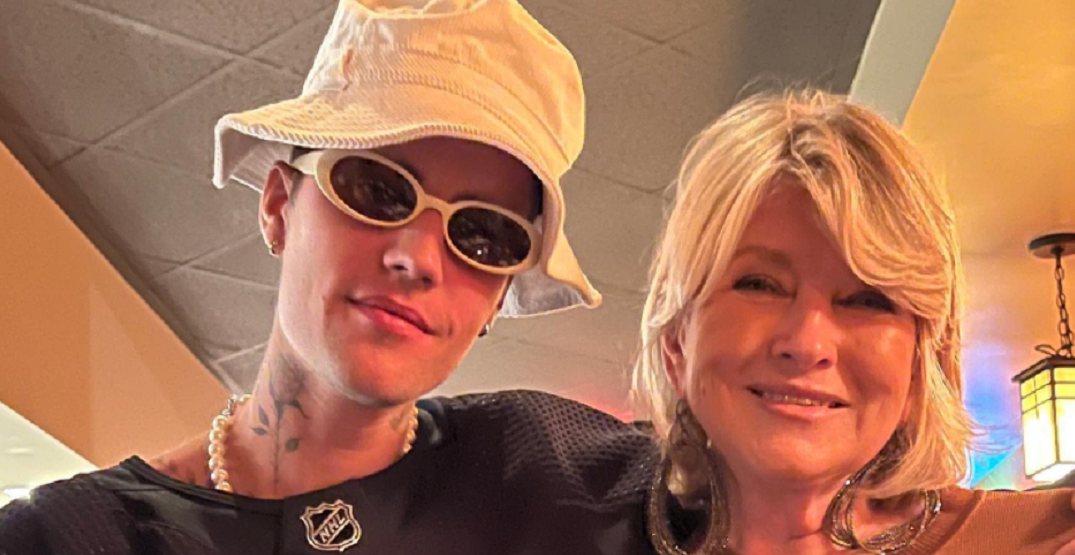 The newest Leafs jersey might have been leaked by… Justin Bieber and Martha Stewart?

In a post shared last night on Instagram by Stewart, the pair snapped a pic together while Bieber was out celebrating his 28th birthday on March 1.

“Looking skinny yet fit and happy with a very attractive bunch of friends,” Stewart wrote in the caption. “Justin Bieber was at sushi park restaurant celebrating his 28th birthday! Happy birthday!!”

Normally, two celebrities sharing a photo with each other is just another day on the internet, but Bieber’s Leafs jersey drew a few eyeballs. For one, it appeared to be either a darker blue or even a black tone, a strong departure from the Leafs’ more typical royal blue.

Second, the Leafs logo itself is a dark-on-dark emblem, with the team usually opting for the white maple leaf when wearing its blue jerseys.

The Leafs shared a video Wednesday about “The Flipside” highlighting: “A month of perspectives”, which would potentially line up with the Leafs trying something completely different with their uniform.

A look at The Flipside of hockey 🔃

The Leafs also posted yesterday on Twitter that they’re “flipping things for March”, highlighting three games: their Heritage Classic against the Sabres on March 13, their St. Patrick’s Day game on March 17, and a Next Gen game, which was originally supposed to take place in December against St. Louis before a COVID-19 outbreak caused the traditional kids-oriented game to be postponed.

No specific date has been selected for the game, though there are nine remaining home games in March for the team to pick from.

One theory? Either Adidas or the Leafs sent Bieber a care package with the jersey inside, but it arrived sooner than expected and he went around Los Angeles wearing it.

Whether Bieber — and Stewart — actually leaked the jersey or not, we should get a clearer picture in the coming days.