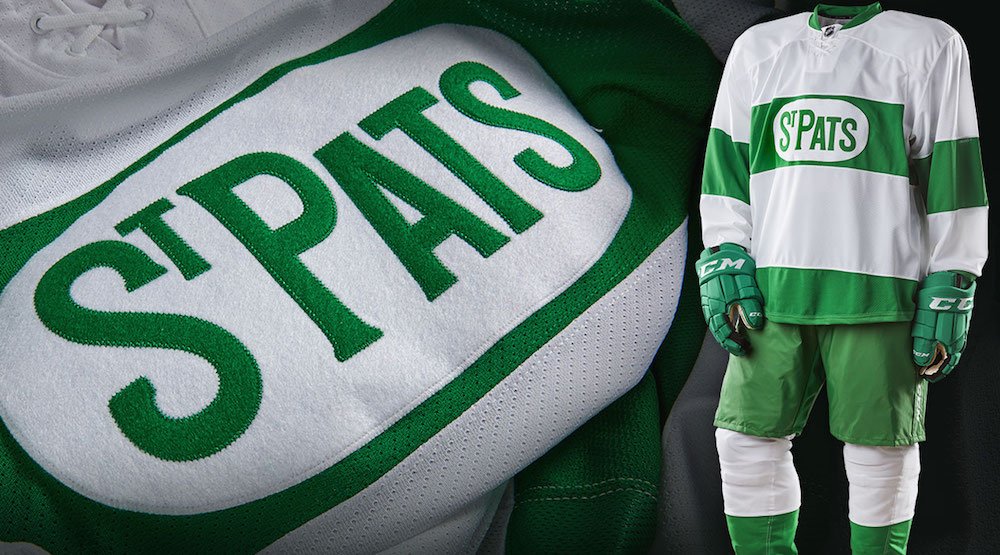 The Toronto Maple Leafs are going retro for their home game on March 18 against the Chicago Blackhawks.

The Toronto St. Pats entered the National Hockey League in 1919, and remained until 1927 when they changed their name to the Toronto Maple Leafs.

The green and white jerseys were worn by such legendary players as Hap Day, Babe Dye, and Jack Adams. It’s also the same look they had when they won the 1922 Stanley Cup.