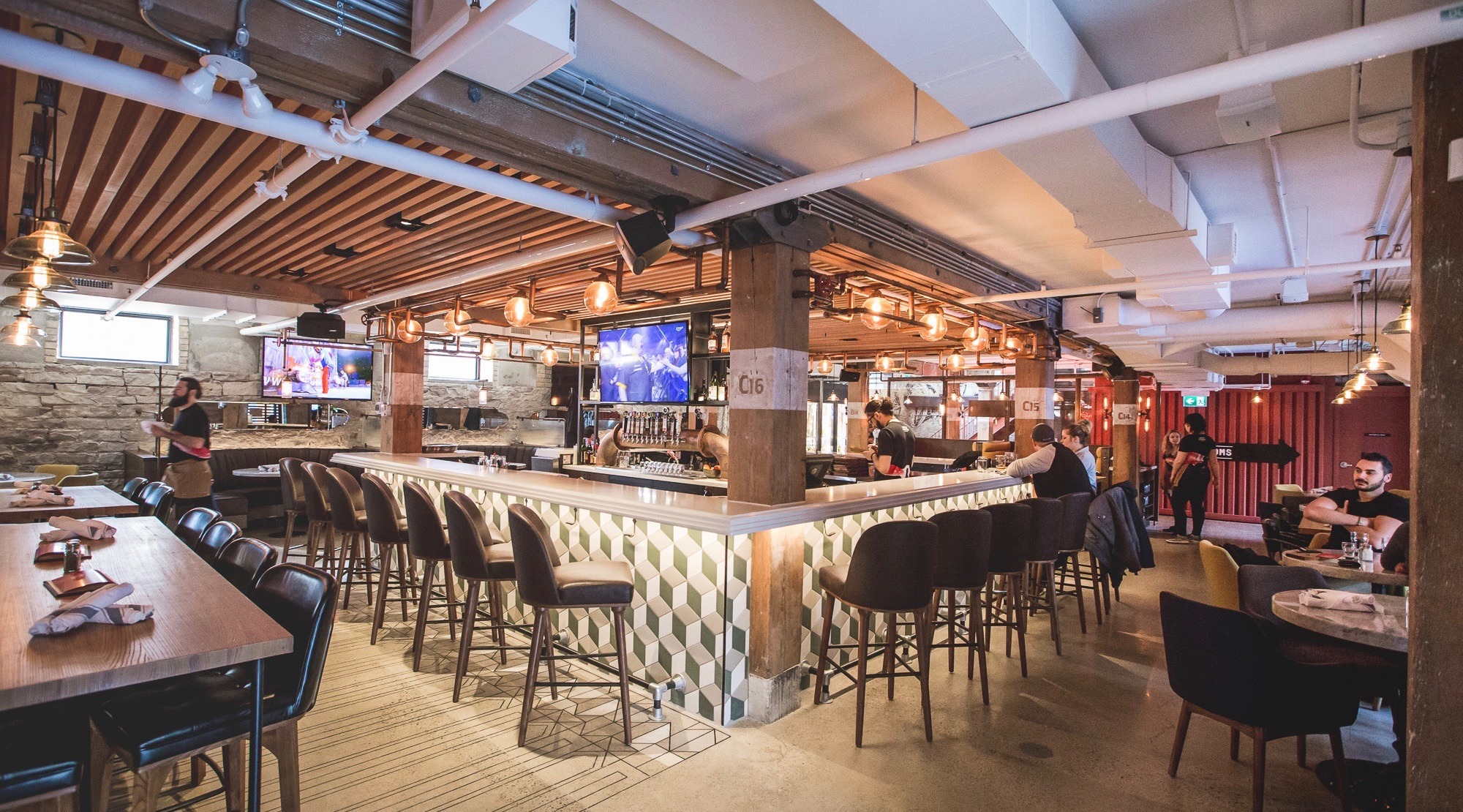 Liberty Commons is a modern-day brewpub where food and drink are treated with equal reverence.

Occupying the lower level of the two-floor heritage building in Liberty Village, the subterranean dining room boasts a central bar, cozy booths, and casual vibe that serves as an all-in-one destination for brunch, lunch, dinner, and drinks… not to mention you can pick up a six pack on the way out by taking a detour through the beer shop and tap room. 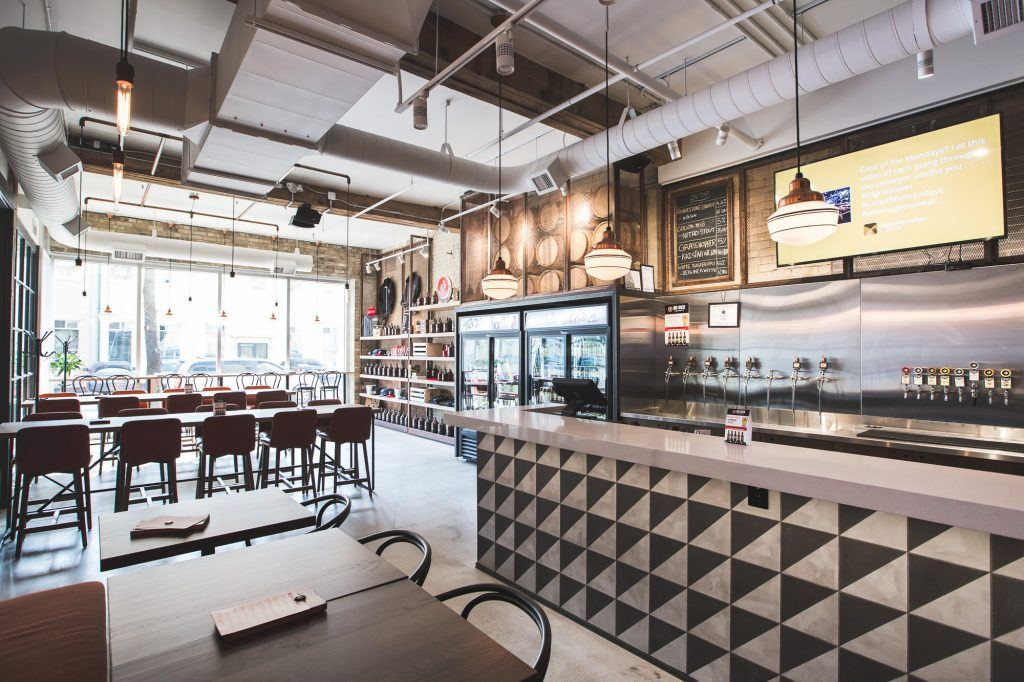 The brewpub is a collaboration between Oliver & Bonacini and Big Rock Brewery where O&B Corporate Executive Chef Anthony Walsh and District Executive Chef John Horne along with Chef de Cuisine Ryan Lister, and Brewmaster Connor K. Patrick and Brewer Dan Ellis each oversee their respective realms while also influencing each other and improvising, kind of like a jazz band on hops. 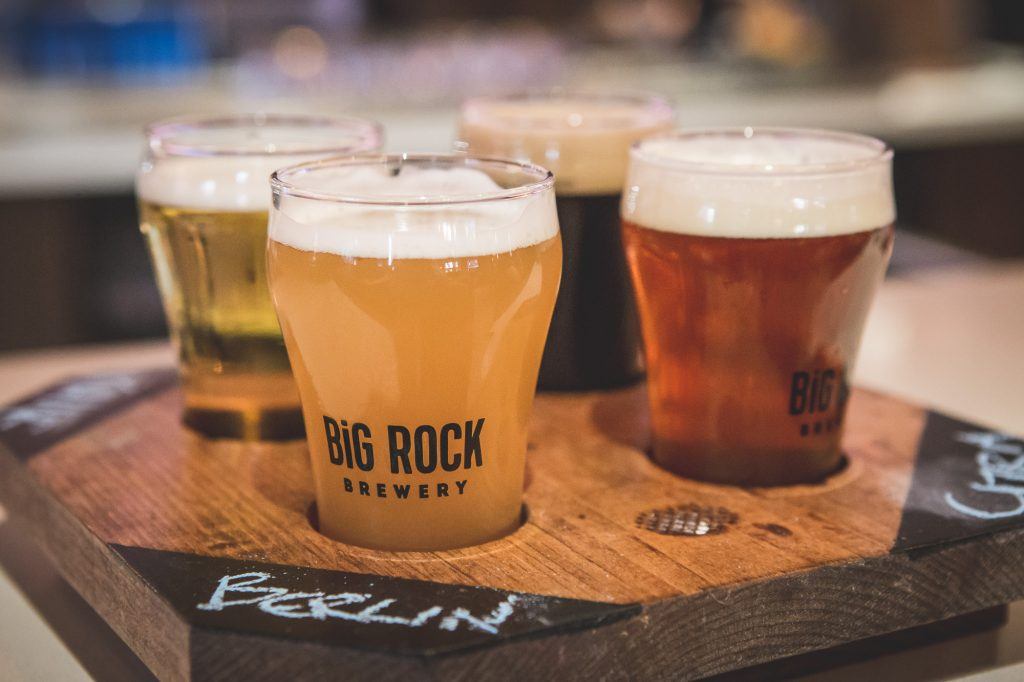 The house brews are the main event behind the bar and eight signature Big Rock beers are fixtures on tap, along with two nano brews and a rotating guest feature. Tasting flights of four 6 oz samples make it especially easy to get acquainted with the selection. 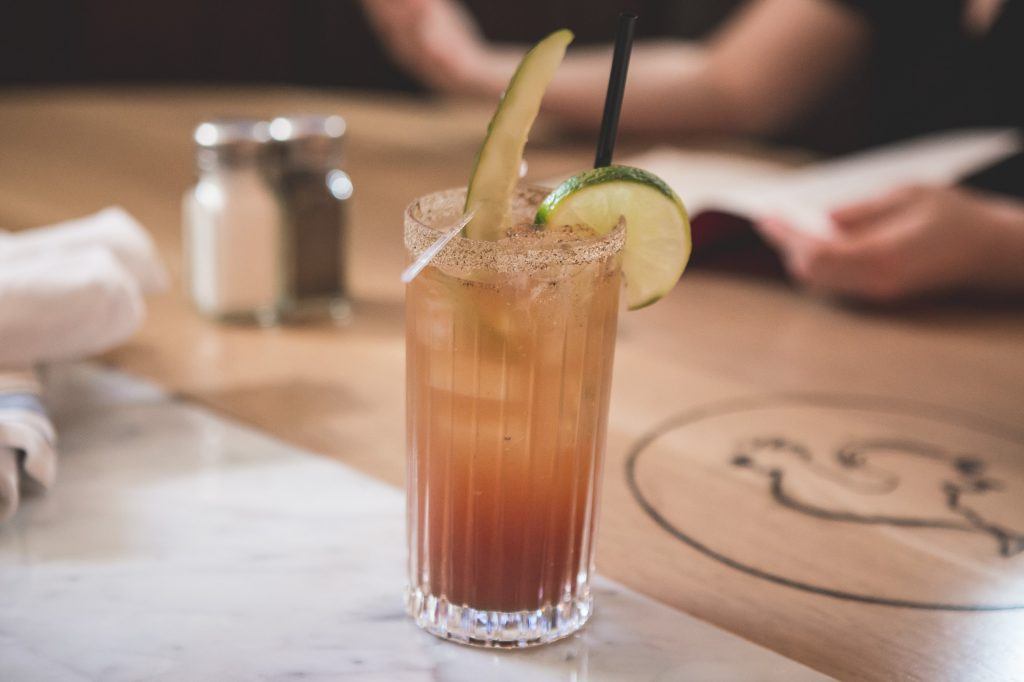 At least half of the cocktail menu is drunk on the house suds too. There are cider-spiked sangrias, hop sours, and micheladas on offer alongside standard spirit-based bevies such as mojitos and negronis. 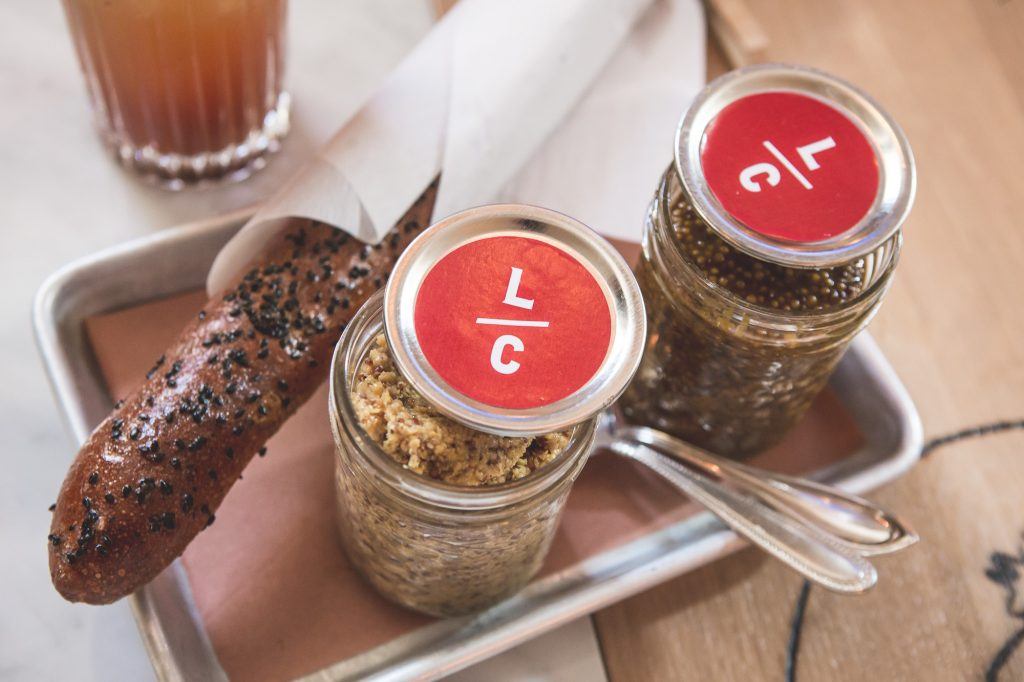 Snacky foods like the warm chewy O&B Artisan pretzel with spicy and crunchy, beer-infused mustards offer a little something to nosh on in between sips. 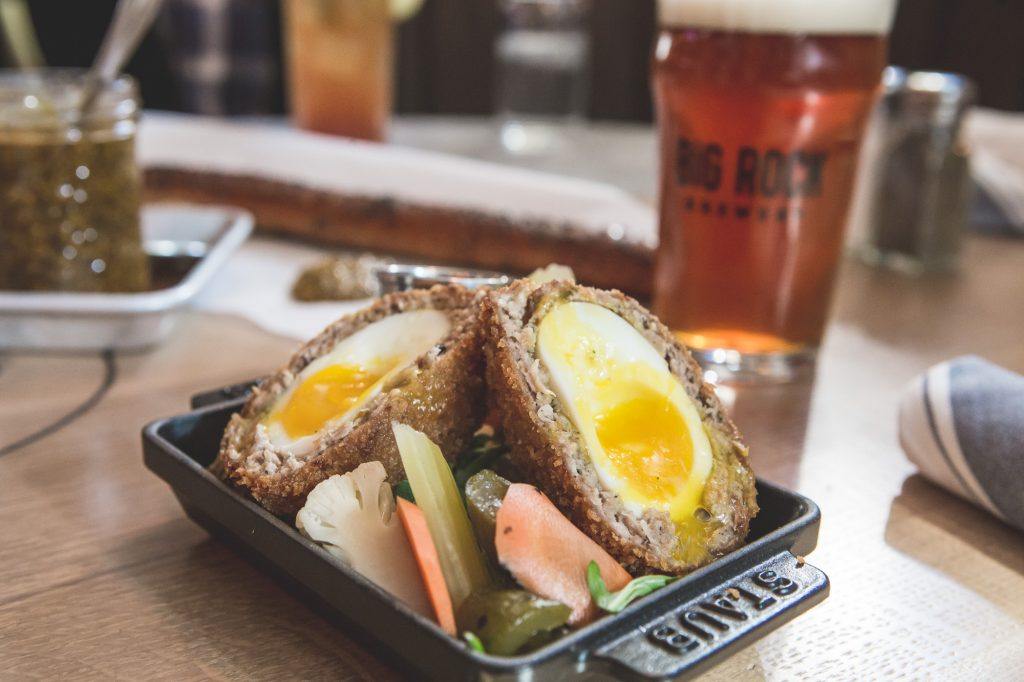 More substantial and yet commendably cheap (just $5!) is the Scotch Egg featuring a sunny egg encircled in sausage and breaded in a pretzel crumble with a little mace and nutmeg for good measure. 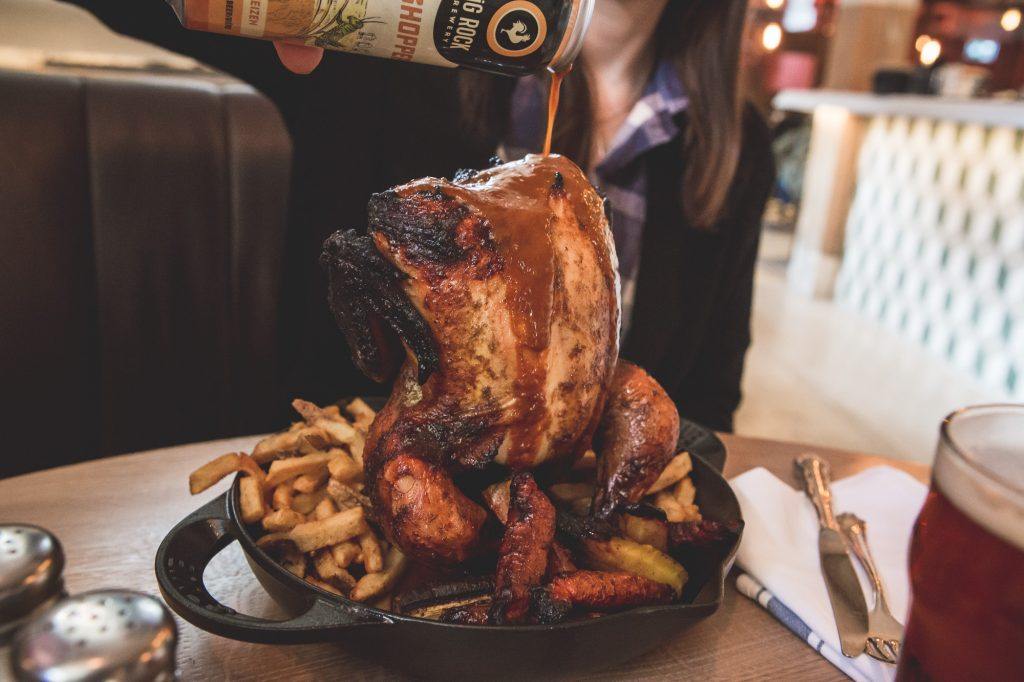 Coq on a Can is a beautifully presented poultry dish meant to be taken down by tables of two or three. The shareable feast comes with fries and charcoal roasted root veggies, though it’s the moist slow-smoked, beer-brined chicken that is clearly the star.

If the kitchen had a hidden talent, it would probably be its BBQ. Occupying just a tiny fraction of the menu, it’s easy to overlook the laconic entries that merely read: pork sausage, jerk chicken, brisket, ribs, and charcoal-roasted eggplant… but you shouldn’t.

Served with a Traditional Ale BBQ sauce, coleslaw, potato salad and a cheese scone, the meaty meals are available for dine-in while also dominating the weekday take-out menu. 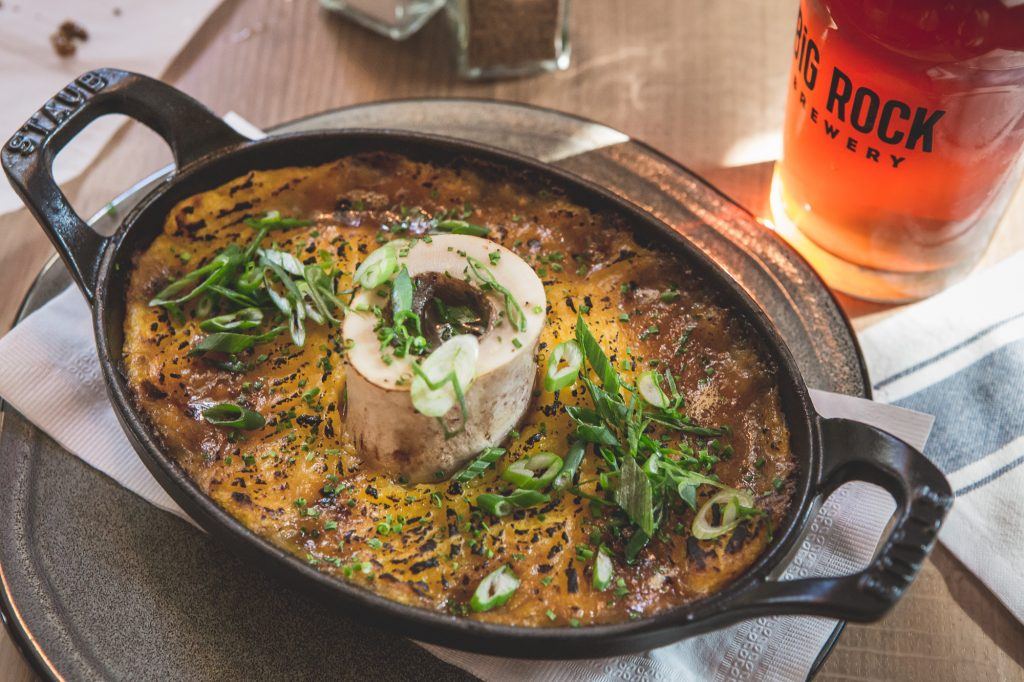 Of course, there’s no shortage of pubby staples on offer either.

A rarebit mac ‘n cauliflower cheese studded with cheese curds qualifies as a vegetarian entree, while devoted carnivores can get down with burgers, steak frites, or an incredible cottage pie topped with carrot-stained potatoes and finished with optional bone marrow. 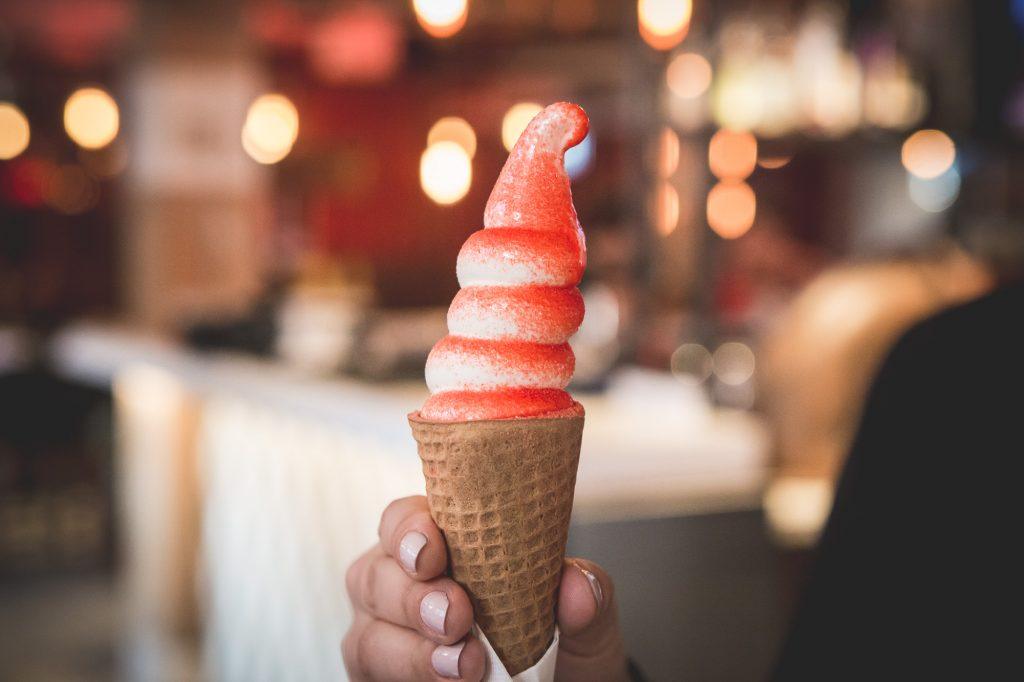 Cold weather comforts like rice pudding and sticky toffee pudding are in their prime right now in the late winter, while sugar-dusted soft serve patiently awaits the incoming patio weather for its time to shine.