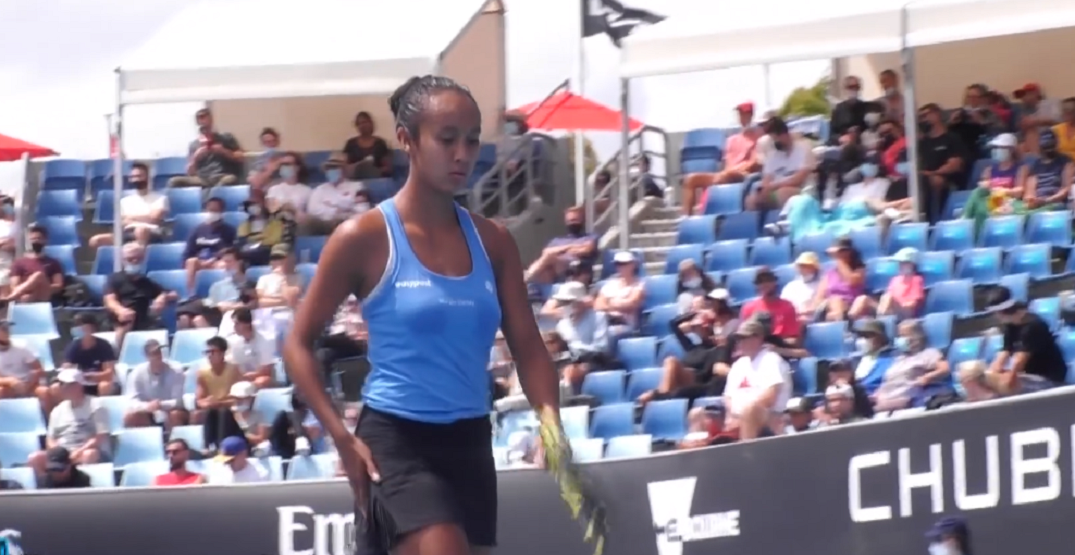 Leylah Fernandez didn’t quite have the performance at the 2022 Australian Open she planned for.

In her first Grand Slam match since the 2021 US Open final, the 19-year-old Canadian Fernandez crashed out of the Australian Open by a 6-4, 6-2 score against unseeded Australian Maddison Inglis.

Double faults were killer for the 23-seeded Fernandez, who suffered six of them throughout the match.

It’s hard to categorize the loss as anything other than a major upset: Inglis is currently ranked 133 in the WTA rankings, more than 100 spots behind the 24th-ranked Fernandez.

Fernandez enjoyed considerable success in 2021, finding her way all the way to her first Grand Slam final at September’s US Open, before falling to Emma Radacanu. Fernandez began the year ranked 88 in the WTA singles ranking, before climbing up to her current ranking by the end of the year.

Rebecca Marino is the lone Canadian woman remaining in the draw, who is set to face Czechia’s Marie Bouzková later tonight in her first matchup.

In the men’s bracket, Canadian Denis Shapovalov won his first round matchup over Laslo Đere, while Felix Auger-Aliassime is set to face Emil Ruusuvuori later today.

The Australian Open began on Sunday (Monday in Australia) and runs through January 30.