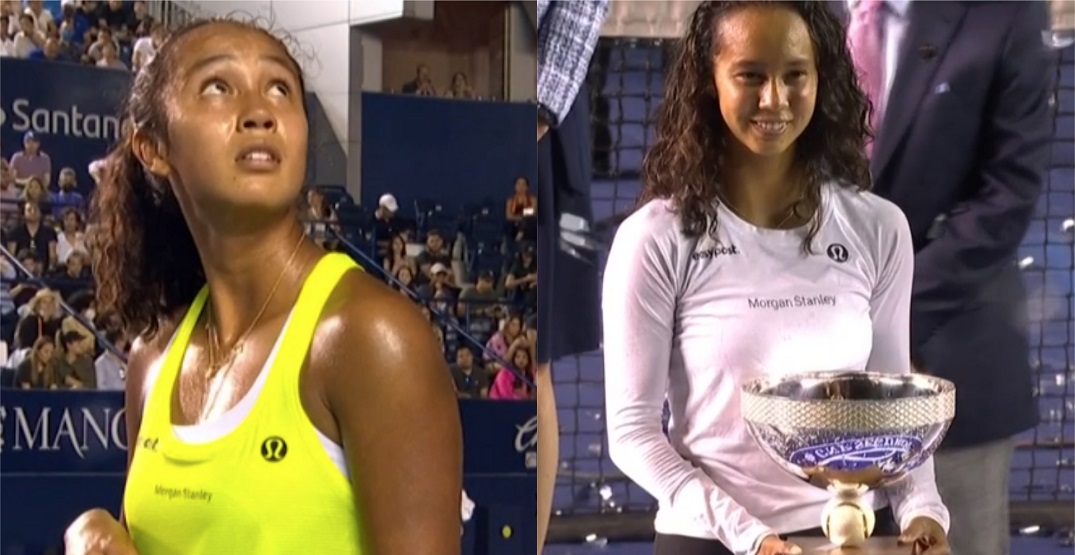 Not even a power outage can stop Canadian tennis star Leylah Fernandez.

Taking on Colombia’s Camila Osorio in the final of the Monterrey Open in Mexico, the 19-year-old Fernandez was one point away from dropping the championship.

In the midst of a back and forth final set, the lights suddenly went out mid-shot on parts of the court on a point that was awarded in favour of Osorio.

“They are talking to the president,” the chair umpire told Fernandez.  “This side is mostly lights on… we’re gonna wait for this light.”

Sound cut out on the DAZN broadcast of the event for a few moments, further putting viewers in the literal and figurative dark about what was going on.

What followed was a 15-minute delay while tournament organizers fixed the problem, with commentators stating they had to wait for the lights to cool down before they could be turned back on. Osorio and Fernandez waited helplessly for play to resume.

Perhaps the power outage was just what Leylah Fernandez needed, though.

Fernandez won the next three points, forcing a tiebreak. In the tiebreak, Fernandez prevailed by a 7-3 score, winning the Monterrey Open for a second time in a row after winning the title in 2021.