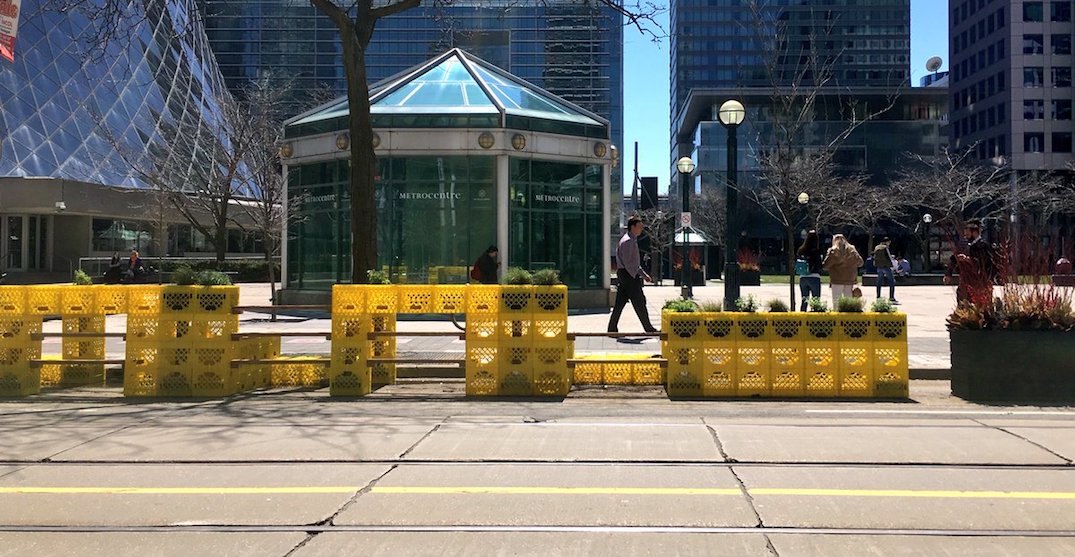 A section along King Street West is bound to make you feel like a kid again.

Shortly after the launch of the King Street Pilot, designed to improve transit reliability and efficiency, the City said that it also aims to “improve place-making and support economic prosperity.”

And with that, Toronto launched the “Everyone is King” design competition in January.

As part of the Pilot, 19 new curb lane public spaces between Bathurst and Jarvis were proposed to be created.

Now, residents in the downtown core are already seeing the results of the design competition.

Among the winners is a design called Everyone is (a) Kid, “which aims to engage the child in all of us to rediscover King Street.” 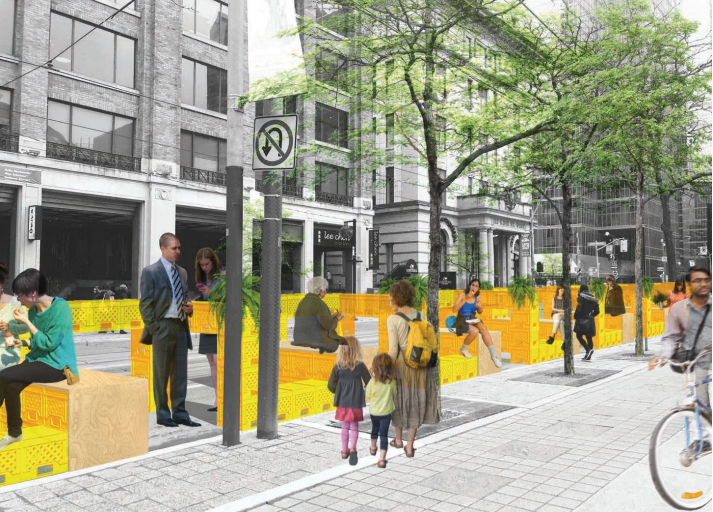 EVERYONE IS (A) KID concept design/City of Toronto

The spaces, made of milk crates and Lego-inspired forms, integrate a light-hearted splash of childhood into the public realm.

“The burst of golden yellow in the daytime, or softly filtered by the street lights in the evenings, will create a destination for all to enjoy and a bright moment in everyone’s busy life on the busiest streetcar route in the city,” state the designers.

Have you had the chance to see the new installations yet?

A team of CS&Pers are very excited to have been chosen to construct their art installation as part of the king street pilot project! Visiting downtown? Check it out by Roy Thomson Hall #everyoneisakid #everyoneisking pic.twitter.com/GzDZnwOSH6

With milk crates you can do anything, even create quick-and-dirty public realm. #kingstreetpilot pic.twitter.com/7YukJNTeeb

Nice to see some of the temporary parklets coming together along King St as part of the #KingStreetPilot. Bring on warmer weather! #SitTO pic.twitter.com/2PDyz83C3t

And for those who may head East on King Street, across from the King Edward Hotel, another installation can be spotted.

Face to Face/Tête à Tête creates a place for shared conversation along the street, state the designers.

Get ready for chats (probably about transit) along King Street, Toronto.