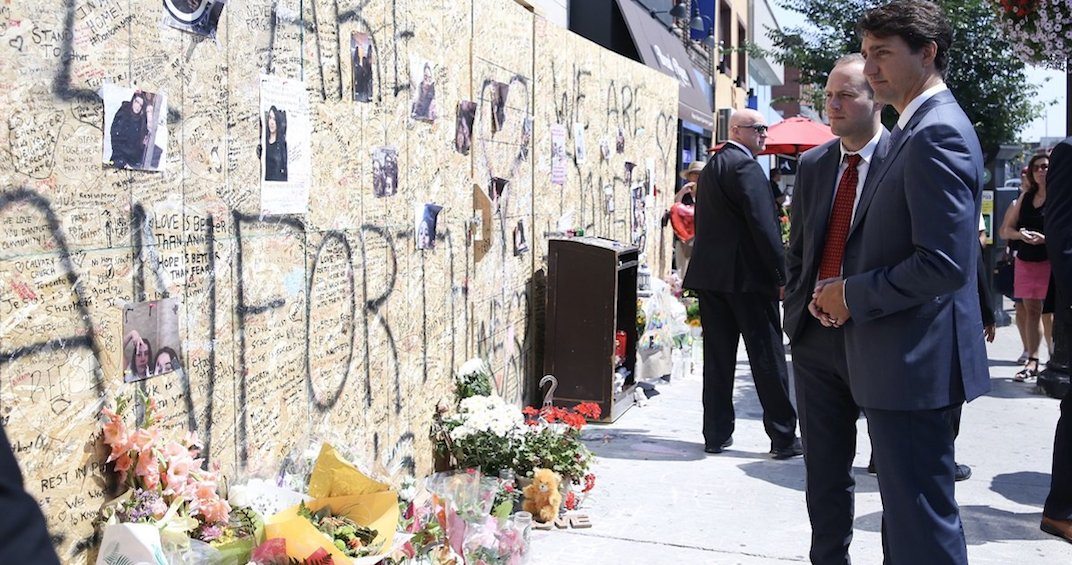 Prime Minister Justin Trudeau will deliver remarks at the opening ceremonies for Toronto’s Taste of the Danforth festival tonight along with Mayor John Tory.

The festival kicks off its 25th year just weeks after the tragic shooting that injured 13 people and claimed two lives.

The official opening ceremonies take place at the main stage at Danforth Avenue and Logan Avenue (484 Danforth Avenue) at 8 pm, and will observe a moment of silence for victims Reese Fallon and Julianna Kozis. The ceremony will also honour the heroic actions of the first responders including police, firefighters, EMS responders, and ordinary citizens that helped those in need.

Attendees to this year’s festival will also be able to pay their respects near St. Barnabas Church at 361 Danforth Avenue, where a memorial will preserve tributes consolidated from the spontaneous memorials which popped up along the Danforth in the days and weeks since the shooting.

According to a news release, “when the festival is concluded, we will move this temporary memorial to the Logan Green Field Parkette, slightly north of the Alexander the Great Parkette on Logan. Plans will be made to create a permanent memorial in the near future.”

In support of victims of the July 22nd Danforth tragedy, the festival will also sell T-shirts and buttons to donate proceeds to #TorontoStrong fund, organized by the City of Toronto and the Toronto Foundation.