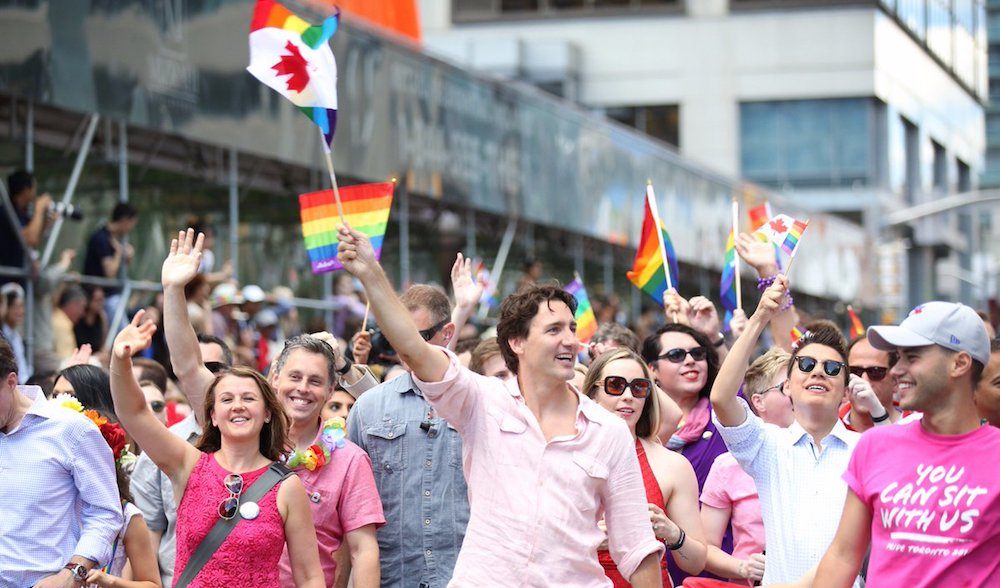 Trudeau was the first Prime Minister to participant in the parade.

This year, Trudeau returns to the streets of Toronto this weekend to take part in the annual Pride Parade.

Pride Toronto made the announcement on Friday morning, stating that he will be joined by Aboriginal First Nations Chief Perry Bellegarde. Bellegarde will be the first National Chief to ever participate in Pride, according to organizers.

The leaders will be attending the event alongside Premier Kathleen Wynne and Mayor John Tory.

The Pride Parade is on Sunday, June 25 and starts at 2 pm at Bloor and Church. The Parade will head south on Yonge Street to Yonge-Dundas Square.