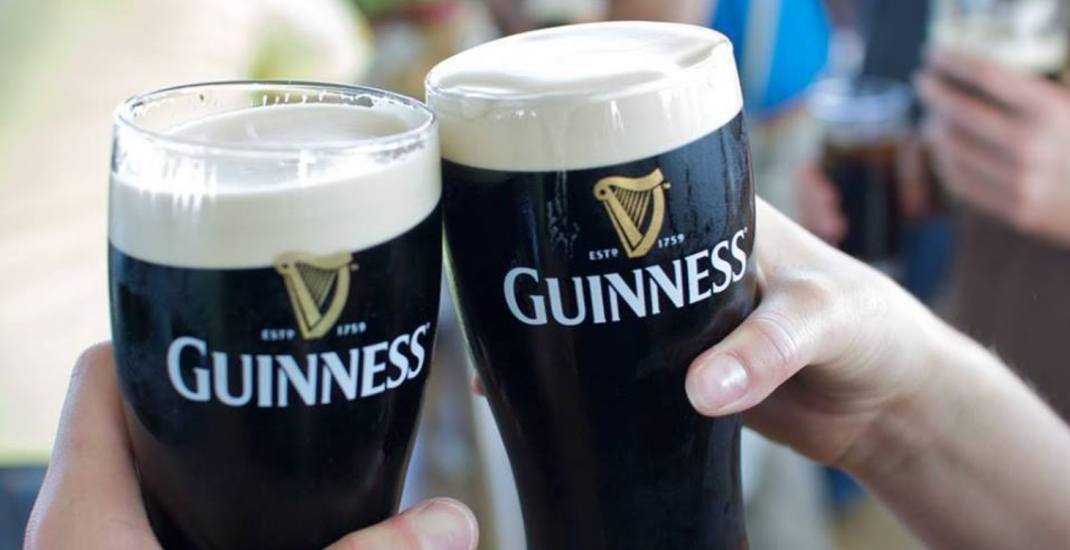 That perfect pour of Guinness, no shortage of good whiskey, and ALL the essential pub grub! These public houses in the city know how to offer the full Irish experience right here in Toronto.

Here are 17 of the best Irish pubs in Toronto! 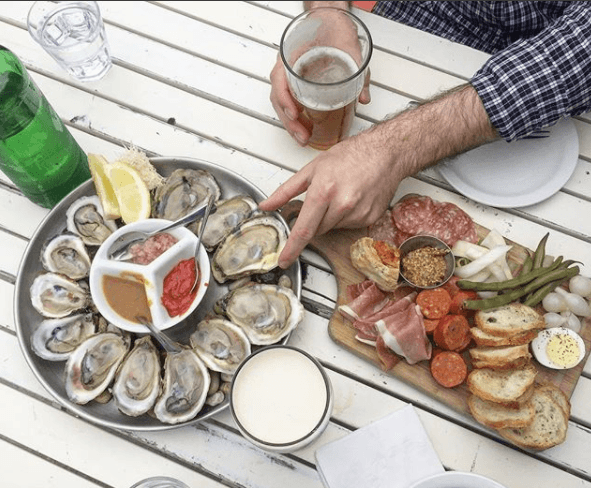 The name of this pub comes from the gaelic word céilí which means a social gathering with Irish folk music and traditional dancing. Look forward to an impressive whiskey list and menu options like fresh oysters, mussels, and ‘cottage boards’ loaded with crusty bread, cured meats and cheeses. 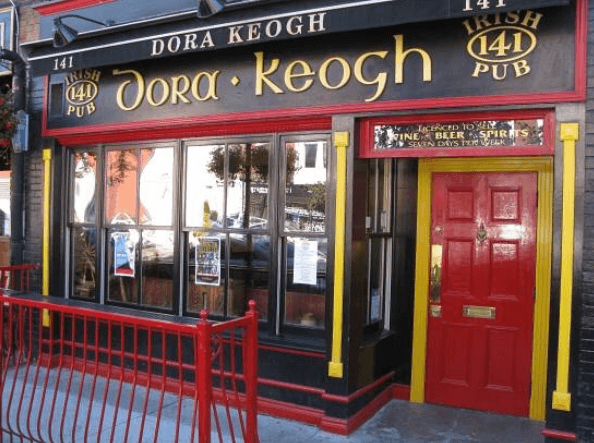 Come for the traditional Irish music, stay for the good cheer, beer, and delicious food!  This cozy Irish pub in Danforth has been around since 1997 and features live music sessions that draw in quite the crowd on Thursday nights and weekend afternoons. 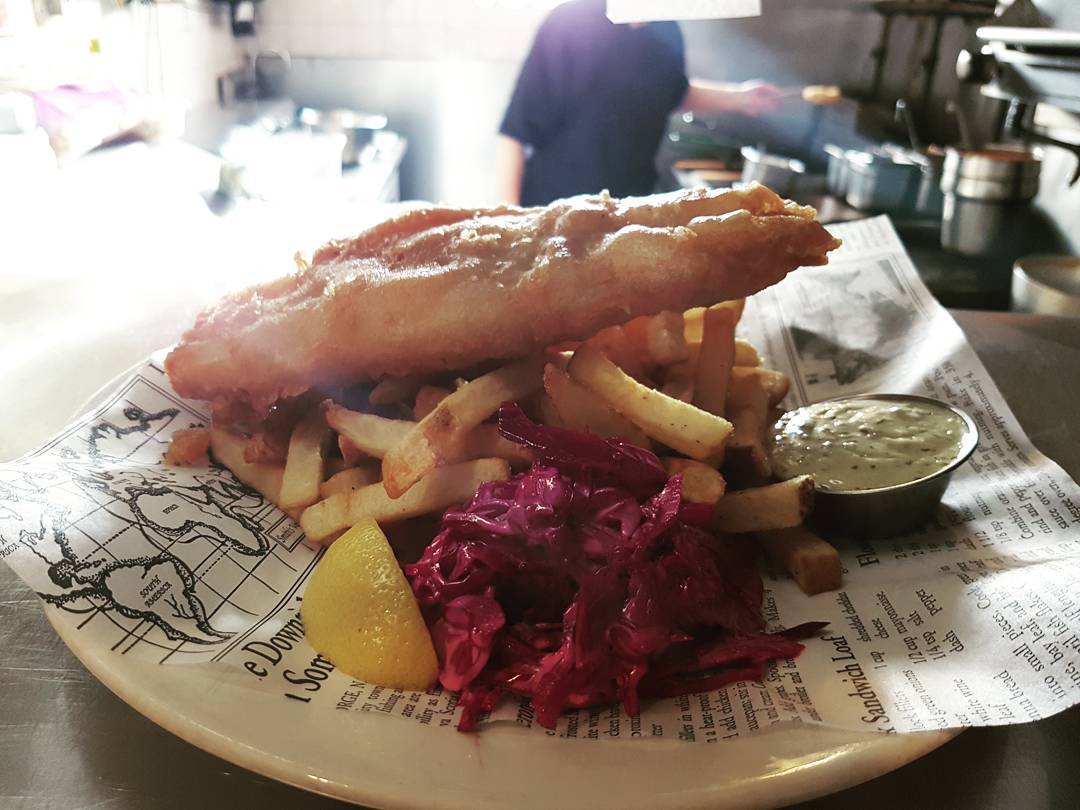 Aside from the sheppard’s pie and fish and chips, the food menu at this Irish pub is more “-ish” than “Ir.” Even still, selections like the Hot Mess Poutine are delicious, and the convivial vibe and craft beer list will have you coming back again and again. 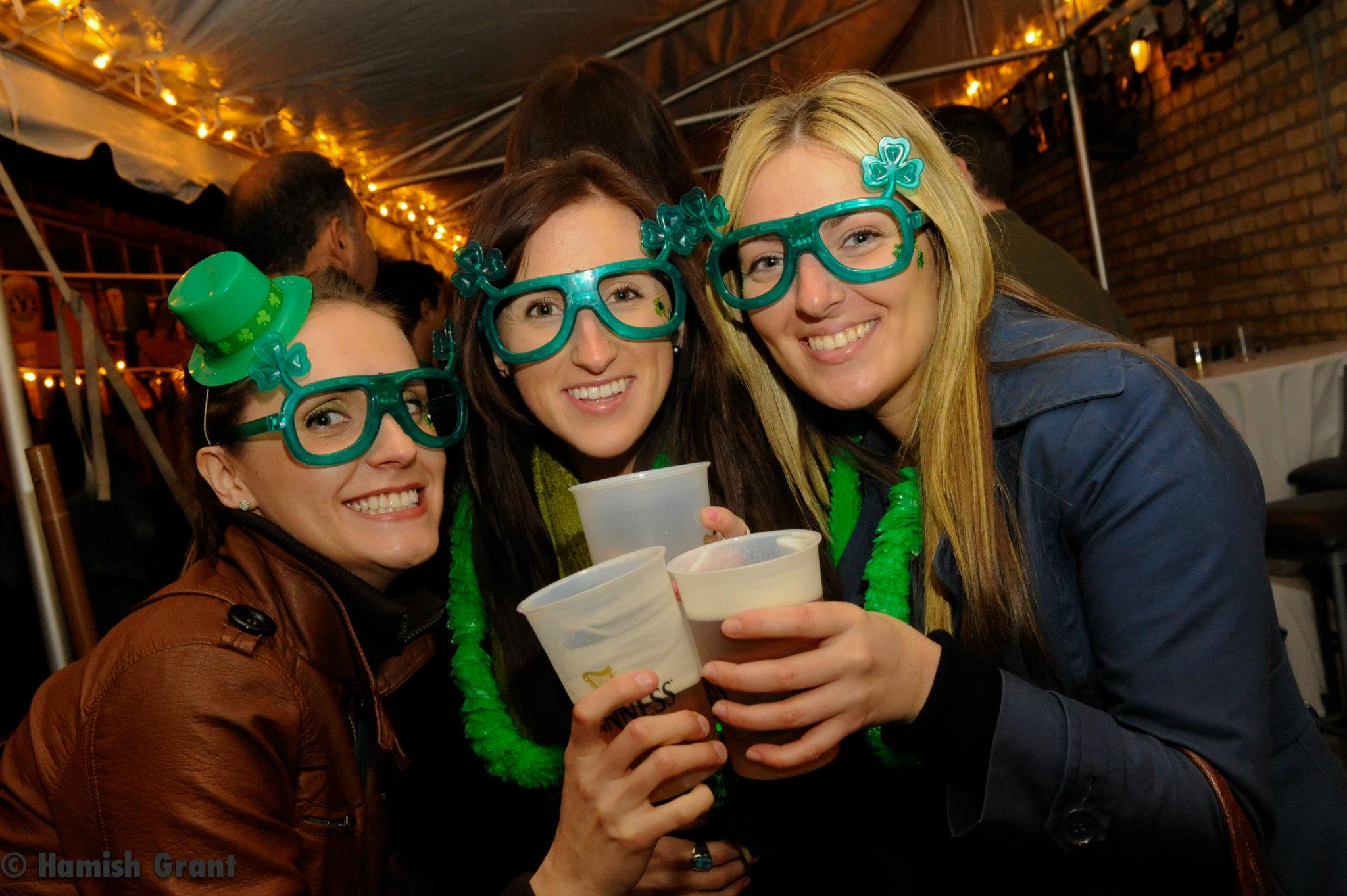 This modern Irish pub in the Fashion District has live music most nights and serves up classic Irish pub fare like Cornish Pasties and Lamb Vindaloo Pie along with an extensive array of curries, roast meats, and other pub staples. 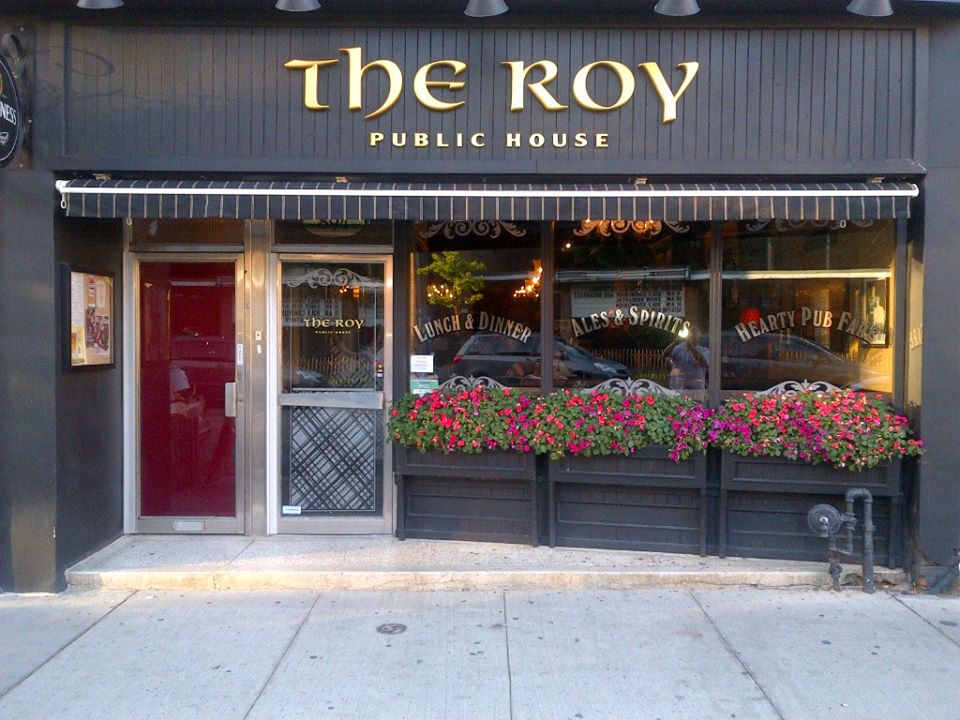 Pot pies, curries, and sticky toffee pudding are among the house favourites at this Irish public house that has been pouring pints for Leslieville locals for nearly a decade. 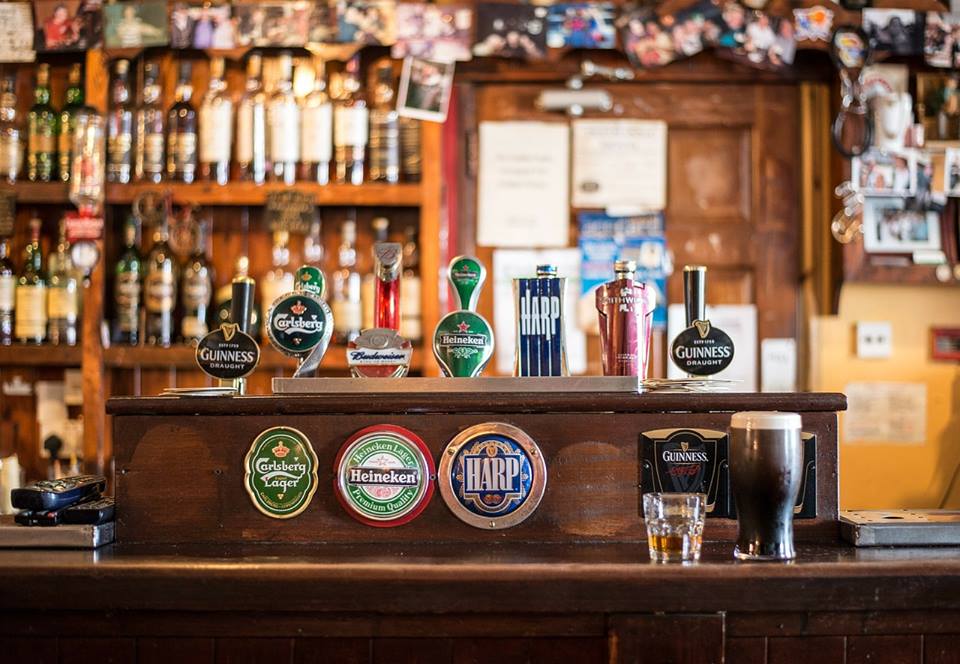 Situated in a Scarborough strip mall, this pub offers vintage vibes mixed with traditional Irish charm. Known for having some of the best wings in town, their Monday night wing special often attracts locals from near and far. The next best thing is their hearty Irish breakfast which is served on the weekends till 3 pm.

Irish stew with soda bread, curry fries, and fish and chips are menu staples at McVeigh’s. The Irish pub was first established in 1962 and is known to host live folk music and offer plenty of whiskey in a laid-back vibe. 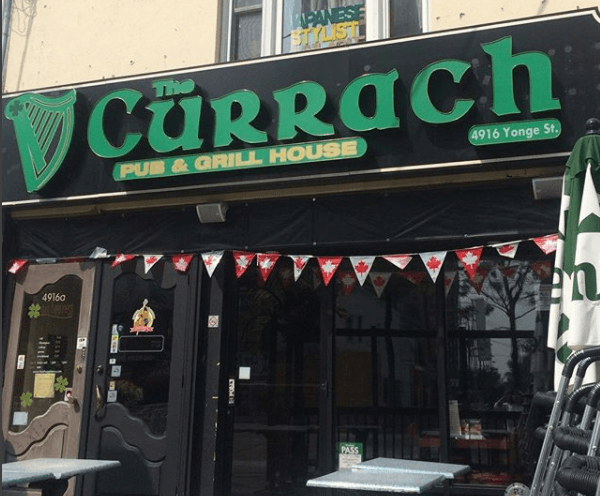 Daily specials, breakfast on the weekends, reasonably priced beer and bar bites – what’s not to like? Expect your typical pub favourites like nachos, burgers, and chicken wings along with Irish fare like bangers and beans, liver ’n’ onions, and Guinness steak and mushroom pie. 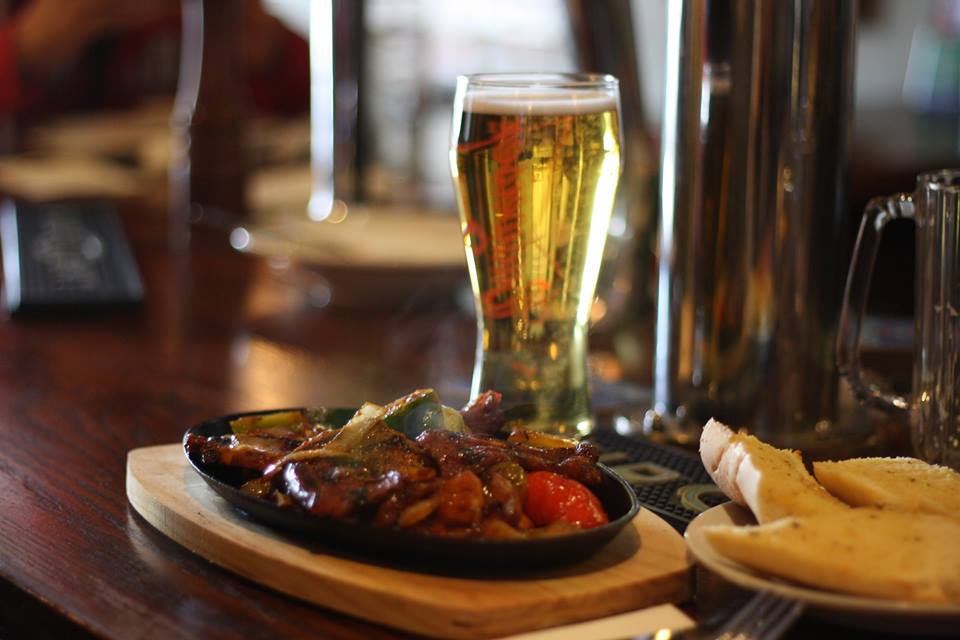 This cozy spot in Etobicoke has that Irish ambiance you’ve been searching for – not to mention a patio and an eclectic menu of comfort foods and deep-fried favourites. 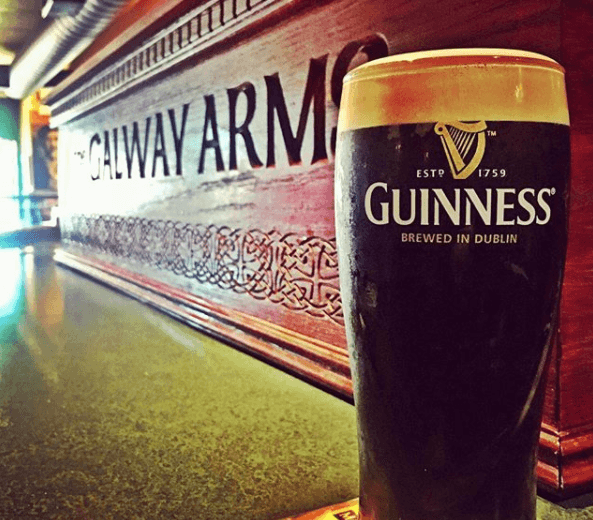 Located in Etobicoke, The Galway Arms has become a home away from home for locals since opening in 1991. This cozy bar offers a diverse menu featuring creations including Irish Nachos built over a base of crisscrossed potatoes, and Irish breakfast rolls (served all day) packed with eggs, Irish sausages, and peameal on a bun. 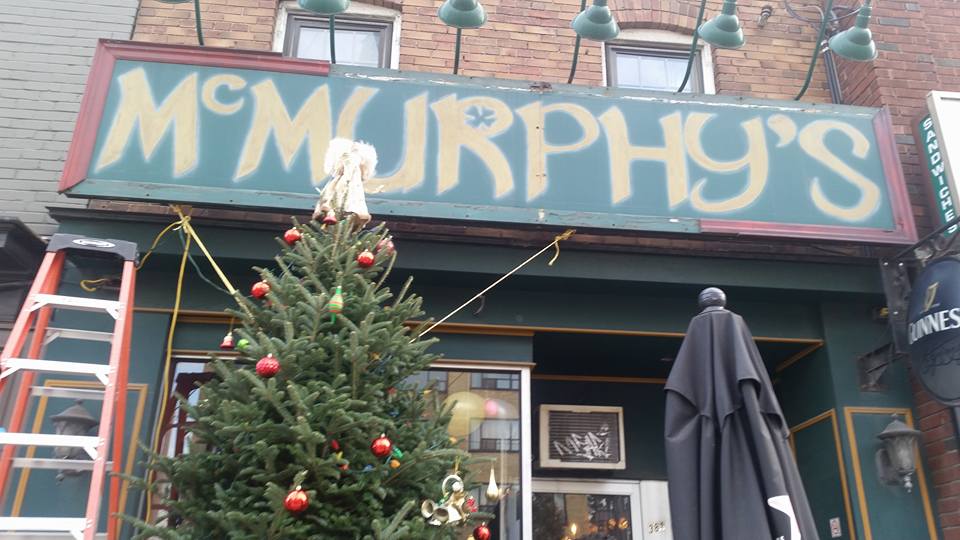 This local watering hole on Eglinton draws in a regular crowd who love its unpretentious vibe and good beer. McMurphy’s is known as a traditional Irish pub that comes with no frills and lots of character. 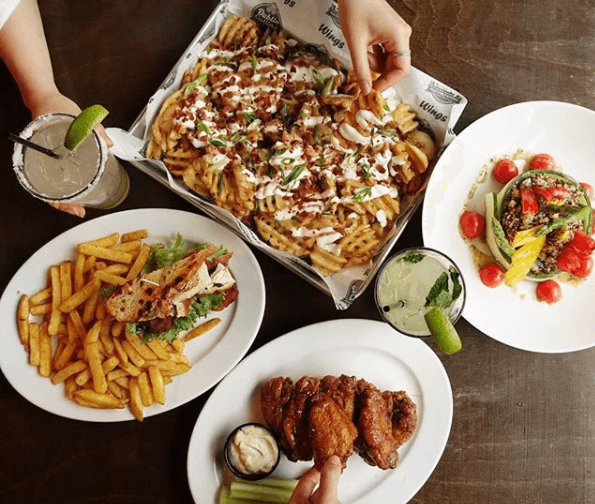 With locations in both Vancouver and Toronto, this bi-coastal bar slings typical pub food with an Irish twist. Standouts on the menu include the namesake burgers with Guinness cheese sauce, shepherds pie bites, and homemade Yorkshire with roasted beef short ribs. 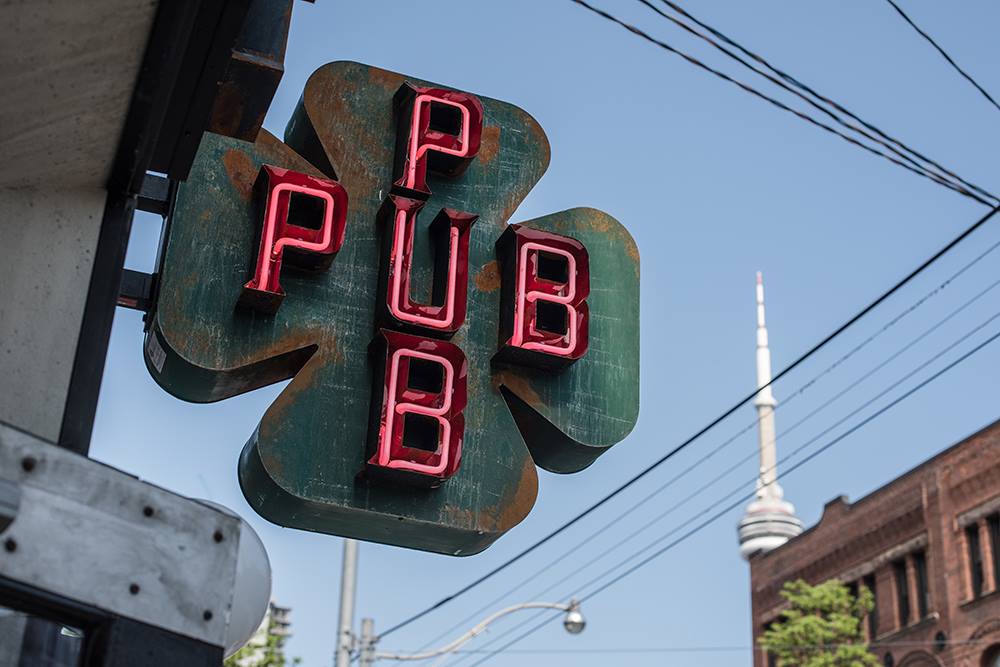 Irish in name alone (and a shared love for whiskey), this pub marked by a neon shamrock is still a great place to unwind on the patio with craft beers and eclectic bar bites including a crispy chicken sandwich, burger, and mac ’n’ cheese. 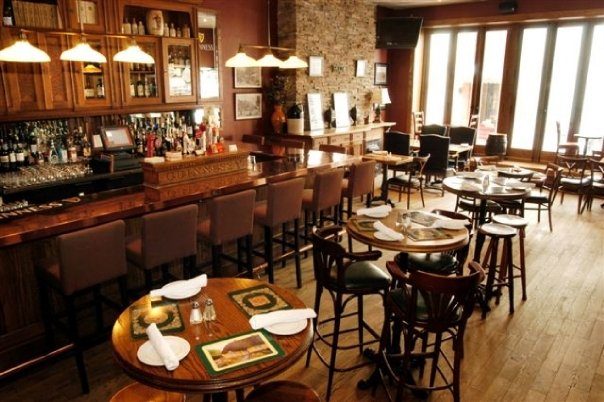 Located in the downtown core, this family-run bar takes pride in its history providing Toronto with a taste of true Irish hospitality. Here the menu boasts made-from-scratch staples like mussels, house-made sausages, shepherd’s pie, and a rich beef and Guinness stew. 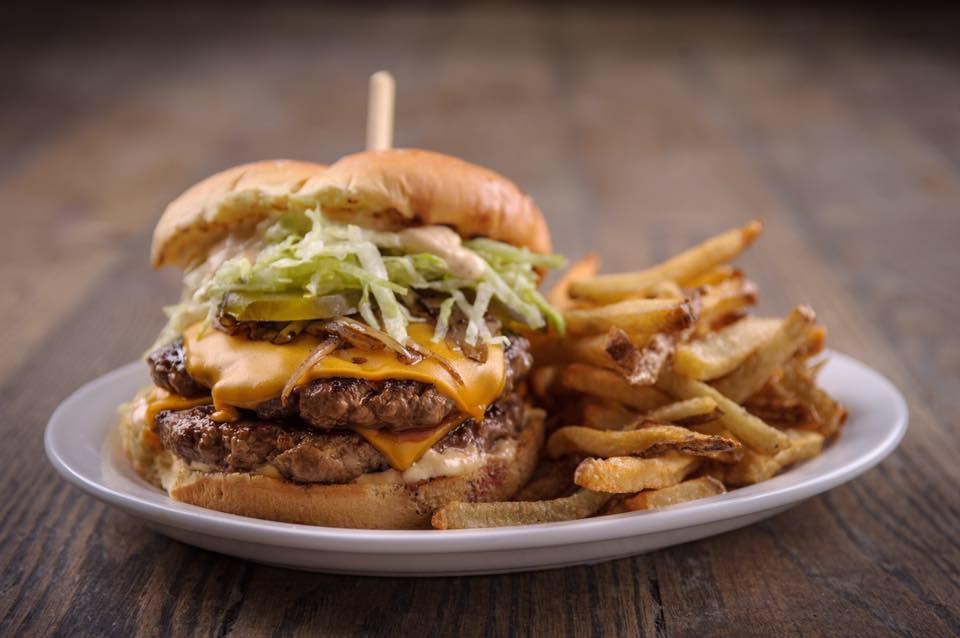 If live music and whiskey is your jam, then head to this High Park pub– a neighbourhood staple going on 25 years. The food here is good, the beer list is great, and the whiskey is even better. 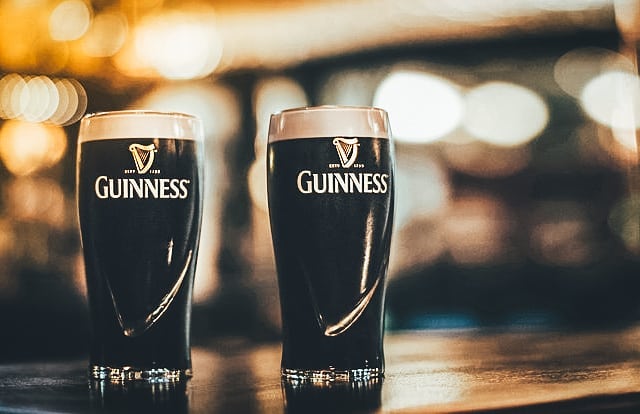 Satisfy all your cravings at this Irish public house in Liberty Village where the menu deals in dishes like whiskey-spiked bacon and cabbage soup, Guinness-braised pulled pork, Irish stew, cottage pie, and more. 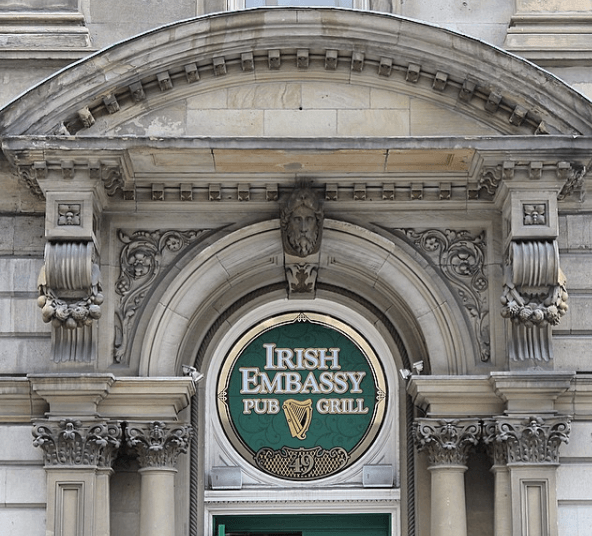 Located in the Financial District, this heritage site turned pub serves up signature dishes like Irish-style sausages with HP sauce and crisps, bangers and mash, fish and chips, and lamb stew– all things that pair best with a Guinness.